The Art of the Bible lecture at Dulwich Picture Gallery

All writers will know of the struggles, mental and physical, in completing a project. This is nothing new. In April 1091, the monk Dominicus described his relief at having completed writing out a large-scale copy of the book of Revelation and an associated commentary:

My book is ended … For the scribe it has been hard toil; for the reader it will be uplifting and refreshing. The scribe drains his body of strength, while the reader nourishes his mind. So if you gain anything from this work, forget not the labouring scribe … Those who cannot write think it no work at all. Should you, however, wish to know what labour it entails, I shall tell you how heavy a burden writing is. It brings darkness to your eyes, crooks your back, wrecks your ribs and stomach, pains your kidneys and engenders loathing of your body … As sweet as the home port is to the sailor, so is the final line to a scribe. The end. To God be thanks for ever. 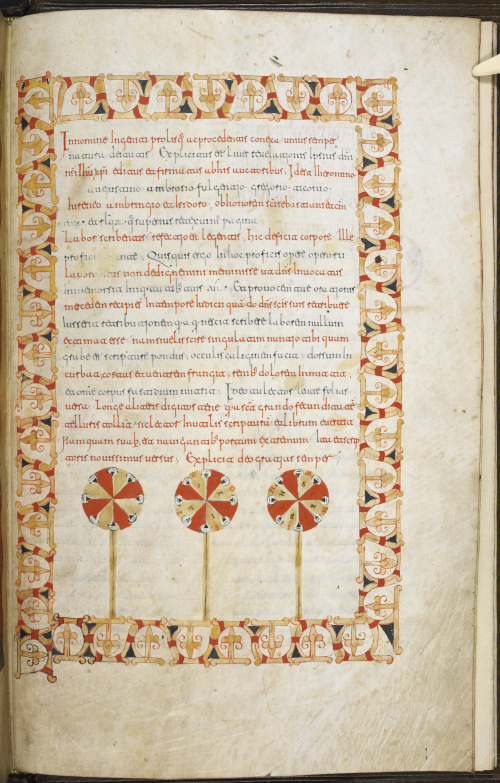 Colophon in which Dominicus describes his relief, from the Silos Apocalypse, Add MS 11695, f. 278r

Dominicus also identified himself and brother Munnio, monks at the abbey of Santo Domingo in northern Spain, as the scribes of the work in an inscription, and possibly also the flowers below it: ‘Scribano Monnio’ and ‘scribano Dominico’. 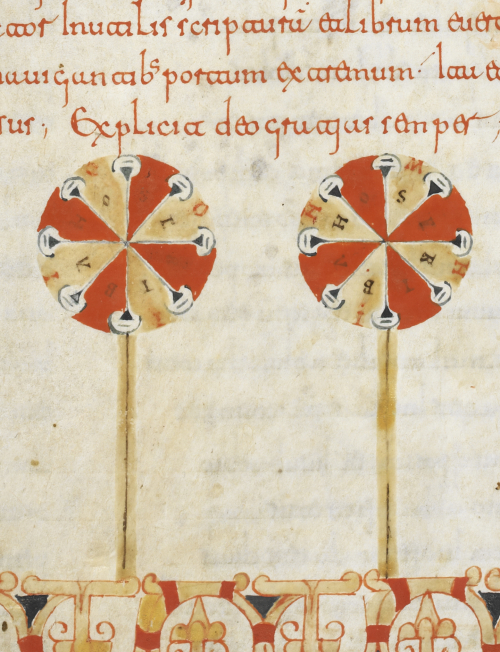 These scribes' work, now known as the Silos Apocalypse, and illuminated twenty years later with stunning illustrations, is one of the treasures of the British Library. You may like to know that the manuscript is fully digitised, and available on the Library’s Digitised Manuscripts website: the Silos Apocalypse, British Library Additional 11695. It is also featured in the recent book, The Art of the Bible: Illuminated Manuscripts from the Medieval World (London: Thames and Hudson and the British Library, 2016). 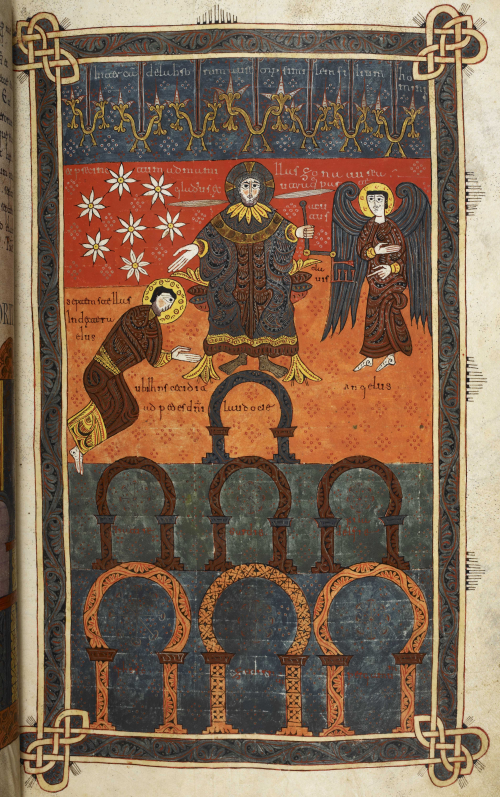 St John before Christ, with a double-edged sword either side of his mouth, with the Seven Churches represented by arches, Revelation 1:10-20, Add MS 11695, f. 24r

The authors, British Library curators Dr Scot McKendrick and Dr Kathleen Doyle will be discussing their feelings of arriving at the ‘home port’, and hopes that readers will find their work ‘refreshing’, at Dulwich Picture Gallery on 15 November, as part of the lecture series, InSight Lecture Series: Book Illustration: Enriching the Story. For more information and to book tickets, follow this link. 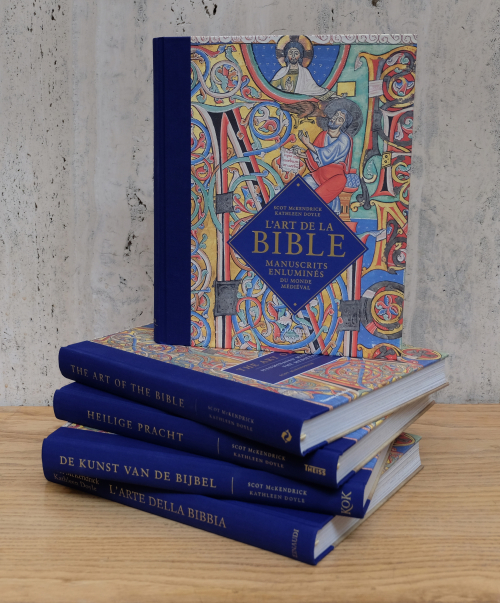 The Art of the Bible: Illuminated Manuscripts from the Medieval World (London: Thames and Hudson and the British Library, 2016)

Scot McKendrick and Kathleen Doyle, The Art of the Bible: Illuminated Manuscripts from the British Library

Posted by Ancient, Medieval, and Early Modern Manuscripts at 11:56 AM