Gladiatorial games were spectacular shows in the ancient world. In theatres built across the Mediterranean, from the Middle East to the site of the Guildhall in London, professional fighters did battle to entertain the public. The origins of these combats went back to the early Roman Republic, when they probably had magical functions. As part of the funerary rituals, they were sacrifices to the netherworld or played a role in war-magic with gladiators bearing the enemy’s names being gloriously defeated by Roman-looking gladiators to ensure their victory in real battles. 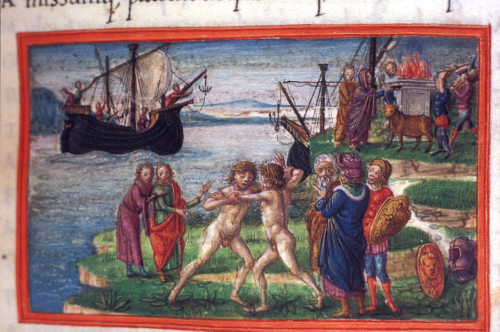 Miniature of a wrestling game from a 15th-century illustrated copy of Virgil’s Aeneid: King's MS 24, f. 88

From the mid-3rd century, however, gladiatorial games became an integral part of city entertainment and political propaganda. Should anyone like to be a successful politician, all he needed to do was to organise a lavish spectacle of games, lasting for several days, accompanied by banquets and scenic performances, and success would be guaranteed. No wonder then that such combats were especially popular in imperial times. Later Roman emperors were constantly trying to outbid their predecessors by funding more and more luxurious games. They recruited gladiators from all over the empire and purchased exotic animals — elephants, lions and bears — to populate their amazing theatres that could even host miniature sea battles. 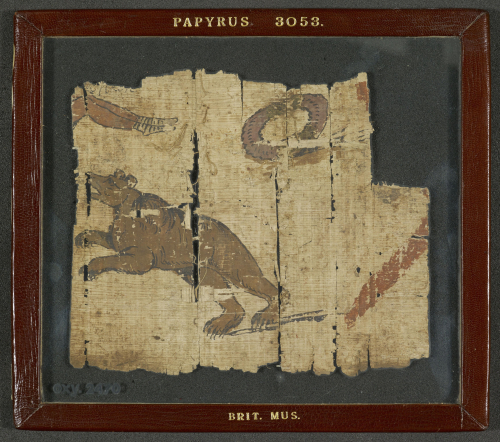 Fragment of a 3rd-century representation of an arena-scene from Oxyrhynchus: Papyrus 3053

Gladiators, by these times, were professional combatants, some of them fighting as slaves but also for money or fame or simply revenge, not unlike Maximus in Ridley Scott’s 2000 film, Gladiator. From the 1st century CE onwards, a new aspect appeared: Christians, arrested for their faith, started to appear on the stage to serve as mass victims to the slayers. 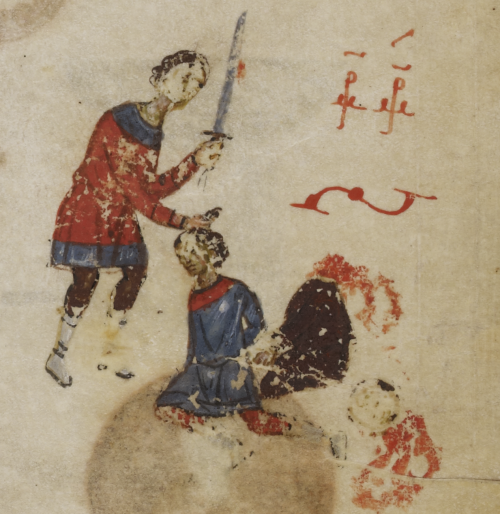 However, we also hear about the opposite: gladiators, warriors and their slayers coould also become saints. In a 14th-century Greek manuscript held by the British Library we find a story about Nestor, a 3rd-century Greek gladiator. 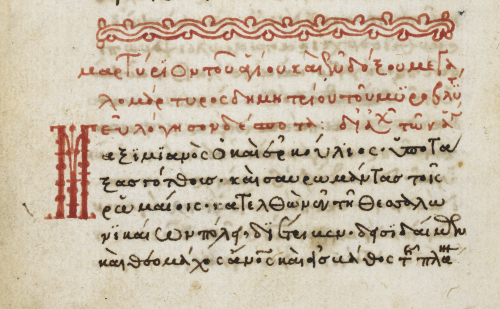 On the afternoon of 26 October, so the story relates, the emperor organised luxurious games to celebrate his arrival in Thessalonica. The highlight of the event was when his favourite gladiator, a giant 'barbarian' called Lyaeus, boasted of his numerous victories all over the Empire and challenged the Christians of the city, calling them to fight and defeat him in single combat. The rules were strict: the emperor built a special stage for Lyaeus’s battles, similar to a threshing floor on pillars. Spears, points upward, were planted beneath this platform. When Lyaeus defeated someone in wrestling, he would throw him from the platform onto the forest of spears. No one could beat him in this special combat. 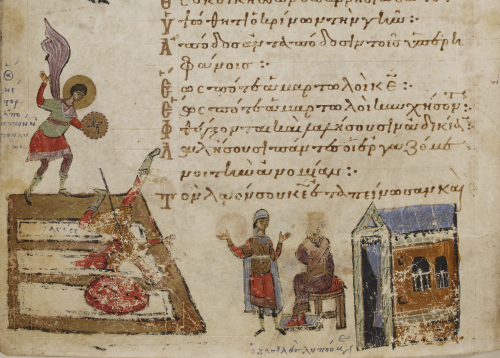 Nestor fighting Lyaeus in the arena before the Emperor Maximianus from the Theodore Psalter, Constantinople, 1066: Add MS 19352, f. 125v

Nestor accepted this challenge. Jumping onto the stage, he knocked down Lyaeus and threw him onto the sharp spears. According to the story, this made him a champion not only of Christianity but also of Hellenism and civilisation. Although Nestor was put to death immediately by the furious emperor for the murder of his favourite wrestler, Nestor's reputation outlived him. He became renowned as the first holy gladiator, celebrated from Greece to England every 26 October. 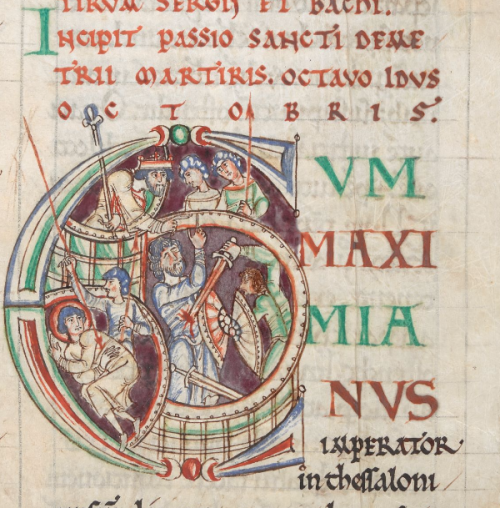 Nestor's story, whatever historical truth might be in it, offers an account of a special type of gladiatorial games. His story also showed how the memory of gladiatorial games was perpetuated in art, texts and the imagination of later generations who — had the old manuscripts not preserved the story — would know little about these ancient games.