If you're in London over the next few weeks, you may wish to pop into the British Library to attend some of our Harry Potter-themed events. They accompany our current major exhibition, Harry Potter: A History of Magic, and they cater for medievalists of all ages (and all tastes). 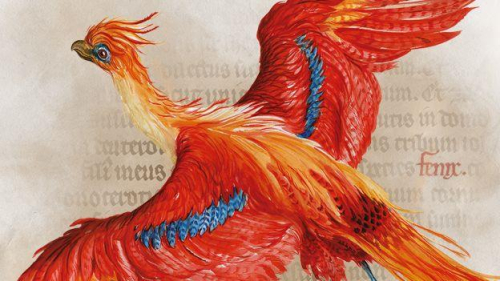 The phoenix as imagined by Jim Kay, the exhibition poster for Harry Potter: A History of Magic

The next talks in our series of Hogwarts Curriculum lectures are Care of Magical Creatures with Patrick Aryee on Sunday, 3 December, and Alchemy with our friends from the Science Museum on Tuesday, 12 December. They both promise to be huge fun. Patrick Aryee will be talking about the weird and wonderful animals he's met on his travels, while the Science Museum will reveal the real history of alchemy and the magical effects that can be achieved through science, and there will be a small dose of alchemic science live on stage (have Health and Safety been informed?). In between, on Tuesday, 5 December, the journalist Anita Anand will be chairing an event entitled Women, Witches and Witch Trials, with a descendant of the Salem Witch Trials on the panel.

In January, Julian Harrison, Lead Curator of Harry Potter: A History of Magic, will disclose some of the secrets behind curating the exhibition (22 January), and there are two series of classes organised by the British Library's Learning team, Picturing Magic (beginning on 23 January) and Medieval Magic and Astrology (beginning 24 January). Maybe you know someone who'd love to come along? 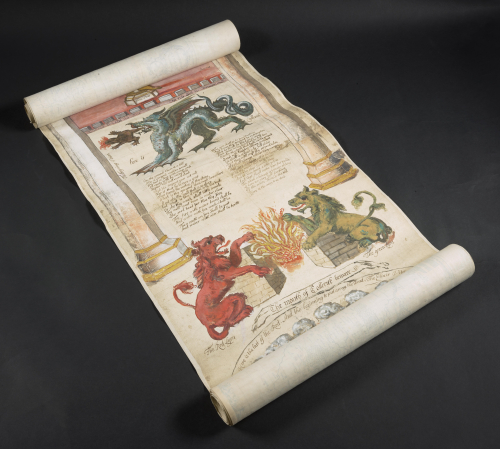 The Ripley Scroll, providing instructions on how to make the Philosopher's Stone, on display until 28 February 2018 in Harry Potter: A History of Magic