29 December is the anniversary of one of the most controversial events in medieval Christendom: the murder at Canterbury Cathedral of Archbishop Thomas Becket, in 1170. Becket's assassination brought a bloody end to a long-standing political conflict between the archbishop and King Henry II, who was believed to have been implicit in the killing. In the following decades, an international cult grew up around Becket, with far-flung claims of miracle cures and the re-building of the cathedral to house the martyr's tomb.

Two of the earliest illustrations of Becket's murder, both made in the late 12th century, are found in manuscripts held at the British Library. One of these manuscripts, Cotton MS Claudius B II, has recently been digitised in full by The Polonsky Foundation England and France, 700-1200 project; the other, also available online, is found in Harley MS 5102. 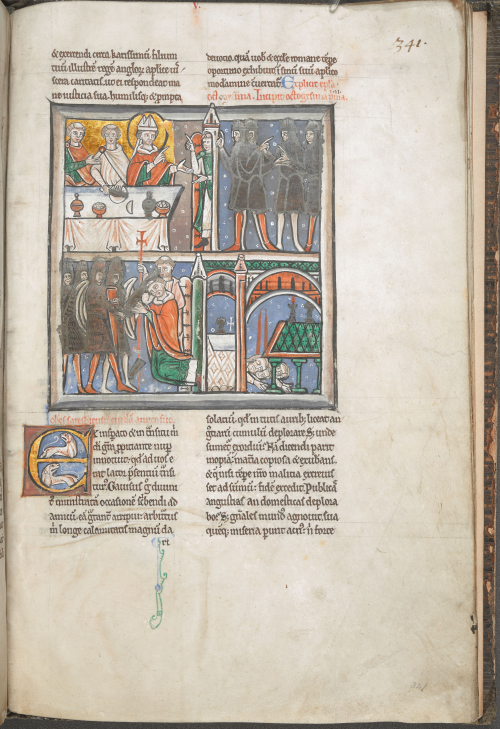 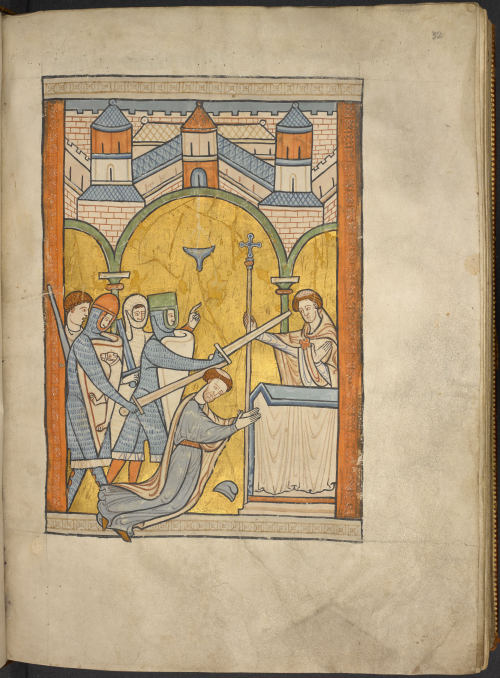 A second early miniature showing Thomas Becket’s martyrdom. Becket kneels before the altar, and one of the four knights, perhaps William de Tracy, delivers the first blow, which cuts into the arm of Edward Grim, the cross-bearer; Reginald FitzUrse (identified by the muzzled bear on his shield) strikes the top of Becket's head: Harley MS 5102, f. 32r

The first of these manuscripts was made for Cirencester Abbey, and it contains a collection of Thomas Becket’s letters, assembled by Alan of Tewkesbury. It was made in the 1180s, within twenty years of Becket’s death, when his memory was fresh and his fame was expanding quickly. The makers of this book gave it the kind of luxury treatment associated with the holiest texts. An exquisitely decorated initial, shown below, marks the beginning of the preface, John of Salisbury's Life of Becket. John was a close associate of Becket, and the Life was composed within two years of the archbishop's death. 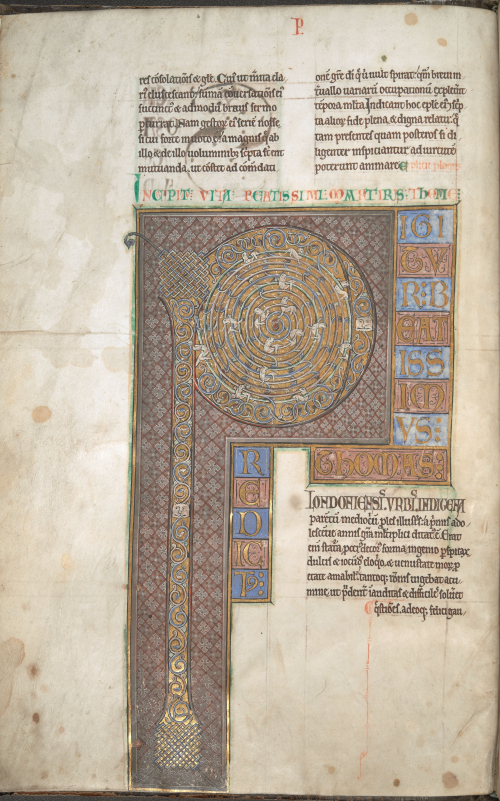 The opening of John of Salisbury’s Life of Thomas Becket. Click on this link and hover over the image to reveal interactive annotations: Cotton MS Claudius B II, f. 2r

The initial 'P' is extravagantly decorated with blue, pink and green vine scrolls inhabited by peering quadrupeds (which remind us of Dr Seuss). Two monstrous faces decorate the stem and bow of the initial. The top and bottom of the stem terminate in ribbon interlace. The whole initial, which looks in the flesh like coloured wire laid over liquid gold, is presented on a patterned background of dark pink quatrefoils with a gilded border. When crafted, the gilding would have been applied first and then the gaps meticulously filled with pigment. The de-luxe treatment is reminiscent of the treatment of the Lives of other, more established saints, and could perhaps have been understood as an expression of Becket's bona fide sanctity. You can read more about one of the scribes of this manuscript in our blogpost, Where's Wally?

The second manuscript comprises a series of five full-page miniatures inserted in an early 13th-century Psalter, perhaps made in the East Midlands of England. The burial of a cleric, perhaps Becket himself, forms the subject of one of the other miniatures. 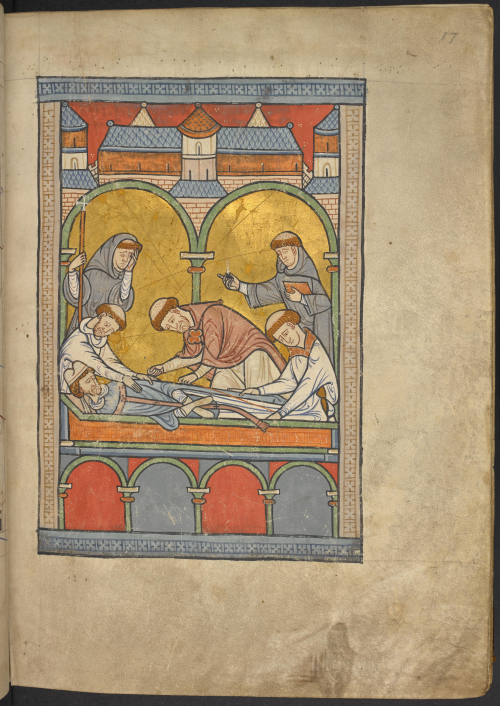 Miniature of the burial of a cleric, perhaps Thomas Becket. The upper right monk is holding a white object in his hand, perhaps a fragment of the saint's skull, which had been shattered when he was murdered: Harley MS 5102, f. 17r

Here we can see the two images of Becket's martyrdom side-by-side. There are several contemporary and near-contemporary accounts, some of them by eyewitnesses, of the events in Canterbury Cathedral on the evening of 29 December 1170. These two manuscripts reinforce certain elements of the story — the number of assailants, Becket kneeling before the altar, his companions watching from the wings — and they bring us as close as may ever be possible to visualise Thomas Becket's martyrdom, though medieval eyes. 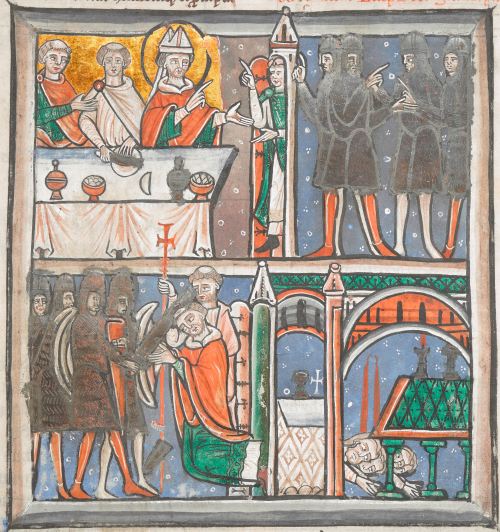 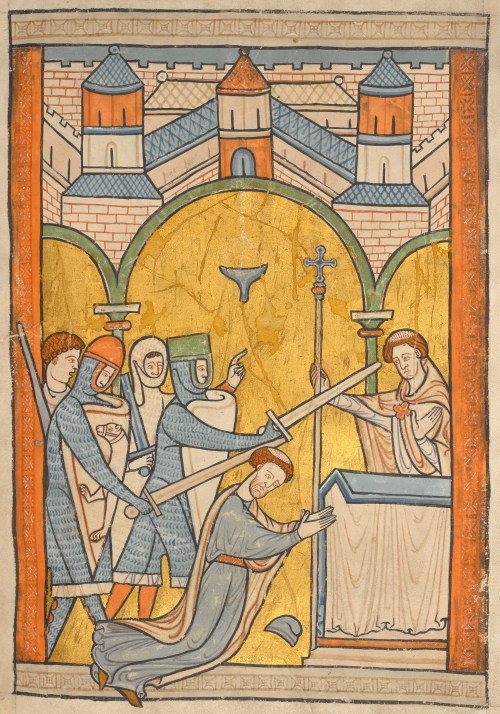