A calendar page for January 2018

2018 is going to be an exciting year at the British Library: as we recently announced, our major Anglo-Saxon Kingdoms exhibition opens on 19 October. In the coming months we will be exploring an item from the upcoming exhibition, an 11th-century calendar illustrated with text in gold and drawings depicting seasonal activities. We hope some of our readers will be able to come and see it in person in the exhibition at the end of the year. For an explanation of medieval calendars, please see the introduction to our first calendar of the year. 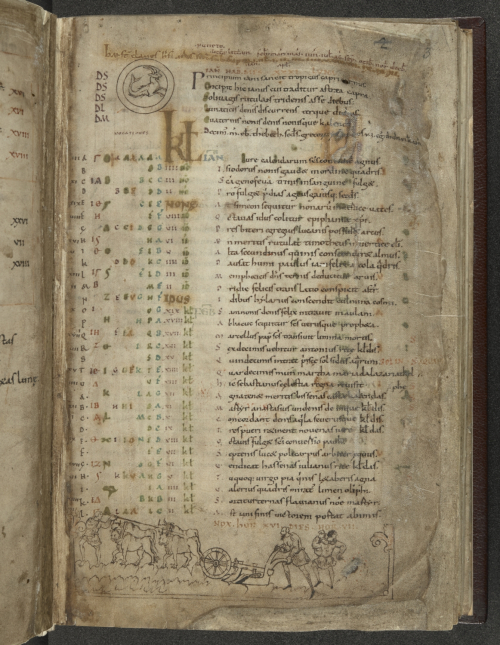 Page for January, from a calendar, England, 1st half of the 11th century: Cotton MS Julius A VI, f. 3r

This calendar is one of only two to survive from early medieval England with detailed illustrations of farming, hunting and feasting. It forms part of a collection of material for calculating time and dates, such as tables for calculating lunar cycles and a tiny world map. It was probably owned by a monastic community who needed timekeeping materials to maintain the strict schedule of services demanded by the Rule of St Benedict. The calendar is now bound with a copy of poems, the Expositio hymnorum and canticles, copied at a slightly later date. They may have been together even in the medieval period. Both the hymnal and the calendar seem to have been made by talented scribes at a major scriptorium, such as that at Christ Church Cathedral, Canterbury. 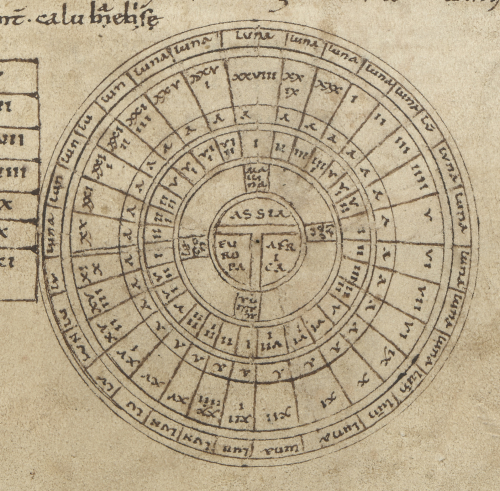 Both the text and illustrations are closely related to the calendar in a collection of geographical and chronological material made in southern England in the mid-11th century (Cotton MS Tiberius B V/1). Both feature the Metrical Calendar of Hampson, a poem with 365 verses, one for each day of the year. The illustrations for the various labours of the month are very similar as well. Both show ploughing scenes, each having three figures, with a bearded man guiding the plough.

Some scholars have speculated that these images may be rare manuscript depictions of Anglo-Saxon slaves. In a dialogue written to help students practise Latin, the Anglo-Saxon writer Ælfric (fl. 980s-1000s) has the ploughman lament, ‘The work is hard, because I am not free.’

Ploughing might seem like an odd choice to depict on a calendar page for January, when the weather is cold and the ground is hard. Some scholars argue that ploughing came first in the calendar because it was a fundamental part of the agricultural cycle and also because the imagery of ploughing was used in religious symbolism. In the Bible, teachers and religious leaders are compared to people scattering seeds (Matthew 13), like the man walking behind the plough. As the users of this calendar — possibly a community of monks — prepared for the year ahead, the image of a plough may have focused their minds on practical priorities. 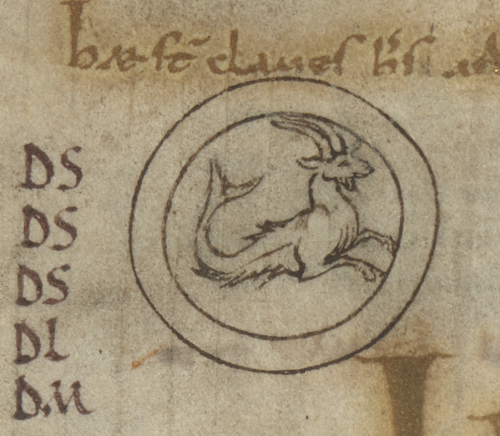 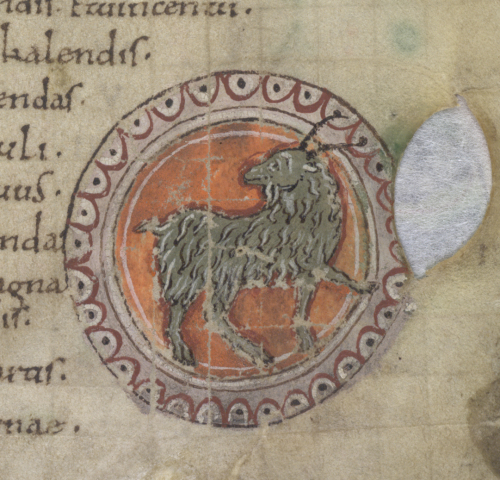 Beyond the labours of the month, each page of the calendar includes a wealth of information about astronomy, time, astrology and history, packed into pages only 200 by 130 mm. Each page begins with a few lines about the zodiac signs associated with each month. Nearby, a roundel illustrates the zodiac sign for a given month. In the case of January, it is Capricorn. Medieval scribes depicted star signs including Capricorn in creative and diverse ways. In the Julius calendar, Capricorn has a fish-like tail, in contrast to the Tiberius calendar, where it is depicted with hooves.

Below, each day is represented by one row. Each row includes, among other things: 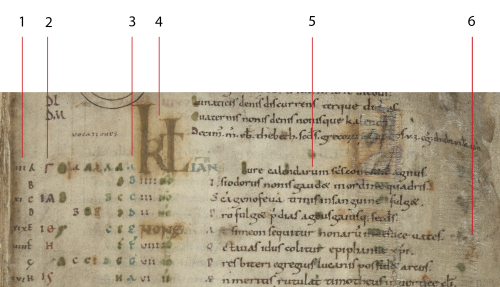