Are you enchanted by Chaucer, bewitched by Beowulf or mesmerised by Malory? Did you know that the earliest autobiography in English was written by a woman, or that several different languages were spoken and written in medieval Britain? You now have the chance to learn more about our rich literary heritage, with the launch of the British Library's Discovering Literature: Medieval webspace, making nearly 1,000 years of our literary history freely available online. 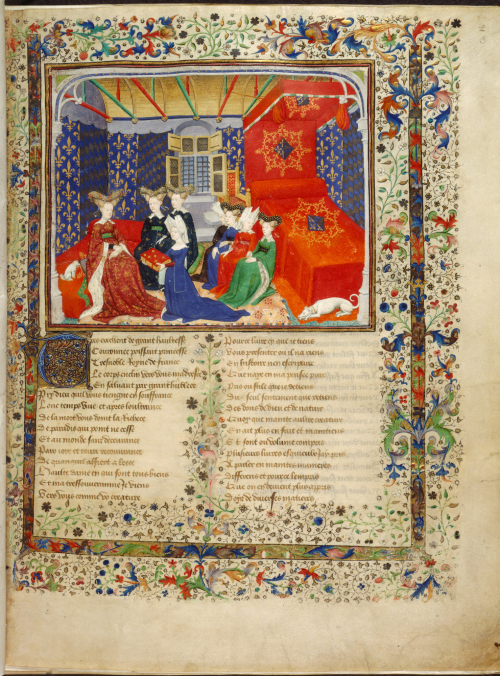 Christine presenting her book to Isabeau of Bavaria, 'The Book of the City of Ladies', Christine de Pizan, Harley MS 4431, f. 3r

Bringing together over 50 unique medieval manuscripts and early print editions from the 8th to 16th centuries, Discovering Literature: Medieval presents a new way to explore some of the earliest works and most influential figures of English literature. From the first complete translation of the Bible in the English language to the first work authored by a woman in English, the website showcases many rarities and ‘firsts’ in the history of English literature. Some of the highlights include: 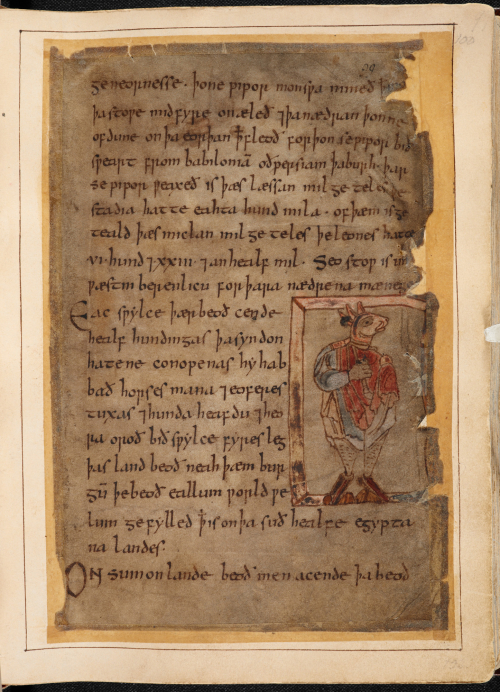 The mythical Cynocephalus, a man with a dog-like head, in the 'Marvels of the East', which appears in the 'Beowulf' manuscript, Cotton MS Vitellius A XV, f. 100r

The new website features medieval drama, epic poetry, dream visions and riddles, and includes works in Anglo-Latin, Anglo-Norman French, Old English, Middle English and Older Scots. We are especially pleased to be able to showcase the works of a number of female writers, such as Julian of Norwich, Marie de France, Margery Kempe and Christine de Pizan, and to include engaging human stories, such as that of the Tremulous Hand of Worcester. Users of the site will be able to encounter the first work of theatre criticism in English — the Tretise of Miraclis Pleyinge (a Lollard sermon against mystery plays) — and the story of Caedmon, a shy cowherd and the first named English poet (in an early manuscript of Bede’s Ecclesiastical History). Discovering Literature: Medieval contains more than 20 articles exploring themes such as gender, faith and heroism, written by poets, academics and writers including Simon Armitage, BBC/AHRC New Generation Thinker, Hetta Howes, and David Crystal. We are equally thrilled to have worked with other institutions to host their own treasures on our site, giving a broader sense of the richness and diversity of medieval literary production. 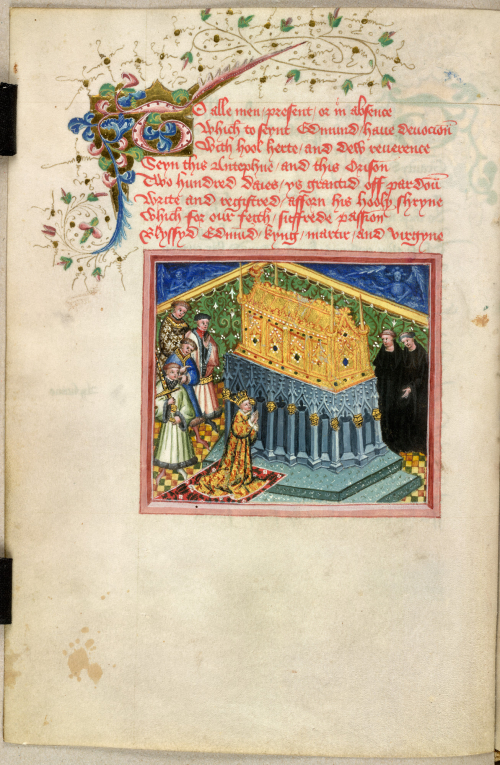 Discovering Literature is a free website aimed at A-Level students, teachers and lifelong learners, providing unprecedented access to the British Library’s literary and historical treasures. Also featured on the site are collections relating to Shakespeare and the Renaissance, the Romantic and Victorian periods, and 20th century literature. The project has been generously supported by Dr Naim Dangoor CBE The Exilarch’s Foundation, along with the British Library Trust and the British Library Patrons. Further development of the project is being supported by the Garfield Weston Foundation, Mark Pigott KBE KStJ, Evalyn Lee, Luci Baines Johnson and Ian Turpin, The American Trust for the British Library, The John S Cohen Foundation, The Andor Trust, and Allan and Nesta Ferguson Charitable Trust.

Posted by Ancient, Medieval, and Early Modern Manuscripts at 9:30 AM