In many ways, glossed Bibles were amongst the hardest manuscripts to create in the 12th century. A glossed book is one where the main text of a work is explained by adding texts ('glosses') either between the lines or in the margins of the page, not unlike our modern notes and annotations. Rather than random notes, however, biblical glosses were compiled by various authors from authoritative sources, and added systematically. In the case of the Bible, the glosses were taken from the writings of the Church Fathers and those of more recent theologians.

A good example is a manuscript from Rievaulx Abbey in Yorkshire (now Add MS 63077) containing the Old Testament book of Genesis with an interlinear and two marginal glosses. The main text of the first chapter of Genesis is written in the centre, with glosses added on both sides. (Read more about this manuscript, and its fur cover, in our previous blogpost.) 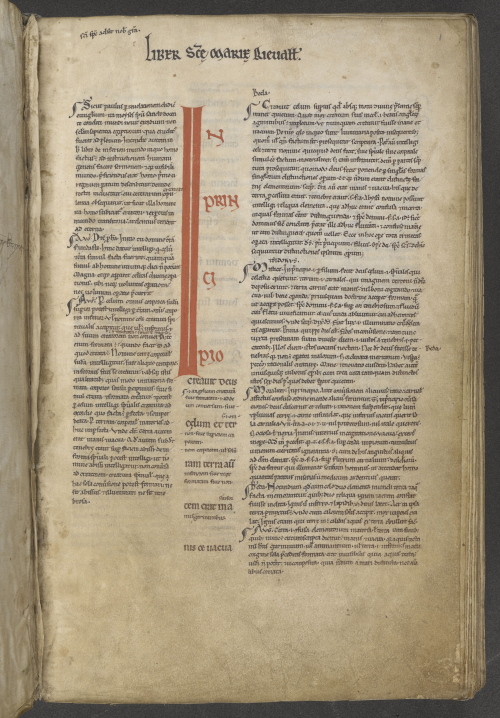 Reading a glossed Bible is a bit like reading Shakespeare and a commentary at the same time. The glossed page contains various texts keyed to the main text of the Bible in a system of carefully-arranged references. This is the medieval equivalent of the hypertext: texts linked up to other texts that the reader can access immediately without even lifting their eyes from the page. There can be up to four texts running simultaneously: the main text, two flanking columns of glosses in continuous prose as well as a ‘discontinuous’ gloss of single words or explanatory passages written between the lines of the main text. Glosses often take up the upper and side margins and begin with a paragraph sign (similar to our ¶) to make them easy to locate. The glosses are placed alongside the passage they seek to explain. 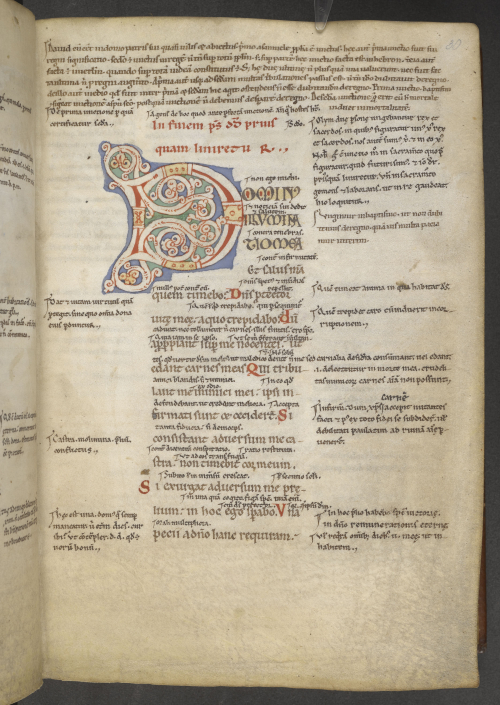 Making a glossed Bible posed a number of challenges for medieval scribes. One way to make the book more readable was to use different scripts for the main text and the glosses. In a manuscript from York Cathedral (now Harley MS 46), the scribe used three different scripts, not including the initial and the capitals for ‘Liber’ (book), the first word in the Gospel of Matthew. 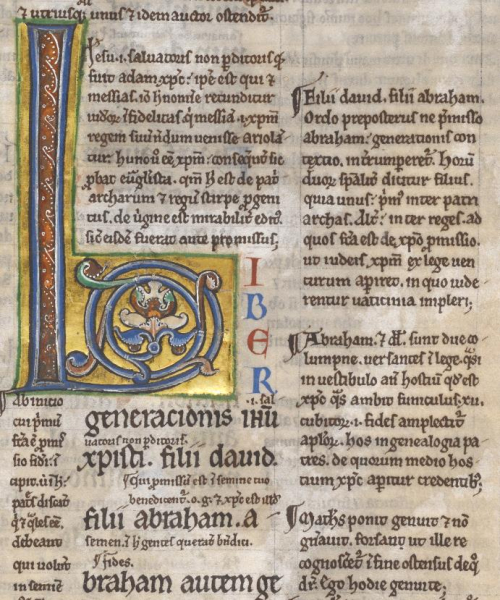 When texts are so close together, script size and style are essential: Harley MS 46, f. 7r

Another challenge was to make the texts fit and run together from one page to another. Designing the layout was not easy before the age of print, especially when it meant positioning three different closely related texts of unequal length. For this reason, the various books of the Old and New Testaments were always glossed separately.

With time, biblical glosses became increasingly longer, to the point that they ran over the page. To control the ‘spillage’, scribes came up with the idea of using special signs to mark where the gloss stopped on one page and where it continued on the next. These ‘tie-marks’ work as hyperlinks that the reader can follow directly. In one English, late 12th-century manuscript, these two signs occur at the lower end of the page. 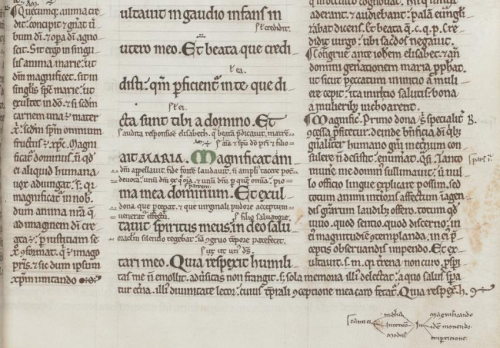 The same signs on the verso explain where each of the interrupted texts resumes.

Glossed Bibles had many advantages. They led to new, faster and more efficient ways of reading, of locating information quickly, and of accessing related texts which would otherwise require a small library.