Fans of the British Library and of the Tudors alike will be delighted to know that the documentary, England's Forgotten Queen: The Life and Death of Lady Jane Grey, is now available to watch on the BBC's iPlayer (UK viewers only). There are three episodes in total, presented by Helen Castor and filmed in part at the Library. Together, they reveal the fascinating story behind the young woman elevated to the throne of England in 1553, and then brutally executed months later. 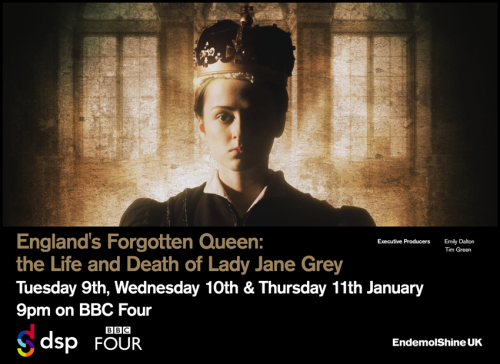 In this clip, Andrea Clarke of the British Library shows Helen Castor Lady Jane Grey's very own prayerbook, which is held today at the British Library. The whole manuscript is able to view on our Digitised Manuscripts site: Harley MS 2342.