Leonardo da Vinci on the Moon

One of the great thrills of curating our blockbuster exhibition, Harry Potter: A History of Magic, has been choosing the exhibits and revisiting some of our favourite manuscripts. When we were planning the show, I often used to impress people by mentioning certain of the books and objects we were intending to display: medieval manuscripts, Chinese oracle bones and, oh yes, something written by somebody called Leonardo da Vinci, "you may have heard of him?" At this point heads always turned, and I knew we'd captured everyone's attention.

So what exactly was I talking about, when I mentioned that Leonardo's writings would be featured in the exhibition? You may be aware that Leonardo da Vinci (1452–1519), the great inventor, scientist and artist, made copious notes throughout his career. These were gathered into a series of notebooks, one of which is today preserved at the British Library in London, where it is known as the ‘Codex Arundel’ (after a former owner, the Earl of Arundel): its shelfmark is Arundel MS 263 and it can be viewed in its entirety on our Digitised Manuscripts site. The notes are written in Italian, and if you examine the writing closely, you immediately recognise that they are in Leonardo's characteristic mirror handwriting, reading from right to left. One page from Leonardo's notebook seemed particularly appropriate to show in the Astronomy room of Harry Potter: A History of Magic, alongside objects such as an Arabic astrolabe and the oldest surviving manuscript which charts the night sky (made in China around the year AD 700). The diagram shown here describes the reflection of light, according to the alignments of the Sun, Moon and Earth. Leonardo da Vinci’s illustration shows the Sun and Moon revolving round the Earth, accepting the theory popularised by the Greek astronomer, Ptolemy (d. c. AD 170), that the Earth occupied the centre of the universe. Leonardo was writing, of course, approximately 100 years before the invention of the telescope. 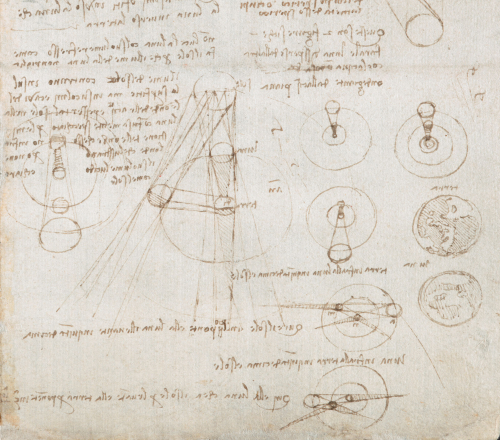 On the right-hand side of this page are two diagrams showing the Earth and Moon. The second of these supports Leonardo's belief that the Moon was covered with water, and that its surface would operate like a convex mirror, reflecting light. We may no longer believe this to be true (everyone knows that the Moon is made of cream cheese) but it's always fascinating to get a first-hand insight into the mind of a genius such as Leonardo da Vinci. Placing his notebook on display in our Harry Potter exhibition has enabled more of our visitors to come face-to-face with this intriguing document. Maybe we will have inspired some of the astronomers and scientists of the future, who have been coming to see the exhibition in their thousands. 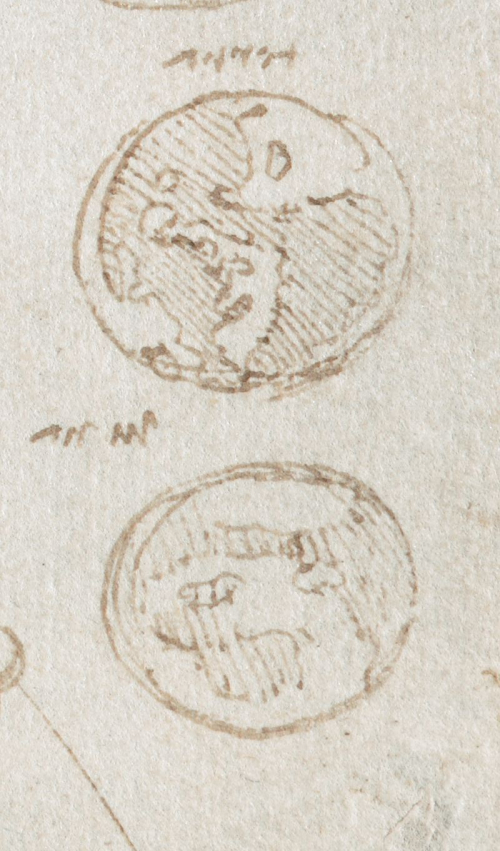 Harry Potter: A History of Magic is on show at the British Library in London until 28 February 2018. There has been a huge demand for tickets, so we strongly urge you to book in advance of your visit.