The British Museum and Harry Potter: A History of Magic

One of the most exciting moments when curating our current exhibition, Harry Potter: A History of Magic, came when the British Museum kindly agreed to lend us some of their own magical items. The Library and Museum have a long-standing relationship. Apart from having a shared history dating back to 1753 and once occupying the same home at Bloomsbury, we frequently support each others' exhibitions. You may recall, for example, that in 2015 we blogged here about the British Museum's loans to Magna Carta: Law, Liberty, Legacy. We were equally delighted when news came through that the Museum was willing to lend us no fewer than five magnificent items for our Harry Potter show, numbering an astrolabe, some divination cards, a kappa netsuke, a genuine mermaid and the wonderful Battersea Cauldron.

I have to say that we could not help punching the air when we heard that the mermaid and cauldron, in particular, might be wending their way to our exhibition. All five items complement the Library's own books and manuscripts and the other items on display, helping to engage, entertain and educate our visitors in equal measure. We'd like to go on record here to thank the Trustees of the British Museum for their generosity in lending their items to us, and for helping to make our show so spectacular. 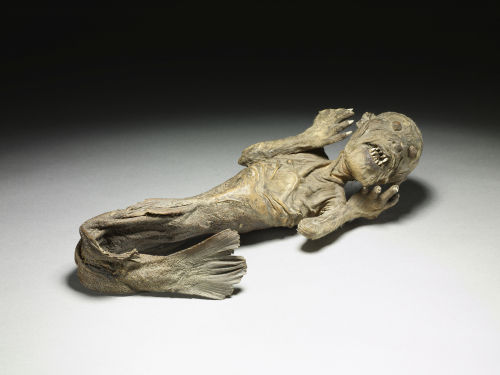 Fans of J.K. Rowling's Harry Potter novels will be familiar with Harry's encounter with the merpeople in The Goblet of Fire. We have a genuine specimen of a mermaid in our exhibition, courtesy of the British Museum. It was presented to the Museum by Princess Arthur of Connaught in 1942, and had allegedly been caught in Japan some 200 years previously. We often say that it is reminiscent of Edvard Munch's The Scream. Somewhat disappointingly, we have to reveal that this mermaid was made by fusing together the upper body of a monkey and the tail of a fish, and is evidence of an East Asian trend in the 1700s for fabricating merpeople. We have placed it on show in the room devoted to Care of Magical Creatures, alongside medieval illustrations of phoenixes and printed images of two-horned unicorns. 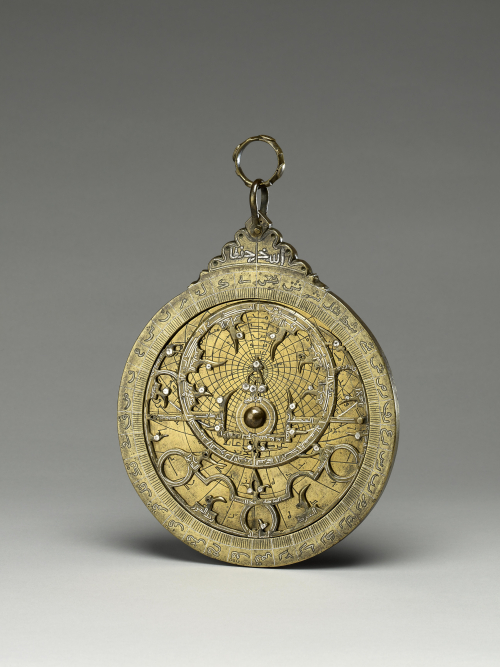 Astrolabes were probably invented by the Greeks 2000 years ago. They provide a two-dimensional map of the heavens, and could be used to identify the stars and planets and for determining latitude. In the Islamic world, they are also used to find the direction of Mecca, which Muslims face when they pray. This finely decorated example, on loan from the British Museum, is made of brass inlaid with silver, and can be dated to the 1200s. The Library's curators have chosen to place it alongside a manuscript from medieval Bohemia, depicting astronomers and astrologers on Mount Athos. 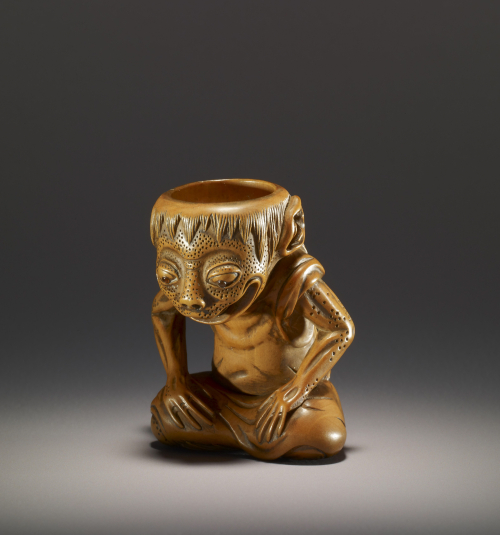 The kappa takes its name from the Japanese words for ‘river’ (kawa) and ‘child’ (wappa). They were mischievous creatures, and reputedly pulled people into the lakes and rivers in which they dwelt. This seated example of a kappa is in the form of a netsuke, a small sculptural object that is part of traditional Japanese dress. Netsuke frequently took the shape of mythical beasts and could function as talismans. Carved of wood, the kappa’s head has a distinctive hollow to contain the fluid vital to its strength. We made the decision to place this netsuke in Defence Against the Dark Arts, a room which is also dedicated to basilisks, werewolves and snake magic. Cartomancy is a form of divination that uses cards to predict the future. This pack from the 1700s is reputedly the earliest designed specifically for divination. The 52 cards follow an unusual procedure. The kings prompt questions that are answered in the form of enigmatic rhyming phrases. Each card was inscribed with the name of a famous astronomer, seer or magician, such as Merlin, Doctor Faustus and Nostradamus. Other items on display in Divination include Chinese oracle bones owned by the British Library and crystal balls loaned by the Museum of Witchcraft and Magic. 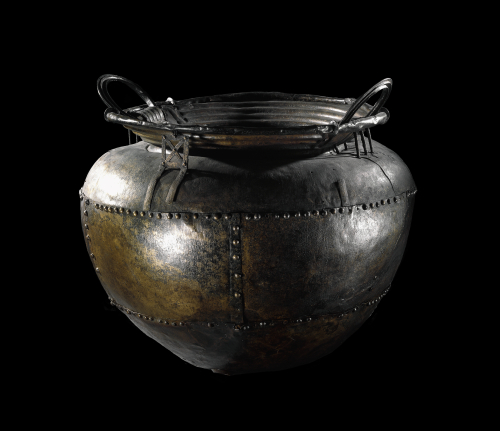 Cauldrons are one of the most potent symbols of witchcraft. They were used historically for many different purposes, including preparing potions. This particular example was found in the River Thames at Battersea in 1861, and had perhaps been deposited as an offering to the gods. It is almost 3000 years old and was created by riveting together seven plates of sheet bronze. Visitors to the exhibition can view it in the Potions room, alongside the oldest printed item of witches with a cauldron, dating from 1489, and the 10th-century Bald's Leechbook.

Harry Potter: A History of Magic has proved hugely popular, and thousands of people have visited it in London since it opened last October (it closes on 28 February). We are extremely grateful to the British Museum and all our other lenders for their gracious support, and for helping us to enthral all our visitors, young and old.

Posted by Ancient, Medieval, and Early Modern Manuscripts at 12:31 AM