How to make yourself invisible

There have been times when everyone has wanted to become invisible. But did you know that there is actually a relatively simple way of achieving this? We say 'simple', because you merely have to pronounce the words found in the text known as The Book of King Solomon called The Key of Knowledge. We have a 17th-century copy of this work on show in our exhibition Harry Potter: A History of Magic, and up to now you've had to visit London in person to read aloud this charm. But now we are giving everyone who reads this blog the same opportunity. Do let us know if it works. You just have to recite the following words. 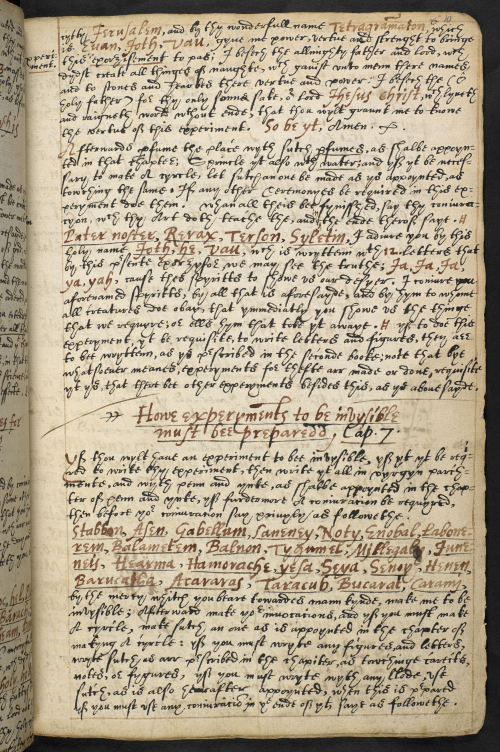 ‘Howe experyments to be invysible must bee preparedd’, in The Book of King Solomon called The Key of Knowledge.

We SO want this charm to be successful. If it didn't work for you first-time round, it may be that you didn't pronounce the words properly. The manuscript was once owned by the writer and scholar, Gabriel Harvey (1552/3-1631), but whether he had the power to become invisible is lost in the mists of time.

You can see this fantastic manuscript (if you are lucky enough to have a ticket) in Harry Potter: A History of Magic, where it is displayed near a real invisibility cloak (honestly), on loan from a private lender.