It's a kind of magic

Have you ever lost something and were searching for it desperately, wishing for an easy way to locate it? Have you ever been anxious, seeking for a way to avoid a particular thing happening? Have you ever hoped for a miracle to find true love? You are not alone: people in the ancient world had exactly the same problems, but they may have been less reluctant than us to make use of a special tool – magic. 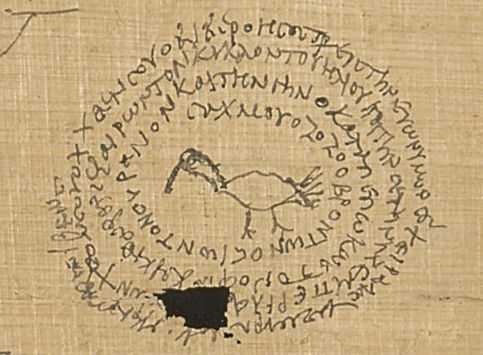 The Ibis spell from a handbook of magic, Egypt, 3rd century: Papyrus 121(2)r

The British Library’s blockbuster exhibition, Harry Potter: A History of Magic, gives an excellent insight into how people in the past applied magic to solve their problems. Essentially, magic provided the practitioner with a chance to influence fate and the gods. 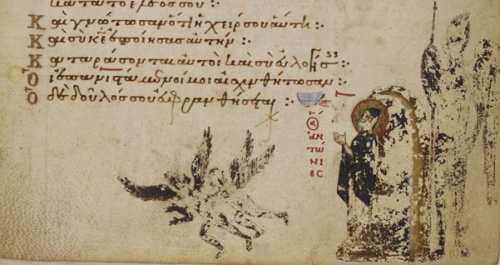 Egyptian papyri written in the Greek and Coptic languages preserve unique survivals of ancient magical practices, long thought to have been destroyed or lost after the advent of Christianity. A number of these 3rd to 6th-century documents attest to a significant use of magic in the already Christianised province of Egypt. 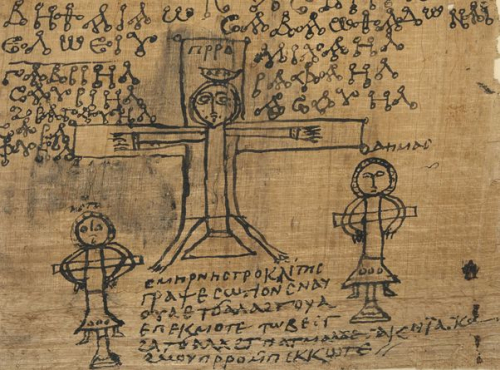 Image of the crucifixion from a 6th-century Coptic magical text: Or 6796 (4)

The British Library owns one of the finest collections in the world of these Greek magical papyri. Complete manuscripts, in book format and also on long scrolls of almost 2 metres in length, are preserved here. Some of these documents are handbooks probably used by professional magicians in the 3rd to 4th centuries. They collected charms and related instructions for a variety of purposes, such as to predict the future, locate lost or stolen property, or to catch thieves. 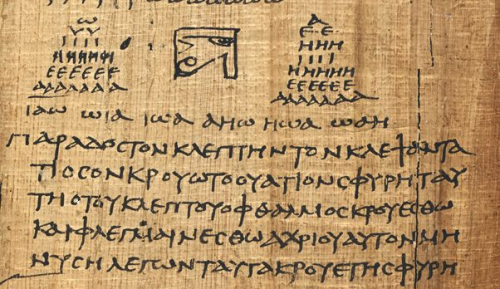 A spell to catch a thief: 'As long as I strike this eye with this hammer, let the eye of the thief be struck and swell up until it betrays him', from a handbook of magic, Egypt, 4th century: Papyrus 46, f. 2v

Other, shorter papyrus manuscripts contain only one or two specific charms with a short guide on how to use them. These may have been sold to individual customers by the magicians.

A charm to get your enemies destroyed by demons, Egypt, 4th century: Papyrus 123

A common feature of all these spells is that they are not supplications and prayers, but rather commands to spiritual, demonic entities to serve the users and complete their orders. Commanding otherworldly beings to obey a mortal man had two basic requirements: knowledge of the demon’s full and exact name, and a physical way to ensure that the demon would perform the request. The magical formulas on the papyri are always careful to include the long and complicated names of the demons being evoked. 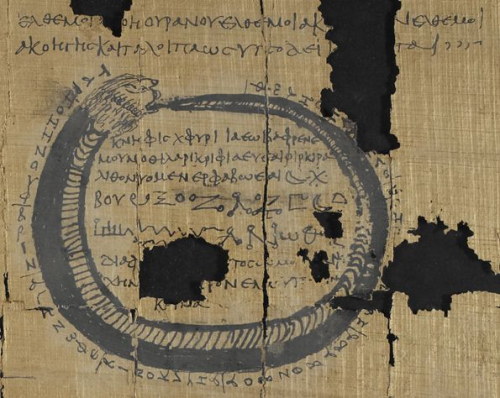 'The name of power of the great god KMEPHIS CHPHYKIS IAEO IAEOBAPHRENE', written inside a serpent biting its tail, from a handbook of magic, Egypt, 3rd century: Papyrus 121(2)r

The other important way to harness the demon's power was to  connect them physically with the victim. A 4th-century Greek magical handbook, Papyrus 46, currently on display in Harry Potter: A History of Magic, provides an excellent illustration of how this might be achieved. This handbook records detailed instructions on how to compel the demons to bind someone not to do something, by using an iron ring to establish a physical bond with the target of the magic. The curious recipe reads as follows:

'Take a papyrus and an iron ring, put the ring on the papyrus and draw the outlines of the ring with a pen, inside and outside. On the area outside the ring write the name and invocation of the demon, on the inside the following: “Let whatever I wish not take place OR let so-and-so not get married forever”. Then put the ring on its outline, wrap it up with the papyrus until it is completely covered. Bind the package with cords and throw it into an unused well or dig it into the grave of someone untimely dead and say the following, “Spirit of the dead …”' 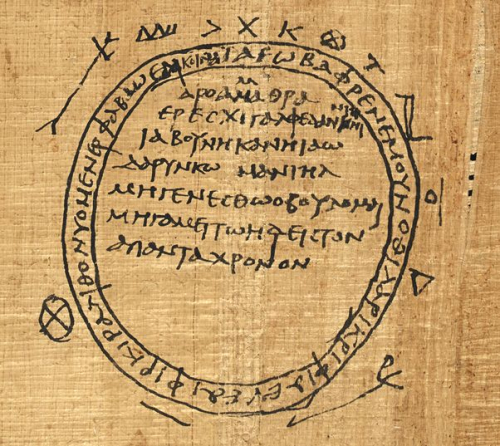 We don't know anyone who has ever tried this spell, and we can't guarantee its success. It's fascinating, nonetheless, to see this practical application of 4th-century magic. The papyrus itself is presently on view in London, and you can also read more about it in the book which accompanies the exhibition. You can also currently see the beautiful Theodore Psalter, featured above, in our free Treasures Gallery, besides reading more about the British Library's Greek manuscripts on our dedicated website.