Rising from the ashes: bringing a medieval manuscript to life

The British Library’s major exhibition, Harry Potter: A History of Magic, has featured a host of fascinating manuscripts, alongside a fire-damaged cauldron, crystal balls and a ‘real’ mermaid. It took several months to choose all the exhibits, but when it came to selecting an image of a medieval phoenix, the choice was relatively simple. We have some gorgeous illustrations of phoenixes in our collections, but the one that really caught the curators’ eye was found in Harley MS 4751, a decorated English bestiary. But choosing the manuscript was only the start. We were planning to digitise this bestiary as part of our digitisation project sponsored by The Polonsky Foundation. This blogpost explores the complexities of that process. 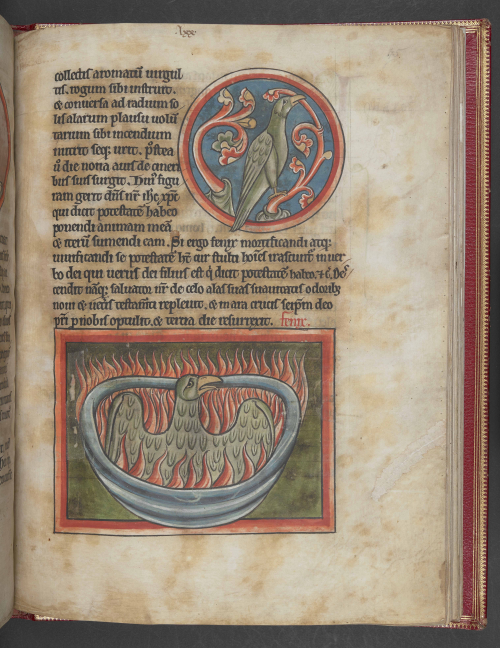 A phoenix collecting twigs (top image) and the phoenix consumed by flames in the funeral pyre (below image), from Harley MS 4751, f. 45r

Some of our readers will already be familiar with our digitisation programme. The Polonsky Foundation England and France Project, 700-1200: Manuscripts from the British Library and Bibliothèque nationale de France is a collaborative project between the two national libraries of Britain and France, to digitise 800 illuminated manuscripts. Currently the British Library has made over 100 manuscripts available to view online on our Digitised Manuscripts site. But how does the digitisation process work? Here is a look behind the scenes at the work of the project team, from conservation to the final online publishing of the manuscripts. We are particularly grateful to the generosity of The Polonsky Foundation, which is enabling some of our collections to be made available to view online.

Here we show step-by-step how this beautiful bestiary was digitised. Before any manuscript can be digitised, it may require an additional level of care from staff in the British Library Conservation Centre, in order to safeguard the manuscript during the digitisation process. First, our project conservator, Jessica Pollard, stabilised Harley MS 4751, in order that the manuscript could be photographed securely. 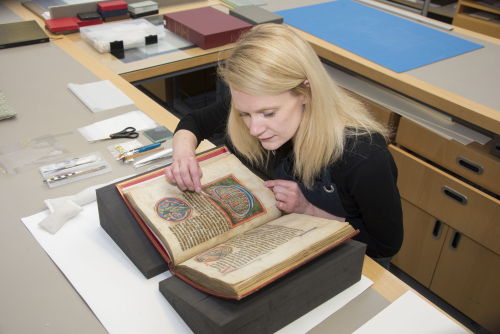 Next, the bestiary was taken to the Library’s Imaging Studios for digitisation. Project photographer Carl Norman is an expert in safely handling rare and historical material like medieval manuscripts, and the studios are equipped with state-of-the-art photographic imaging systems, producing high quality images for use on Digitised Manuscripts. Carl shot images of the bestiary in carefully controlled conditions, with the light and temperature levels being monitored closely to protect the manuscript. After being photographed, the book was examined by our project cataloguers, experts in the study of medieval books. Manuscripts are catalogued through careful study of their texts, decoration and the materials used to make them. Our cataloguers also take to care to describe the history of the book and any known past owners. In this instance, they were able to determine that the bestiary was probably produced in Salisbury in the late 12th or early 13th century.

Finally, when both the photography and cataloguing were completed, our project digitisation officer published the fully digitised manuscript online. The complete process was achieved through the great teamwork of every member of the project, and we’re delighted with the results. You can view them now on the British Library’s Digitised Manuscripts site. 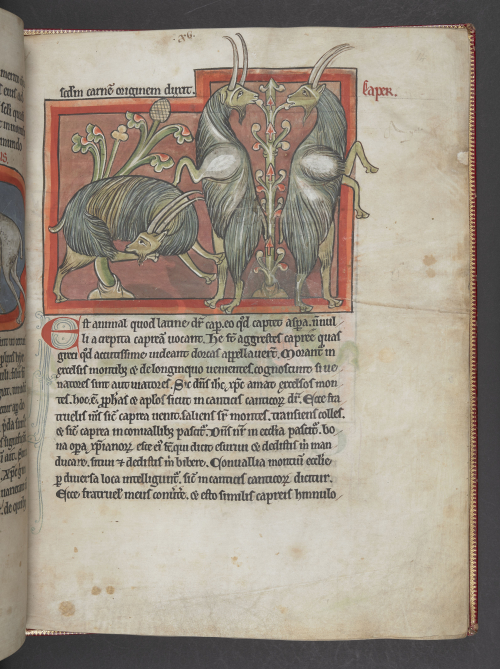 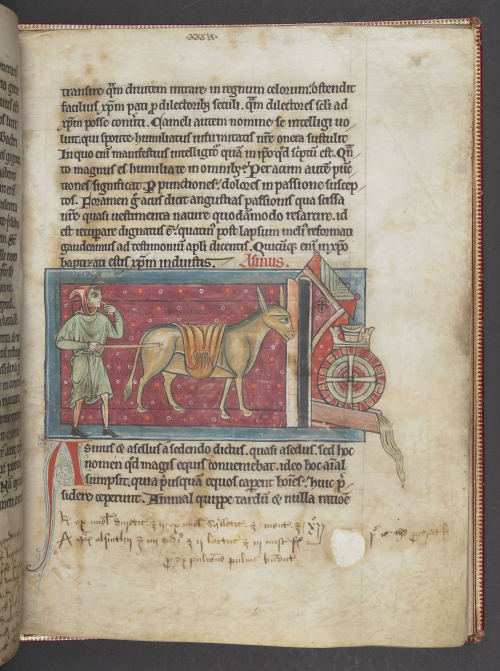 Miniature of a donkey being prompted towards a waterwheel by a man with a stick and a whistle: Harley MS 4751, f. 25r 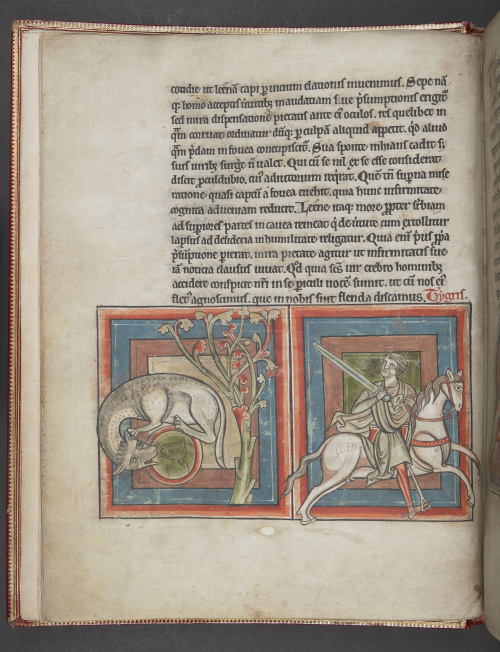 Miniature of a knight on horseback and a tiger with a mirror, illustrating the text that a tiger can outrun a man on a horse, so in order to steal a cub and escape, the thief should throw down a mirror, and the tigress will stop to look at its own reflection, thinking it is her cub: Harley MS 4751, f. 3v 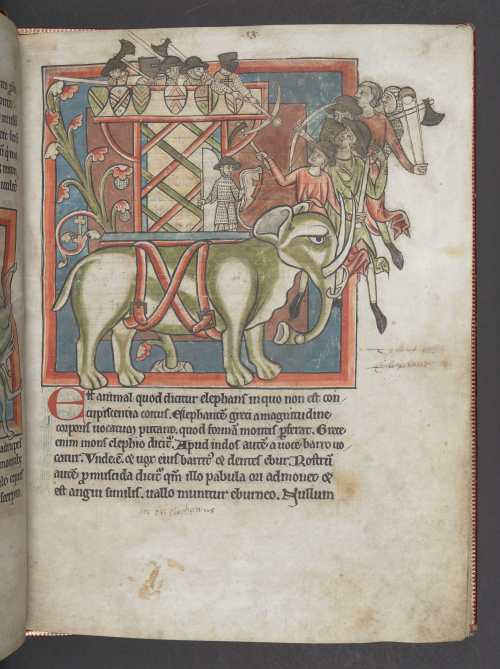 Miniature of an elephant with a wooden tower on its back, with soldiers with crossbows and other weapons: Harley MS 4751, f. 8r 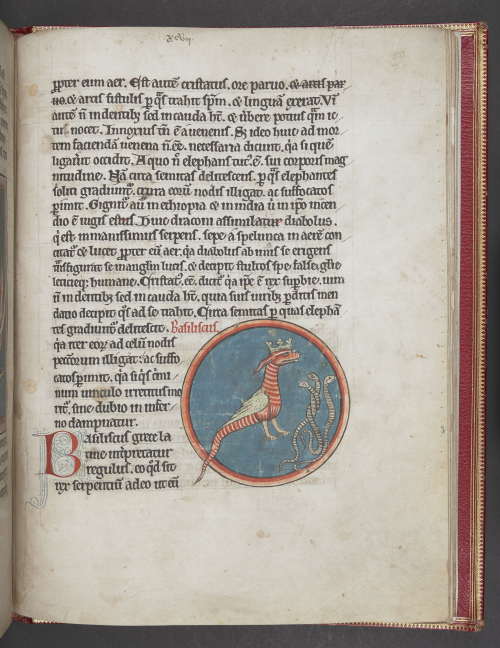 The phoenix, of course, had a legendary ability to rise from the ashes. In its old age, it would create its own funeral pyre, fanning the flames with its own wings, before being reborn after nine days. It takes much, much longer to digitise a medieval manuscript, but we like the idea that, by our digitising our collections, we are giving new life to books made centuries ago.

Fascinating and beautiful! Thanks for posting pictures of the process.

If you please. How is a manuscript "stabilized" and why is it not necessary to wear gloves when handling? Thank you.