Two manuscripts of Augustine’s treatise on the Trinity, both dating between 1120 and 1150, have recently been digitised as part of The Polonsky Foundation England and France Project. One is from St Albans Abbey (now British Library Egerton MS 3721); the other, containing the full text of De Trinitate, was made at an unknown location in England (now Bibliothèque nationale de France ms latin 12204). 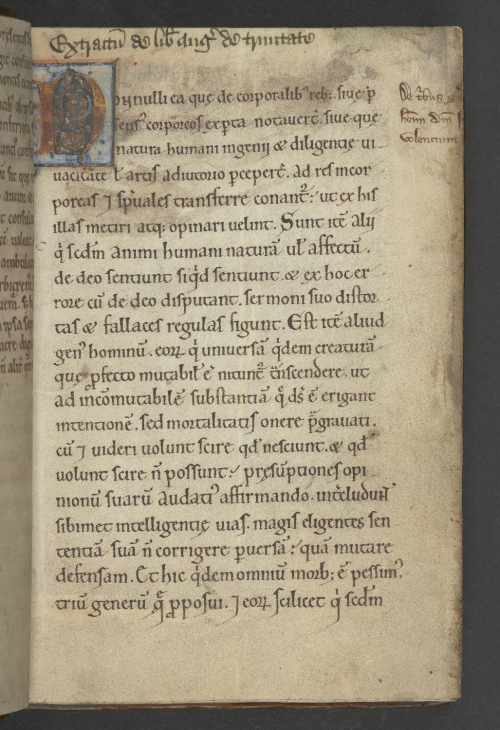 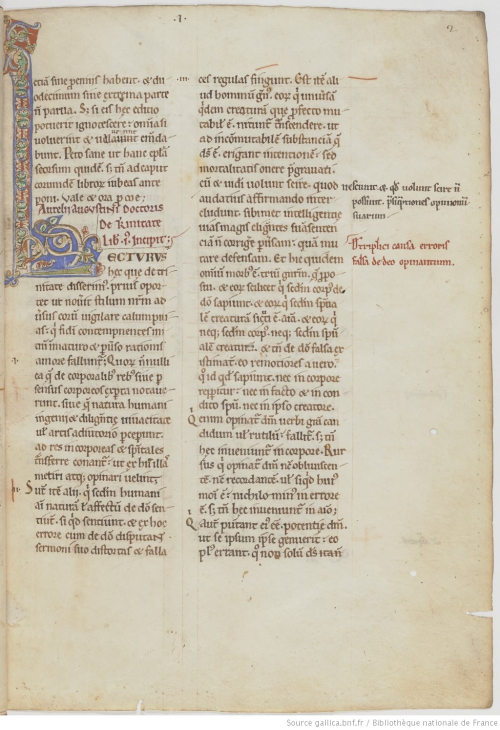 One of the most influential theologians of the early Church, St Augustine (354–430) became bishop of Hippo in present-day Algeria in 395. An extensive collection of his writings survive, in which he tackled the key theological questions of his time and interpreted them in a personal and practical way. His works were widely copied in medieval monastic scriptoria: after the Bible, they are the most common works listed in their library catalogues. For example, the library of Lorsch in Germany contained 98 volumes of Augustine out of a total of 590, and of 204 books in the inventory of Reading Abbey around 1192, 18 were the works of Augustine, more than double that of any other author. 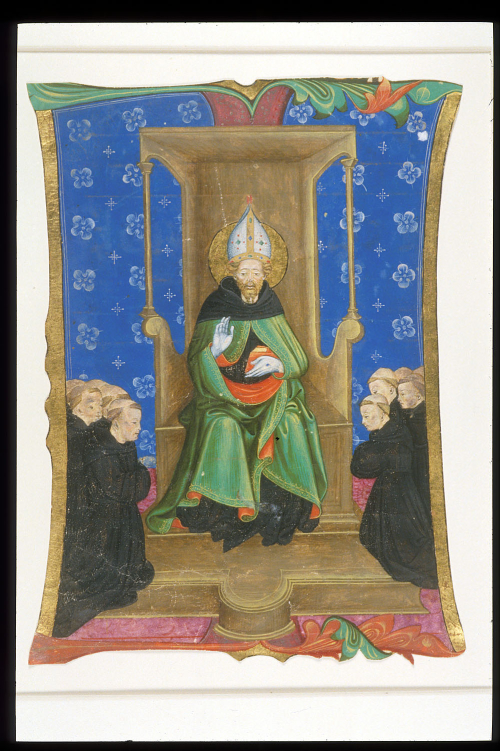 Augustine enthroned, in a cutting from a Gradual or Antiphoner, Italy (?Cremona), 3rd quarter of the 15th century: British Library Additional MS 38897C

Augustine devoted nearly thirty years of his life to his 15-book treatise on the Trinity, in which he emphasised the resemblance between God and man and the ultimate role played by faith. In monastic communities such as Norwich and Fécamp in Normandy, there are records of it being read at mealtimes throughout the week following Trinity Sunday. At Reading, several copies were kept in the dormitory for use in the refectory, according to a late-14th-century list of books.

In Egerton 3721, the text of De Trinitate is incomplete, ending at book 15, chapter 8. It is preceded by a calendar and a short excerpt from Augustine’s De doctrina christiana. 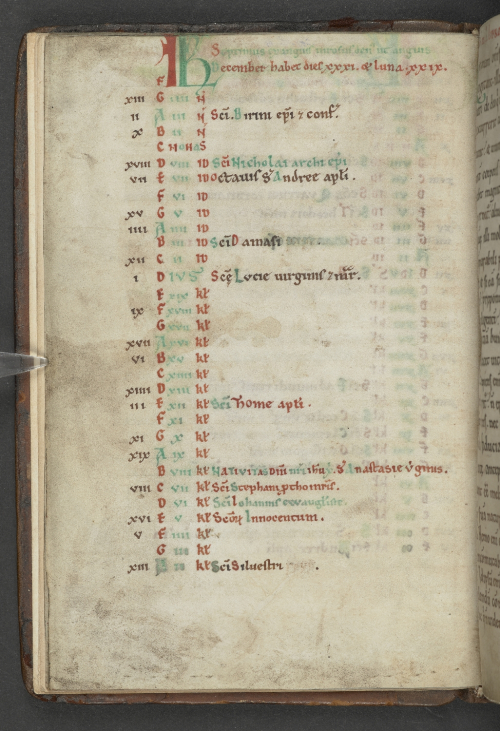 This is a small work-a-day book, thicker but not much bigger than a smartphone, and written in Protogothic script. It is datable between 1119 and 1146, based on entries in the calendar. In the main text there is one rather smudged gold initial at the beginning (f. 9r) and a few decorated initials in red and green. Paragraph numbers and marginal notes have been added in some books, in others only the book and chapter numbers are supplied. 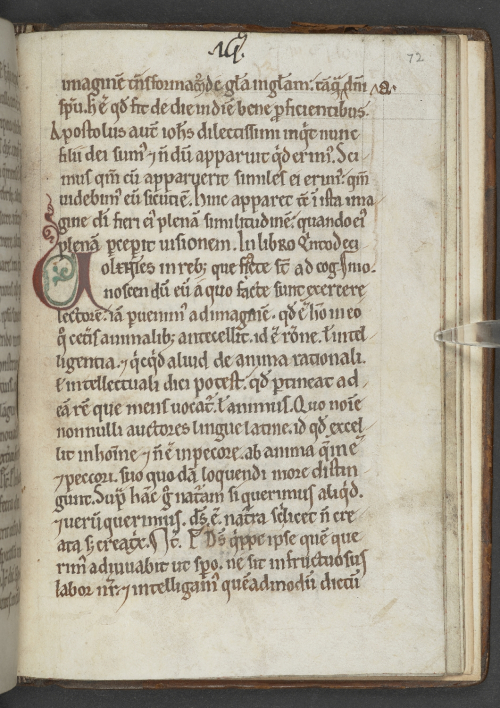 Halfway down the final page, De trinitate ends abruptly, and is followed by a short hymn, Cives celesti patriae, based on a meditation on the twelve stones that form the foundations of the heavenly Jerusalem. Each stone is assigned a different colour, to which a moral or physical meaning is attached. The final three verses are missing. 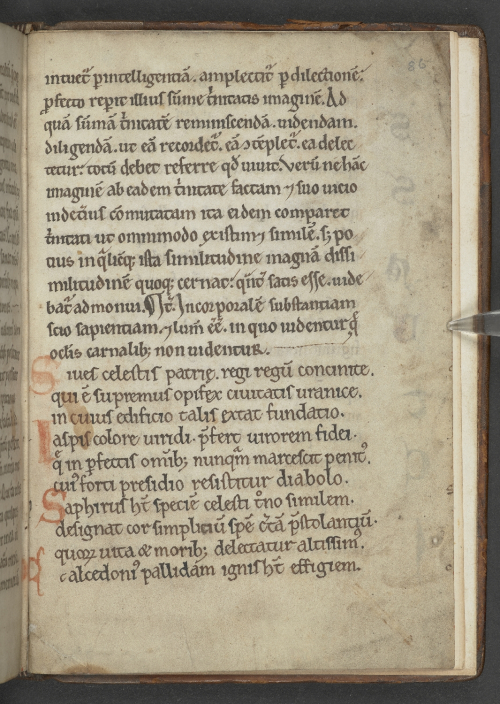 The copy of De Trinitate in BnF ms lat. 12204, also made in England, was recorded in the 15th century in the library of the abbey of Saint-Germain-des-Prés, an important religious and cultural institution then located just outside Paris. 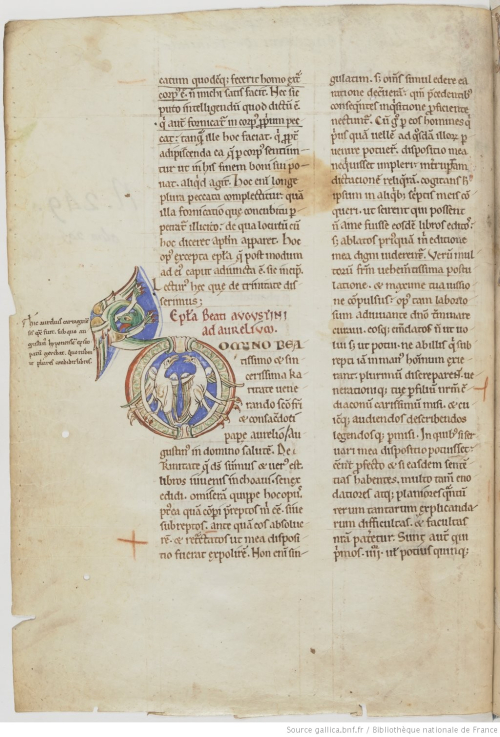 It is a larger manuscript than Egerton 3721, written in two columns and with more elaborate decoration. The book divisions are marked by ornate initials, some containing fantastic creatures. 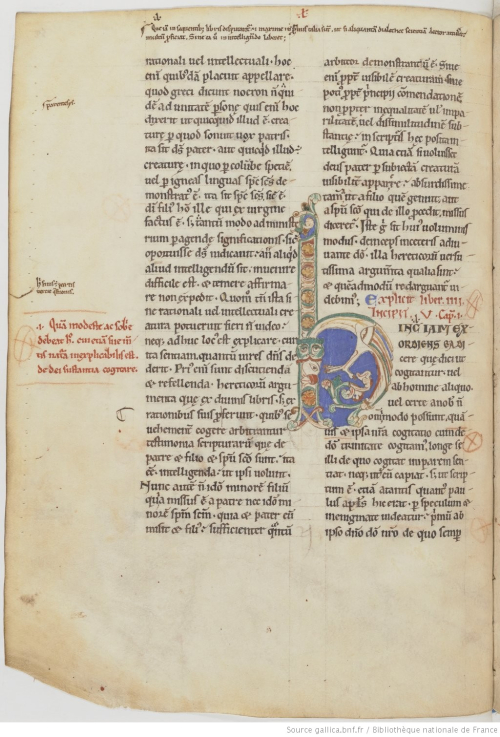 A large initial with zoomorphic decoration at the beginning of book 5 of De Trinitate: BnF lat. 12204, f. 52v

Although the two manuscripts were made around the same time, the script in the Paris manuscript is more compact, as these images of the same passage from the first chapter show. 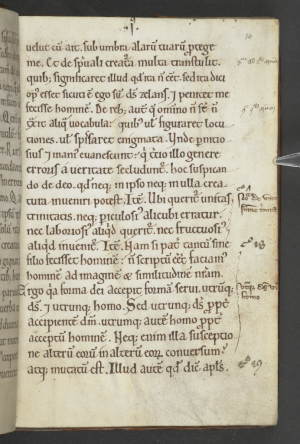 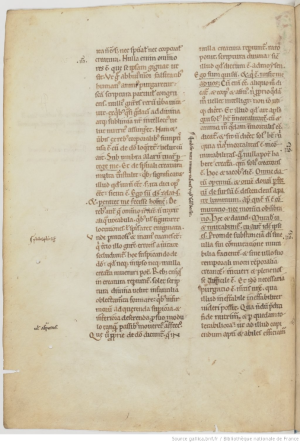 The Paris volume is approximately three times larger than its counterpart, roughly the dimensions of an A4 page, and it shows marks of regular usage. There are notes, glosses and symbols throughout its margins, some in formal script in red or black, others mere jottings and aides-memoire. 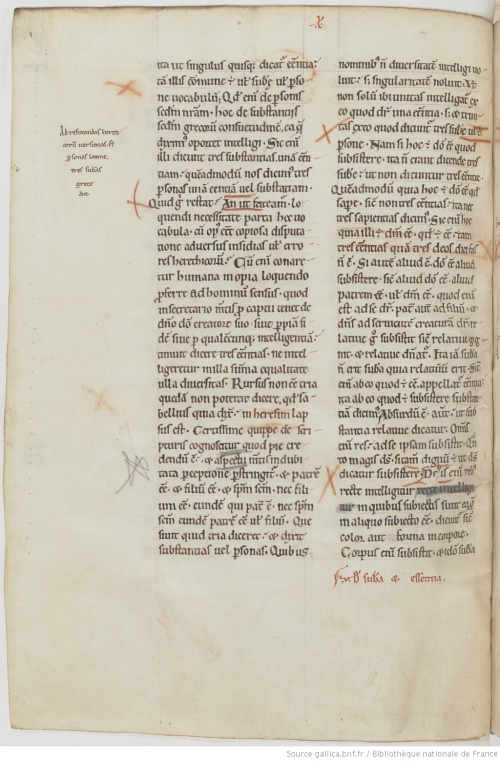 The format and marginal notes provide keys to the way the two manuscripts may have been used at their respective institutions, both well-established and important abbeys close to the cities of London and Paris. The first was probably for personal study, whereas the second may have been read in the refectory.