It’s almost Easter. Have you had your bath yet? If you were a reformed monk or nun and lived in England over 1,000 years ago, this was a pressing question. Everyone in their communities was supposed to wash before the elaborate church services and celebrations for Easter. Instructions for these baths were preserved in the Regularis Concordia (Unified Rule), a political manifesto and supplement to the Rule of St Benedict, probably written by Bishop Æthelwold of Winchester(d. 984). 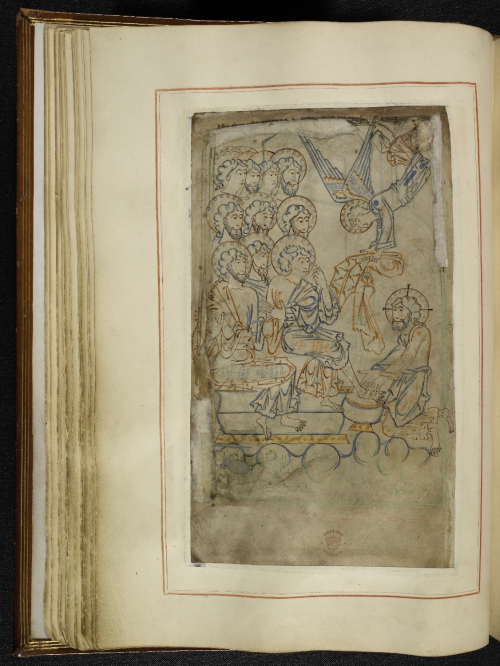 According to the Regularis Concordia, on the Saturday after Good Friday, ‘if they can, the helpers [ministri] or boys [pueri] shall shave and bathe themselves.’ If there wasn’t enough time for all the monks to wash on Saturday, some could bathe after Vespers on Good Friday.

Instructions for monks bathing and shaving before Easter, from the Regularis Concordia, made in Southern England (Canterbury?), mid-11th century: Cotton MS Tiberius A III, f. 20r

Washing was also a part of ceremonies before Easter. According to the Gospels, Jesus washed his disciples’ feet the night before he was killed. Monks re-enacted this on Maundy Thursday (the day before Good Friday), when the monks were supposed to wash the feet and hands of poor people from the community and to offer them food and money. This ceremony was known as the Mandatum, after one of the Biblical passages quoted in music for the ceremony: 'A new commandment (mandatum novum) I give unto you: That you love one another, as I have loved you' (John 13:34). 'Mandatum' is the root of 'Maundy', which is why the Thursday before Easter is still known as ‘Maundy Thursday’ in Britain. 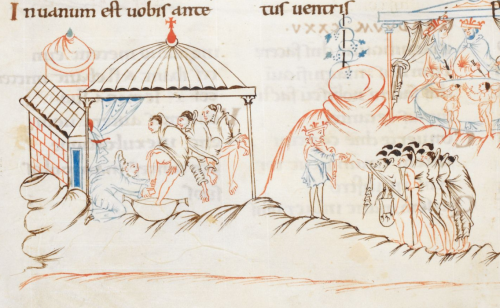 Abbots also washed the monks' feet ahead of Easter. The Regularis Concordia stipulated that after Vespers on Maundy Thursday, ‘the brothers shall then have their meal … but they must carefully wash their feet first … [T]he abbot shall wash the feet of all [the monks] in his own basin, drying and kissing them …’ The monks then washed their hands. And, of course, Easter celebrations were also a time associated with the symbolic washing of baptism. 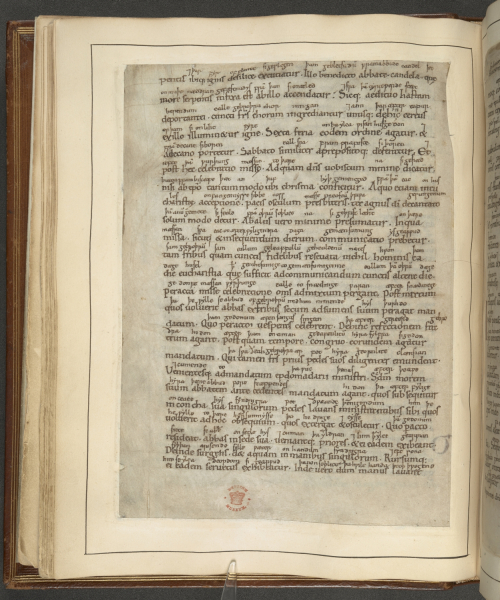 Instructions for the Mandatum on Maundy Thursday, from the Regularis Concordia: Cotton MS Tiberius A III, f. 17v

This is not to suggest that monks and nuns did not bathe at other times of year. The manuscript that contains the Regularis Concordia also includes a guide to monastic sign language with many signs related to bathing. Among these are the signs for nail-knife, comb and washing one’s head. Bathing was presumably a regular occurrence, since so many specific signs were developed for it.

'When you want soap, rub your hands together': a curator demonstrates a possible interpretation of the sign for soap from the Monasteriales Indicia

Bathing was also a topic discussed in monks' school texts, as part of a dialogue that was designed to help young monks learn Latin, known as the Colloquy of Ælfric Bata. In this text, the teacher upbraids the boys for not having washed and for being unshaven, while the boys complain there is no one to help them bathe and they don't have soap, shears and razors. The teacher then calls for a washer immediately to arrange baths for the whole monastery. This dialogue also suggests that Saturday is a good day for baths. Incidentally, Ælfric Bata may have used the manuscript that is now Cotton MS Tiberius A III: his name is inscribed on one of the pages.

The Regularis Concordia is preserved in two surviving manuscripts, now contained between Cotton MS Tiberius A III and Cotton MS Faustina B III. It is not clear that all its stipulations were always followed, even by the most fervent of Bishop Æthelwold’s students. Nevertheless, some of its details — such as the instructions for bathing before Easter — are striking. Even 1,000 years ago, it was important to look your best for a holiday.