Domesday Book is coming to the Anglo-Saxon Kingdoms exhibition

Tickets are now on sale for the British Library’s major exhibition on the Anglo-Saxon Kingdoms (19 October 2018–19 February 2019). As we previously announced, the exhibition will feature manuscripts that have not been in the British Isles for over 1,000 years, some of the earliest writing in English, and recent discoveries such as the Staffordshire Hoard. Today we are also thrilled to announce that the exhibition will feature Domesday Book, one of the most iconic manuscripts in English history. 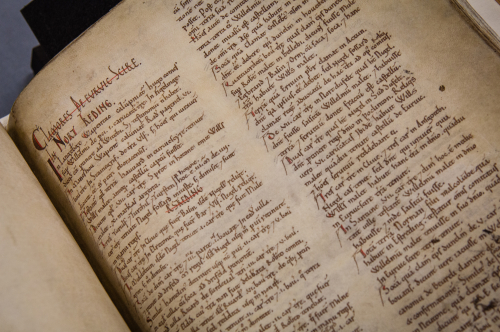 Domesday Book will be generously loaned to the Anglo-Saxon Kingdoms exhibition by The National Archives. It represents one of the most remarkable administrative endeavours in the history of medieval government. Although often thought of as a spectacular achievement of the Norman invaders, it is also a uniquely rich record of the landscape of late Anglo-Saxon England. 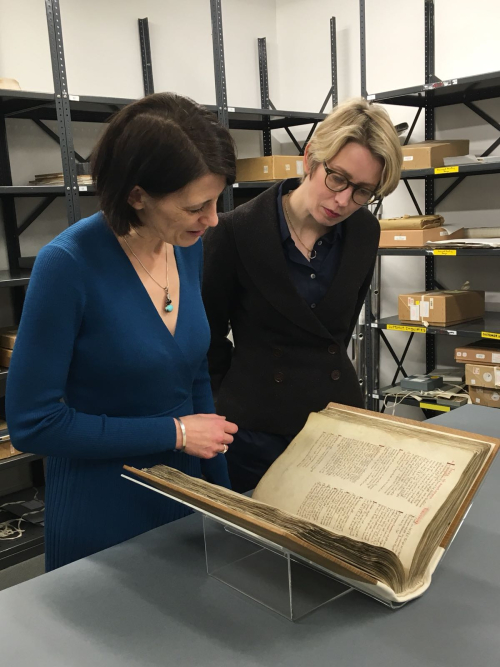 The volumes known as Great Domesday contain the final summary of a survey of land and property ownership in England, commissioned by William the Conqueror at Christmas 1085. Domesday Book was so-called because its judgements, like the Last Judgement on Doomsday, could not be appealed. As one government administrator put it in the 1170s, 'We have called the book ‘the Book of Judgement’ [liber iudiciarium or Domesdei in English], not because it contains decisions on various difficult points, but because its decisions, like those of the Last Judgement, are unalterable' (Richard Fitz Nigel, Dialogus de Scaccario: The Course of the Exchequer, ed. and trans. by Charles Johnson and others (Oxford: Clarendon Press, 1983), p. 64). 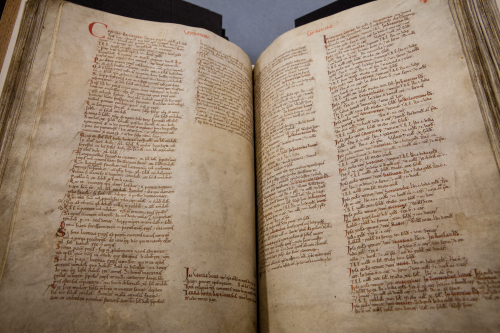 The Domesday inquest or survey was completed in a mere seven months. Domesday Book records the landholders, tenants and resources of over 13,418 settlements in England and some in Wales. It lists churches, forests for deer hunting, plough teams, slaves, meadows, arable land and other details. Not all regions are covered in the surviving survey. Cities such as London and Winchester were notably left out, together with England north of the River Tees. Even areas that are featured in Domesday Book do not always have complete information. There are some interesting examples of rural areas where plough teams and other resources are listed, but, mysteriously, no people. Nevertheless, Domesday Book provides unparalleled detail about the landscape and economy in England shortly before and soon after the Norman Conquest.

The country was divided into seven areas called circuits. Teams of nobles and officials, called commissioners, were sent to each area to record who owned which pieces of land and which humans and animals lived on the land, both between the time of King Edward the Confessor (1066) and the time the survey was carried out (1086).  Not ‘one ox nor one cow nor one pig was left out’, as one contributor to the Anglo-Saxon Chronicle complained. A copy of the list of questions asked by the commissioners survives in the 12th-century Inquisitio Eliensis at Trinity College in Cambridge. This manuscript is also being loaned to the exhibition and will be on display in Anglo-Saxon Kingdoms. 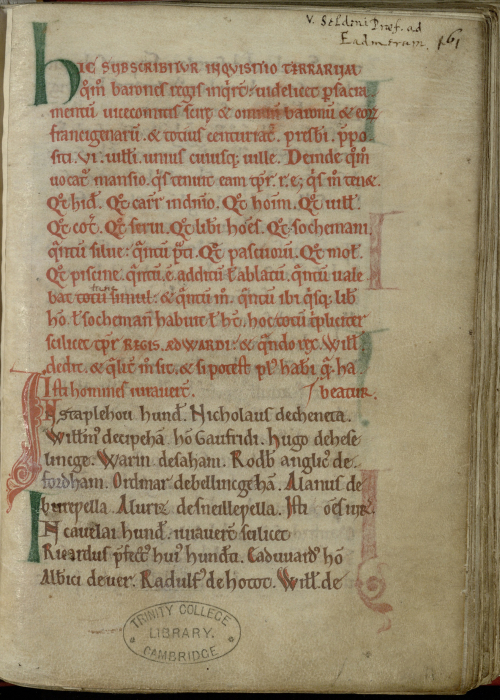 The process by which the survey was compiled is revealed by Exon Domesday, which covers the south-western counties of Cornwall, Devon, Somerset and Wiltshire. Exon Domesday preserves evidence of how data was collected and reorganised in the phase of the survey which immediately preceded the compilation of Great Domesday itself, and we are delighted that part of the manuscript will be on loan from Exeter Cathedral Library in Anglo-Saxon Kingdoms as part of the story of the landscape of 11th-century England.

The exhibition will feature a number of books and documents from the British Library's own collections, alongside key manuscripts and artefacts loaned by other institutions. In addition to Domesday Book, visitors to the exhibition will be able to view Beowulf and Codex Amiatinus. In the coming months we will reveal more news about the exhibits and our events programme on the Medieval Manuscripts Blog.

­Anglo-Saxon Kingdoms will be on display at the British Library between 19 October 2018 and 19 February 2019.

A great pity that Anglo-Saxon manuscripts from Epinal, Cambrian, Berlin and Gotha, some never displayed, have not found a place in this exhibition.

Thank you for your comment. Details of further loans will be announced later in the year.
Ancient, Medieval and Early Modern Manuscripts, The British Library