When many people think of Old English epics, they tend to think of Beowulf: an almost all-male story of warriors doing battle against monsters. However, did you know that some of the longest heroic poems in Old English have female central characters? Three epic Old English poems are named after and centre on women: Judith, Juliana and Elene. These poems are preserved in three of the four major Old English poetic codices, which will be displayed together for the first time during the Anglo-Saxon Kingdoms exhibition at the British Library (19 October 2018–19 February 2019). 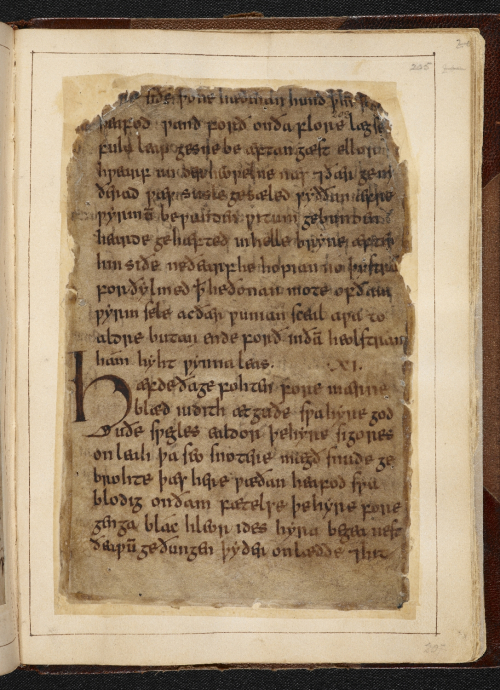 Perhaps the most action-packed story is Judith. Only one, fragmentary copy of the poem survives, in the same manuscript that contains the only surviving copy of Beowulf. The surviving copy begins when Judith, a beautiful Jewish heroine, is summoned to the bedroom of the enemy general Holofernes. She finds Holofernes drunk and beheads him with a sword. She and her maid then sneak out of the camp with his severed head, which Judith then presents in front of the walls of her city while giving a rousing speech to the troops:

‘Here, you heroes renowned in victory, leaders of men, you can gaze unobstructed at the head of the most despicable heathen war-maker, lifeless Holofernes, who of all people caused us the most loss of life, bitter pain ... I drove the life out of him through God’s help. Now I want to request of every man of this citizenry, every shield-bearer, that you prepare yourselves without delay for battle after the God of origins, that compassionate king, send from the east his bright light. Bear forth your linden shields before your breast, garments of mail and bright helmets into the crowd of attackers …’ (translated by R. D. Fulk, The Beowulf Manuscript (Harvard, 2010), pp. 311–13). 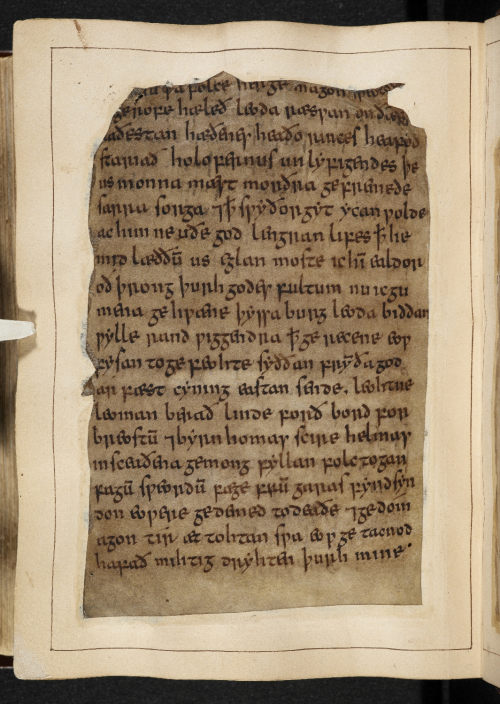 Two more lengthy Old English poems are named after women: Juliana and Elene, both of which were written by Cynewulf. Judging by the form of Old English he used, Cynewulf probably came from Mercia, and he lived during the 9th century. Unusually for an Old English poet, he ‘signed’ his works with puns based on the runes used to spell his name. Juliana survives only in the Exeter Book (Exeter Cathedral MS 3501) and Elene survives only in the Vercelli Book (Vercelli, Biblioteca Capitolare, CXVII).

Juliana is the story of a beautiful Roman from Nicomedia, who catches the eye of Eleusias, ‘a rich man of noble lineage, a mighty prefect’ (translated by Charles W. Kennedy, Juliana (Cambridge, Ontario, 2000), p. 2). Juliana’s father, Africanus of Nicomedia, is delighted when Eleusias wants to marry Juliana, but Juliana herself is less thrilled: she publicly refuses to marry him unless he converts to Christianity. Furious and humiliated, Eleusias has Juliana tortured and thrown in prison. While in prison, Juliana encounters a demon in disguise. She catches the demon and beats it up. Although the pages which describe Juliana’s fight with the demon are missing (the text breaks after the words, ‘she seized upon that devil’), when the text resumes it is clear that Juliana has physically and intellectually bested the demon, who is forced to confess all his plans and crimes, crying out:

‘Behold, thou hast afflicted me with painful blows, and in truth I know that, before or since, never did I meet, in all the kingdoms of the world, a woman like to thee, of more courageous heart, or more perverse … Clear it is to me that thou wouldest be in all things unashamed in thy wise heart’ (translated by Kennedy, Juliana, p. 12). 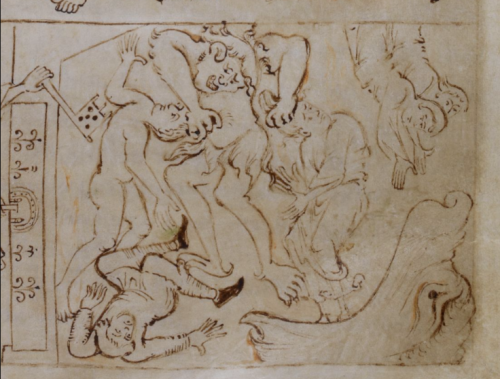 Juliana eventually releases the demon, who encourages Eleusias to order Judith’s death. When he fails to kill her with boiling lead (which does not even harm her clothes), he eventually has her beheaded. Cynewulf notes that Eleusias eventually dies in a shipwreck, while Juliana’s memory endures.

Cynewulf also wrote a poem about Elene, or Helena, the mother of the Emperor Constantine, who allegedly rediscovered the True Cross in Jerusalem. Cynewulf portrays Elene debating, browbeating (and eventually torturing) whole committees of Jews and Christians to tell her the location of the True Cross. 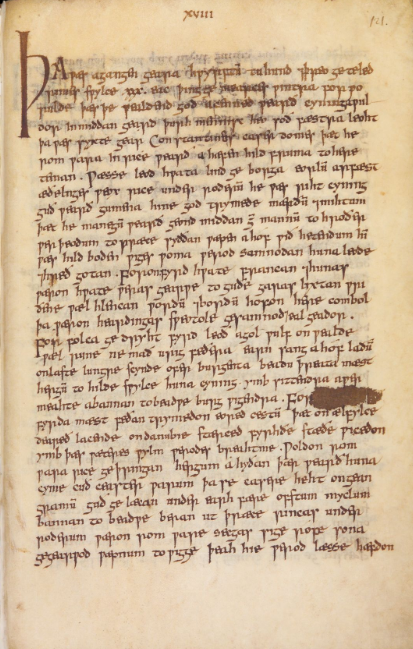 Of course, there are female characters in other epics, such as Grendel’s mother in Beowulf and Eve in the Genesis poems. Women's voices also appear in shorter Old English poems and elegies, like The Wife’s Lament. We might also draw attention to Prudentius’s Psychomachia, a Latin text written in northern Spain that became popular in early medieval England. The Psychomachia features an all-female cast, who are personifications of feminine abstract nouns. To learn more about the role of women in medieval literature, please have a look at the British Library’s new Discovering Medieval Literature site. 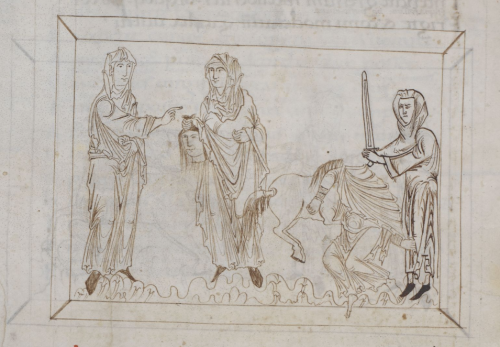 We should also admit that there is no such thing as gender equality (or other types of equality) in Old English literature. For example, it may not be to modern audiences' tastes that both Judith and Juliana fixate on their subject’s virginity. But it is still worth noting that, over a thousand years ago, women had a starring role in some of the earliest English epics.