From illuminated Gospel-books to heavenly depictions of the constellations, from texts in Old English to works on the natural world, the first fruits of our exciting collaboration with the Bibliothèque nationale de France are ripe for the picking. The Polonsky Foundation England and France Project: Manuscripts from the British Library and the Bibliothèque nationale de France, 700-1200 has reached its halfway milestone with 400 manuscripts made before 1200 now digitised, newly catalogued and available to view online. A complete list of the manuscripts with links to the current image viewers can be found here: PolonskyPre1200 PDF (also available as PolonskyPre1200 Excel). 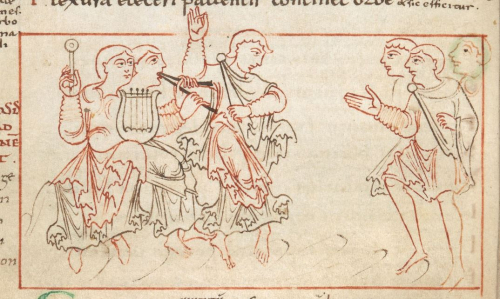 A lively scene with musicians and a dancer from illustrated Psychomachia by Prudentius, in a late 10th-century manuscript from England: British Library, Cotton MS Cleopatra C VIII, f. 19v

By the end of the Project a total of 800 manuscripts will be available through this resource, so the halfway point is a good moment to reflect on what the Project has achieved so far, as well what we hope to achieve over the coming months. As we focus on 500 years of collaboration and the coexistence of medieval English and French book culture and illumination, we are also currently exchanging texts and ideas. We are working together in close partnership with the Bibliothèque nationale de France on two exciting platforms for the display and interpretation of the manuscripts that have been digitised. All of the photography is now complete, and we are working on the design of a new IIIF compatible viewer that will be hosted on the BnF’s Gallica website. We are also writing articles and descriptions of many of the Project manuscripts for a new website hosted at the British Library, to explore the cultural and historical context of the manuscripts together with their artistic importance. 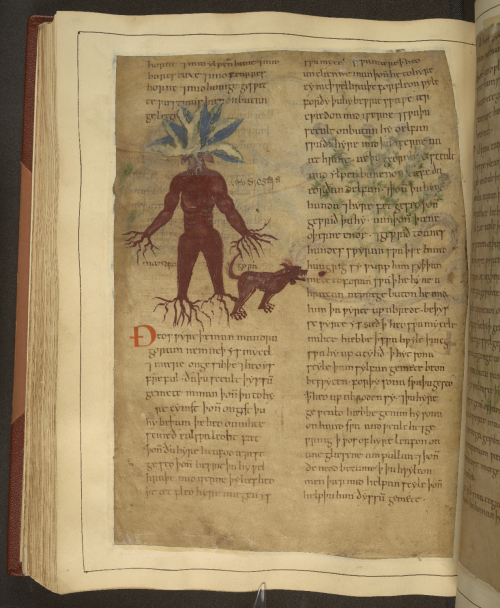 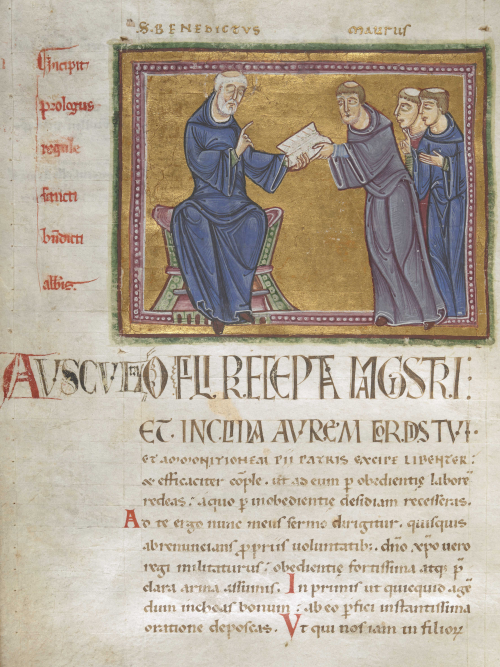 To follow the progress of our French partner, do consult their new blog Manuscripta. For inspiring glimpses of individual manuscripts check out the Project on Twitter (using the hashtag #PolonskyPre1200). And, of course, follow our own Blog for regular updates.