The legends of King Arthur

Have you ever wondered who King Arthur really was? The British Library's Discovering Literature: Medieval site features a fascinating essay on this very subject, written by Dr Hetta Elizabeth Howes of City, University of London. Howes traces and contextualises the evolution of the Arthurian legend, based on the historical and literary sources, and illustrated with images of manuscripts in our collections, from Geoffrey of Monmouth to Thomas Malory. As the essay pertinently asks, 'Will the real King Arthur please stand up?'

Among the manuscripts featured in The legends of King Arthur is Wace's Roman de Brut, a poem written in Anglo-Norman French. In the copy shown here, made in England in the 14th century (Egerton MS 3028), Arthur's exploits are described in a series of narrative images. 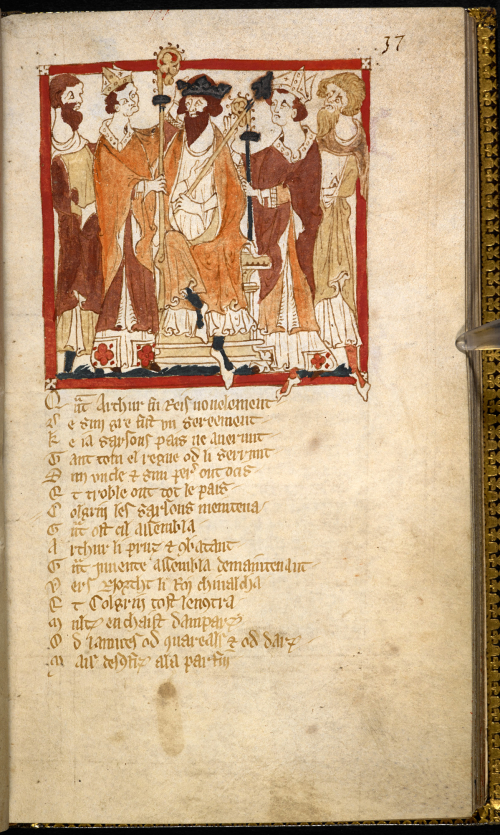 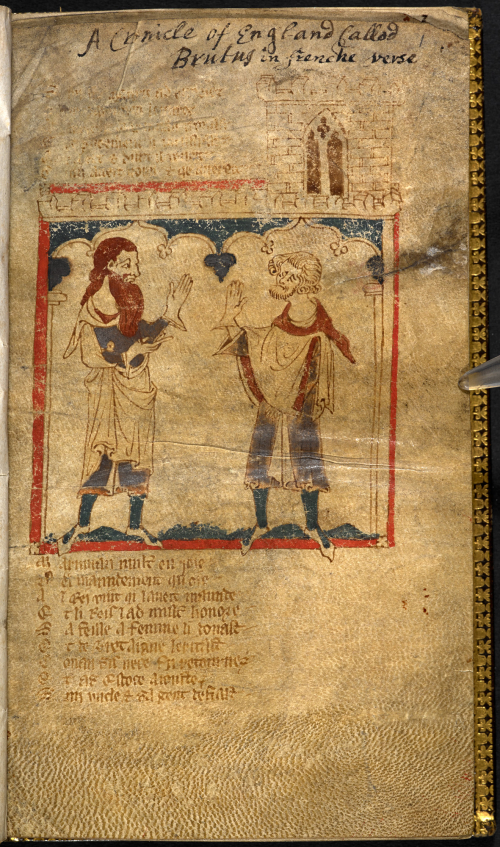 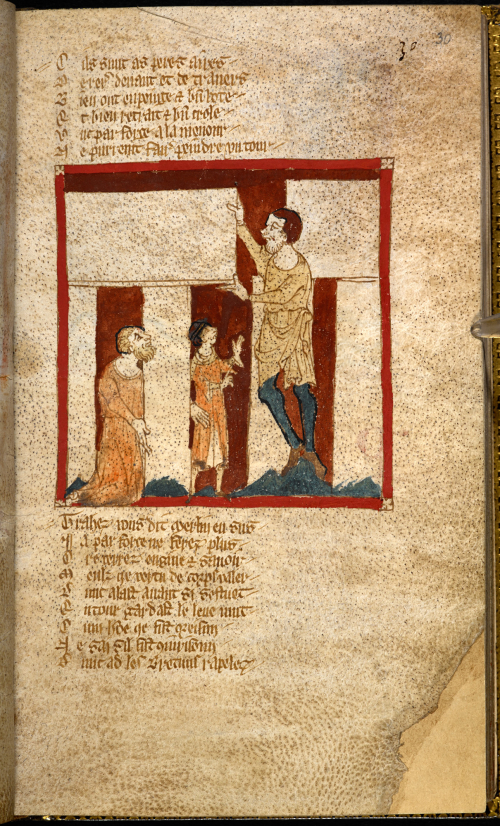 Wace's work was translated in turn by Laȝamon into Middle English, known as Laȝamon's Brut. This manuscript (Cotton MS Caligula A IX) was made probably in the last quarter of the 13th century. It is one of two surviving copies of Laȝamon's work, but the second (Cotton MS Otho C XIII) was damaged by fire in 1731. Medieval manuscripts such as these helped to popularise the legend of Arthur. As Howes fittingly concludes, 'King Arthur may not have returned from the dead, as the myths promise, [but] he has certainly enjoyed a number of afterlives in popular culture.'

The legends of King Arthur is one of many essays found on our Discovery Literature website. Other include Sir Gawain and the Green Knight: an introduction by Simon Armitage, Old English by David Crystal and Dream visions by Mary Wellesley.

Posted by Ancient, Medieval, and Early Modern Manuscripts at 10:47 AM