Will the real Venerable Bede please stand up?

26 May is the heavenly birthday of the Venerable Bede, as he would have put it: that is, it's the anniversary of Bede’s death of 735. Bede is one of the most important figures in early English history, because most of what we know about the Anglo-Saxon kingdoms up to the 8th century comes from his writings. Modern historians rely on Bede's Ecclesiastical History of the English People, but during his lifetime his theological and scientific writings were equally popular and were studied for centuries to come. So who was Bede as a person? Fortunately, his own writings provide some clues, as do those of people who knew him.

Late 12th-century image of a scribe that may have been intended to depict Bede, from the Lives of St Cuthbert, Durham, 4th quarter of the 12th century: Yates Thompson MS 26, f. 2r. It's probably not what Bede looked like, though.

In the final chapters of his magnum opus, the Ecclesiastical History of the English People, Bede included a short autobiographical note. He stated that he was in his 59th year, having been born in the territory of the monastery of Wearmouth-Jarrow, south of modern day Newcastle-upon-Tyne, and presented to the monastery at the age of seven. Bede spent the majority of his life as part of this monastic community, and developed a close relationship to its founders, Benedict Biscop and Abbot Ceolfrith. This autobiographical note also mentions that Bede had written over 38 books, on topics ranging from theology to the art of poetry to mathematics. 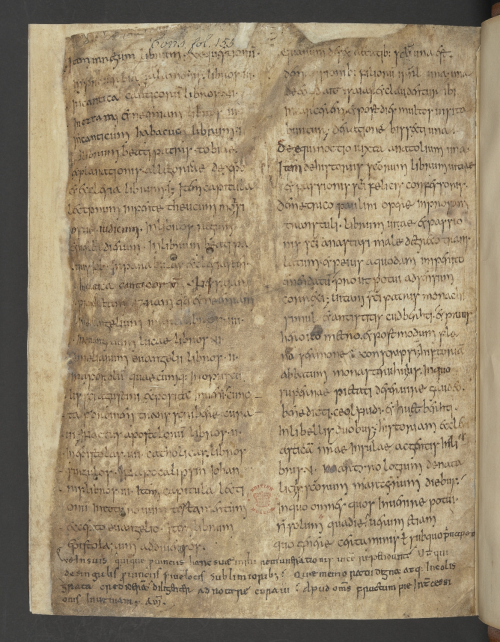 Page including the list of Bede's works, from an early 9th-century copy of the Ecclesiastical History, Cotton MS Tiberius C II, f. 157v

Further glimpses of Bede’s life appear in his other books. They show that he was a patient teacher, keen singer, devout Biblical scholar and pioneering scientist, who made new discoveries about tides and helped develop a whole branch of mathematics known as computus. In some of these writings, Bede described his life and surroundings more directly. In his old age, Bede wrote an account of the lives of Benedict Biscop, Abbot Ceolfrith and the other abbots of his monastery. Bede described how Benedict Biscop sent for masons from France to build the monastery from stone ‘in the Roman style’, and described Ceolfrith’s departure for Rome with the great Codex Amiatinus in 716. This book will be returning to the United Kingdom for the first time in 1,302 years for the British Library’s Anglo-Saxon Kingdoms exhibition (19 October 2018–19 February 2019). 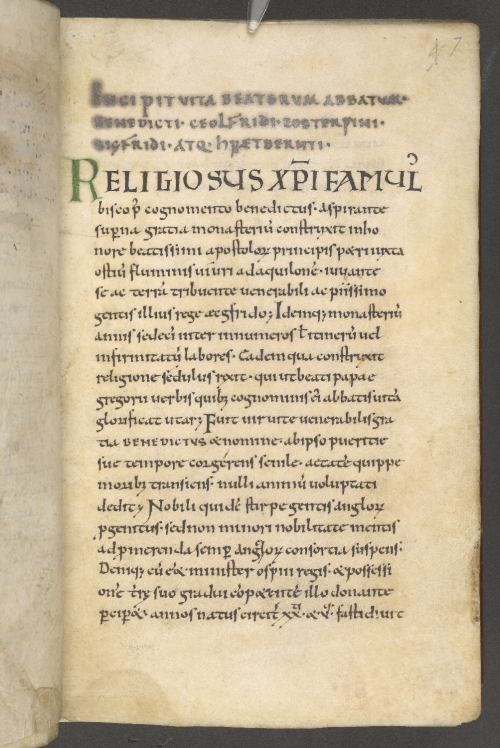 First page of the earliest copy of Bede’s History of the Abbots: Harley MS 3020, f. 7r

The British Library cares for two manuscripts that were produced at Wearmouth-Jarrow during Bede’s lifetime. These are books that Bede would have seen, and they help paint a picture of his home as a busy intellectual and cultural centre. One of these comprises some leaves that survive from one of the other two Bibles that Ceolfrith commissioned, in addition to Codex Amiatinus. The other is the earliest intact European book: the St Cuthbert Gospel (Add MS 89000), made at Wearmouth-Jarrow in the early 8th century. 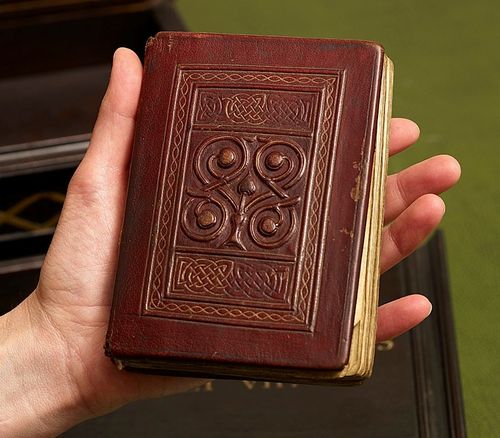 Front cover of the St Cuthbert Gospel, made at Wearmouth-Jarrow in the early 8th century: Add MS 89000

Bede’s life had its rough patches. After Abbot Ceolfrith left in 716, Bede was so upset that it affected his writing, as he mentions in his commentary on 1 Samuel. In another incident, Bede was accused of heresy in the year 708. He wrote a letter to a monk named Plegwin in which he explains the reasons for this accusation. This letter was preserved in a manuscript copied in the 12th century. The letter implies that Bede had been accused of heresy in Plegwin’s presence, and Plegwin had described this incident to Bede in a previous letter. Bede’s reply expressed his outrage, and explained why the accusation was false. The accuser claimed that in Bede’s Chronica Minora, he denied that Christ had lived in the sixth age of the word, as was commonly believed. Instead, Bede argued that Christ had lived in the seventh age. In the letter to Plegwin, Bede wrote: ‘If I had denied that Christ had come, how could I be a priest in Christ’s Church?’ (translated by F. Wallis, Bede: The Reckoning of Time, p. 405). 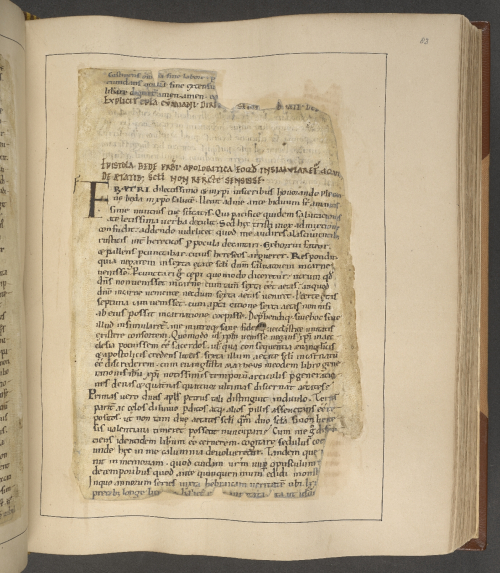 The most detailed contemporary account about Bede describes him dying. Not long after Bede’s death, a man named Cuthbert wrote a letter to a deacon named Cuthwin. This letter reveals key details about Bede’s activities on the eve of his death. It described how Bede had shared out his few possessions among his brothers at Wearmouth-Jarrow. Among these possessions were exotic items such as pepper and incense. According to Cuthbert, Bede also urged his brothers to finish a copy of the Gospel of St John, which he had been translating into Old English. He also translated some excerpts of the work of Isidore of Seville for the benefit of his students and recited Old English poetry about death to them. 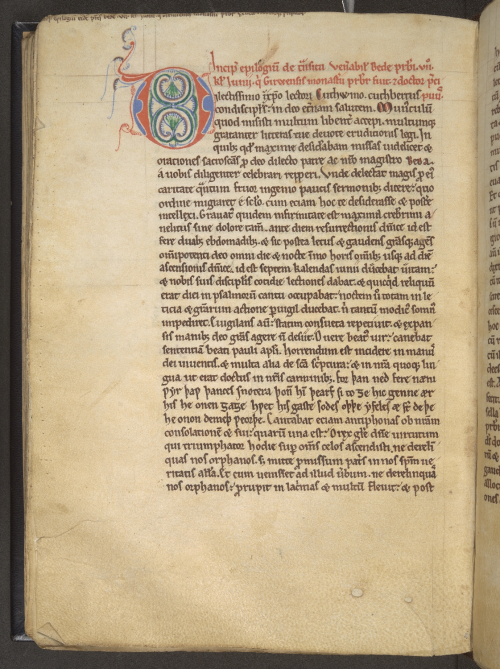 After Bede had dictated ‘the last sentence’ to his student Wilbert, he asked to be placed in the spot where he usually prayed. There, ‘on the floor of his little cell, while chanting “Glory be to the Father and to the Son and to the Holy Spirit”, he breathed his last.’

The Epistola Cuthberti states clearly that Cuthbert was the author and Cuthwine the recipient.