What's in a name?

Do you ever sign your name in your books? Is that something you did as a child (as I used to do in my Mr Men books) or is it a habit you've carried over into adulthood? Do you ever inscribe your books in case you lend them, or do you date them as a record of when they were acquired?

One person who regularly signed his books was the politician and antiquary, Sir Robert Cotton (1571–1631). Cotton's library of manuscripts was presented to the British nation upon the death of his grandson, John, in 1702, and it now resides at the British Library. Among its many treasures are two copies of Magna Carta as issued by King John in 1215, the sole surviving medieval manuscript of Beowulf, and the state papers of the Tudor monarchs.

I am particularly keen to learn more about how and when Cotton obtained his manuscripts. Much pioneering work on this topic was done by Colin Tite, who died last year, as recorded in his The Manuscript Library of Sir Robert Cotton: The Panizzi Lectures, 1993 (London, 1994), and The Early Records of Sir Robert Cotton's Library: Formation, Cataloguing, Use (London, 2003). Among the evidence for the gradual growth of Robert Cotton's library are the various catalogues compiled during and after his lifetime, his correspondence with other scholars, and the manuscripts themselves. I hope in time to be able to collate all this information. Below are some examples of Cotton's dated signature, starting in 1588 when he was aged just 17, and encompassing manuscripts such as the magnificent Vespasian Psalter, dated in 1599. 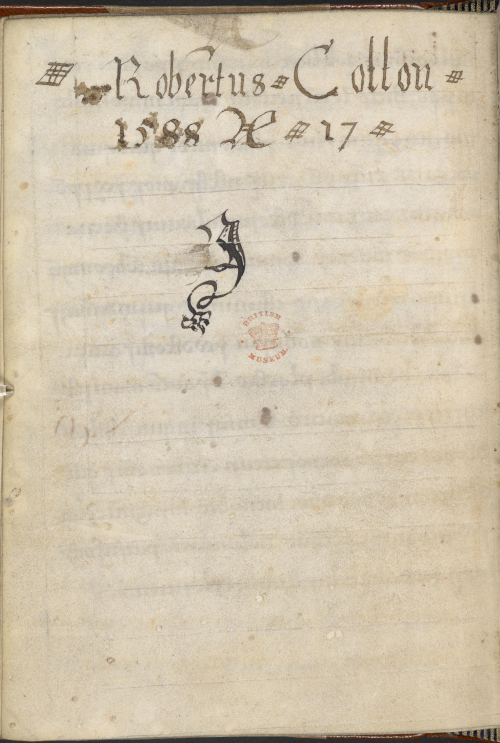 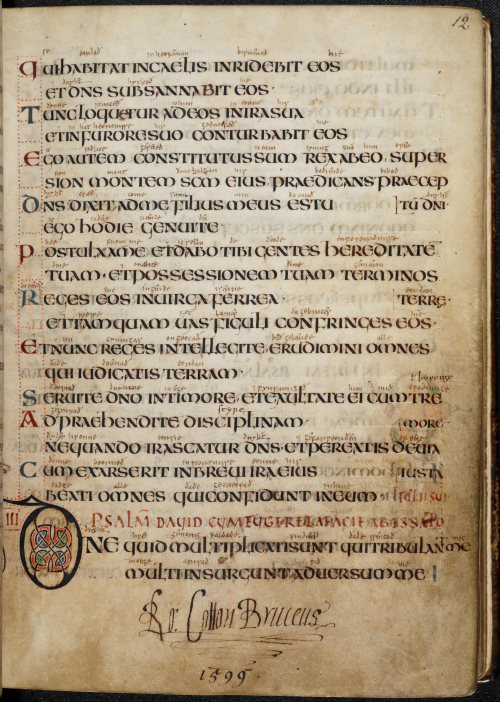 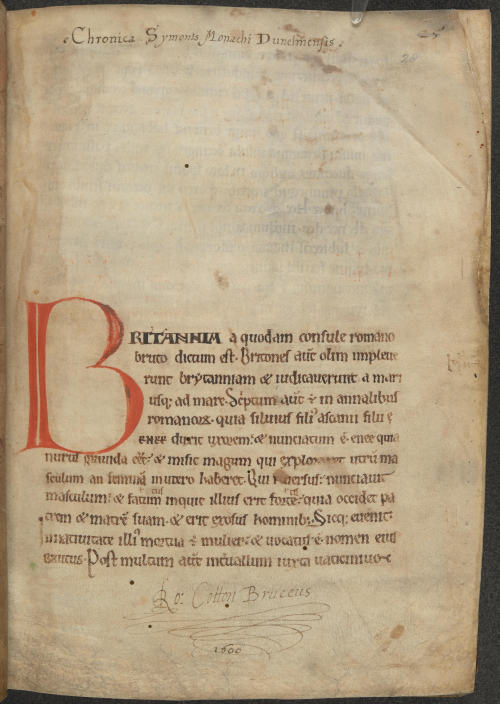 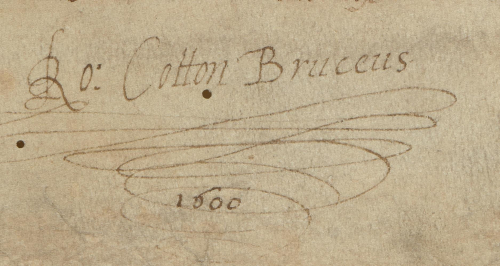 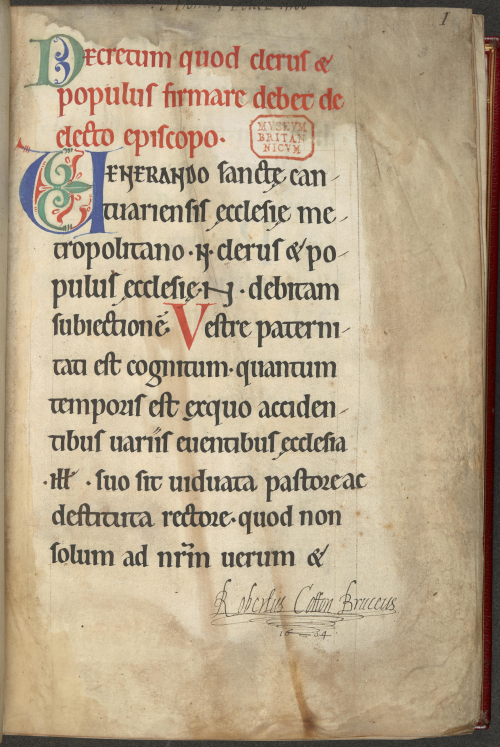 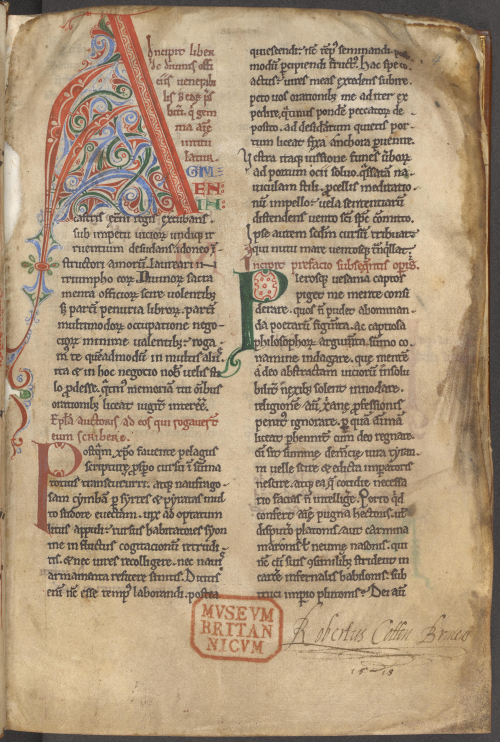 Among other manuscripts whose acquisition we can potentially date on the basis of inscriptions in the books themselves are:

Putting all this evidence together, I very much hope one day to be able to continue Colin Tite's magnificent work, so that collectively we understand more about the origins, growth and early usage of Sir Robert Cotton's manuscript collection.