Growing up in Pennsylvania, one of the sights and sounds I associated most strongly with summer was the sound of lawnmowers. Mowing was already a common sight a thousand summers ago, judging from the line drawings in this 11th-century calendar (Cotton MS Julius A VI). However, the sound of scythes depicted here would have been rather different from the noise their motorised descendants make. 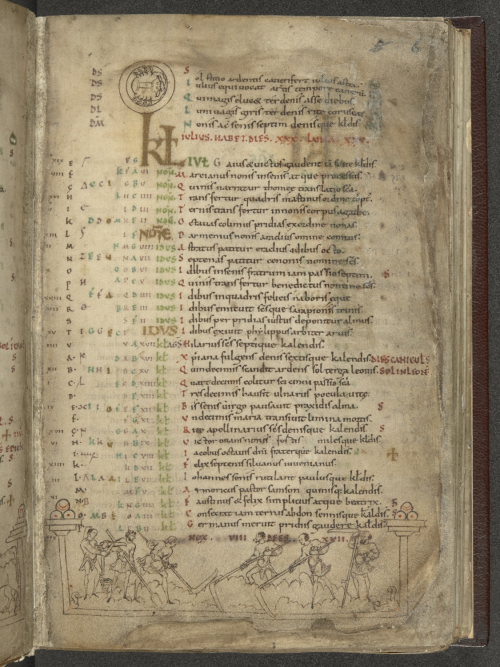 A calendar page for July, from a calendar made in southern England, mid-11th century: Cotton MS Julius A VI, f. 6r

Each page of this calendar contains an image of agricultural or social life, so it is sometimes known as the Julius Work Calendar. (For an introduction to this calendar, please see our posts for previous months.) The people mowing appear at the bottom of the page for July.

This group of six figures has given the artist a chance to show off his virtuosity. Detailed, vivid line-drawings were prized in 11th-century English art, and the artist of this calendar uses this technique at its height to create distinct characters for each of the six men. 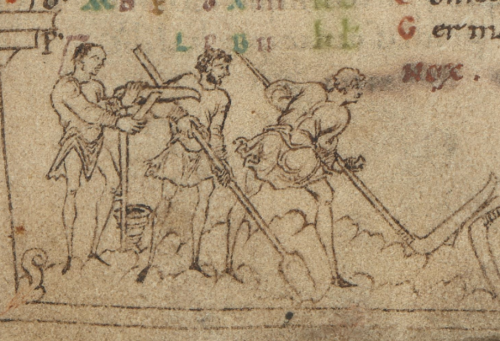 Detail of men with scythes and a pitchfork, Cotton MS Julius A VI, f. 6r

Starting on the left, the artist has drawn a short-haired, balding man sharpening a scythe, possibly with a stone. Next to him, a dark-haired, bearded man collects material with a pitchfork, while a light-haired man, with his back to the viewer, bends down to make a cut with his scythe. 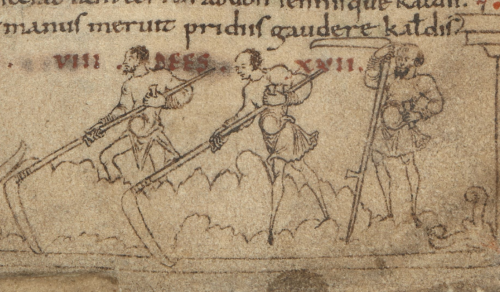 On the right side of the image, the artist has created another three characters. A dark-haired man with a short beard has hitched up his tunic to keep it out of the way while he mows, while the balding, clean-shaven man next to him wears his tunic loose. It swings as he steps forward. Fluttering hemlines were a recurring theme in 11th-century English drawings, and this artist made sure to include some frills even when depicting a worker's tunic. My favourite figure in the group, though, is the balding man with a forked beard on the right. He holds a whetstone in his left hand and taps or scratches his head with his right hand. Some days, we all know how he feels! 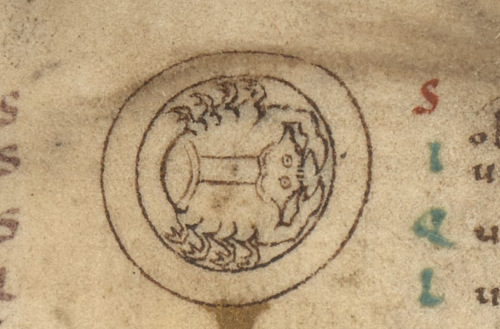 In addition to the mowers, this calendar page also features a depiction of the constellation Cancer, the crab. Cancer was one of those zodiac symbols that was subject to many different artistic interpretations throughout the medieval period, as we have discussed in previous calendar pages on this Blog. In the Julius Work Calendar, Cancer is portrayed as a very round creature with pincers, 8 legs and round eyes. Here's how other medieval artists represented Cancer. 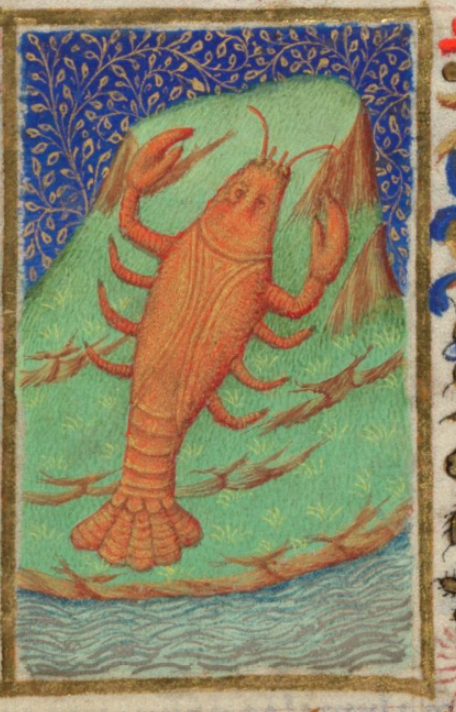 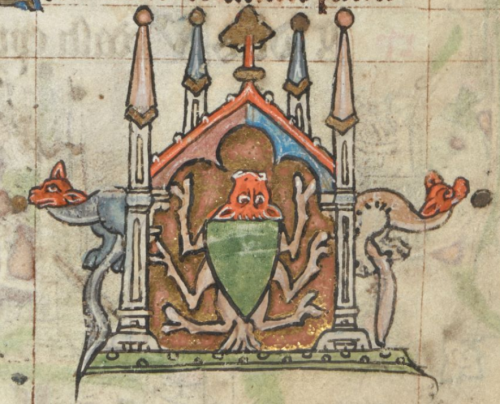 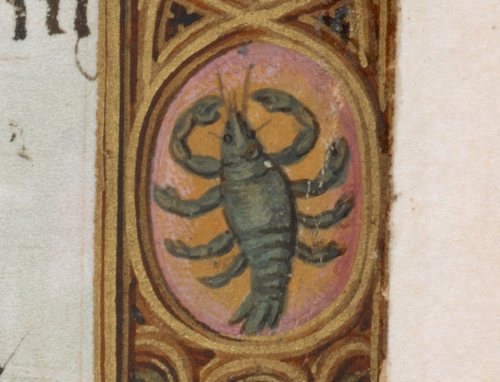 The rest of the page for July contains the usual calendrical information: guides for calculating lunar cycles and the days of the week, as well a poem with a verse for every day. Only one feast day is marked out in July: the feast of St James, ‘the brother of the Lord’, on 25 July.

Detail of the verses for 25 July and following, from the Metrical Calendar of Hampson, Cotton MS Julius A VI, f. 6r

So, this July, if you are mowing your lawn, remember you part of an ancient July tradition. If you don't have a lawn, there’s always the Digitised Manuscripts site to brighten your day, where you can see this manuscript and over 300 other manuscripts digitised by the The Polonsky Foundation England and France Project.