To mark midsummer, that most magical of days, we have another exciting update from The Polonsky Foundation England and France Project. In a ground-breaking collaboration, the British Library and the Bibliothèque nationale de France have now digitised and published online 600 out of the selected 800 manuscripts. The remaining 200 manuscripts will be made available later this year. To get an idea of the range of manuscripts included so far, we have compiled a list (available in PDF and Excel formats) containing shelfmarks and titles, along with links to view the manuscripts in either Digitised Manuscripts at the BL or Archives et manuscrits at the BnF. 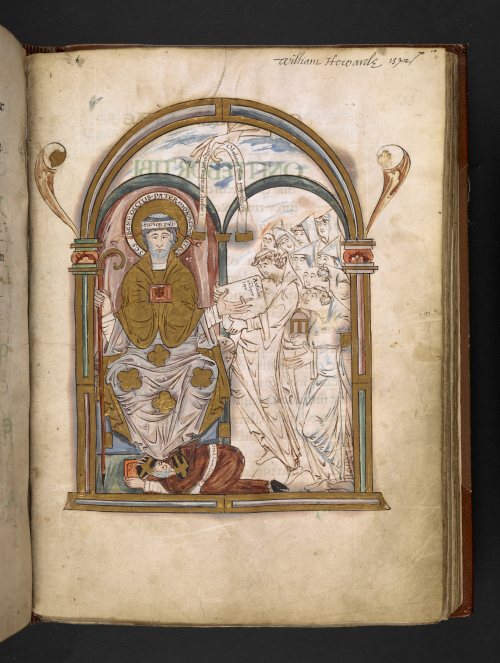 Our project explores five hundred years of intellectual activity and manuscript production in both France and England. As we move rapidly towards the grand finale in November, here’s a brief recap of what is still to come. In November we launch:

A new joint project viewer to all 800 manuscripts: The project manuscripts will be presented in a new Mirador based viewer being developed by the BnF. The images will be presented in an internationally agreed standard format known as IIIF (International Image Interoperability Framework-format). This means that it will be easier to view and share images from different collections. In the new viewer, you will be able to view multiple manuscripts from either library side by side and therefore virtually unite manuscripts from the collections of the two libraries. You will also be able to download an individual image or a pdf of an entire manuscript.

A new interpretative website, Medieval England and France, 700-1200: We are also developing a new website, hosted by the British Library, which will feature articles and short films about the manuscripts. These will focus on a wide range of themes, such as history, medicine, music and art. We’ll include interviews with leading experts and several short clips on the various stages of illumination, commissioned from a modern artist and calligrapher. This website will be a virtual exhibition area to explore a selection of our collections, and everything will be presented in both English and French.

Medieval Illumination: Manuscript Art from England and France 700-1200: In addition, we are preparing a book that will present some of the most impressive illuminated manuscripts in the project, illustrated with over 70 full-page colour illustrations. In Medieval Illumination we will alternate between manuscripts made in England and in France in order to present the similarities and differences between the art produced in each country. This book too will be translated and published in French. Both versions will be available by the opening of the Library’s Anglo-Saxon Kingdoms exhibition on 19 October (see below), as a number of project manuscripts will be featured in both the book and the exhibition. 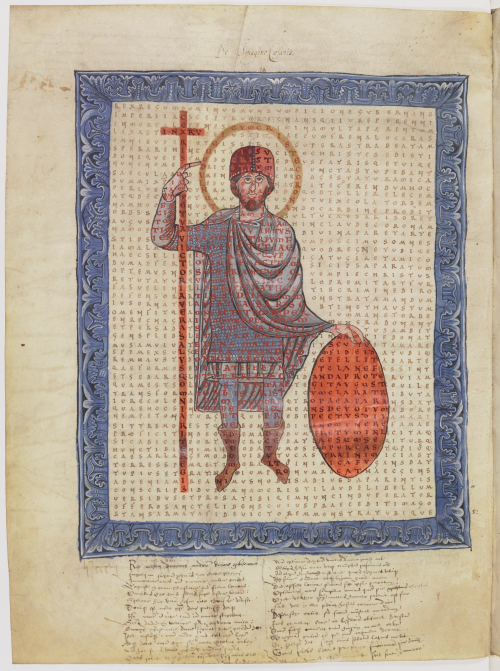 International Medieval Congress 2018, 2–5 July, Leeds: We will be presenting a live update of the project at the Leeds IMC 2018. On Tuesday, 3 July, members of the project teams from both libraries (Laura Albiero, Cristian Ispir and Francesco Siri) will present new research on selected project manuscripts (session 638 at 11:15am). In the evening round table session (with Tuija Ainonen, Alison Ray and Francesco Siri) we will discuss the project itself, the work we do and the different resources we are in the process of creating. This will also be a great opportunity to ask questions or offer comments on this historical collaborative venture (session 938 at 7pm).

Anglo-Saxon Kingdoms: Our readers will also have an opportunity to view some of the original manuscripts in person as a number of them will feature in the upcoming Anglo-Saxon Kingdoms exhibition. The exhibition will be open from 19 October 2018 to 19 February 2019 in the PACCAR gallery at the British Library.

France et Angleterre: manuscrits médiévaux entre 700 et 1200 conference: We’ll also be holding a three-day conference in Paris to celebrate the project launch, and to present more new research on manuscripts included in the project. Mark your calendars for 21–23 November 2018 in Paris at the Auditorium Colbert (2 Rue Vivienne, 75002 Paris). 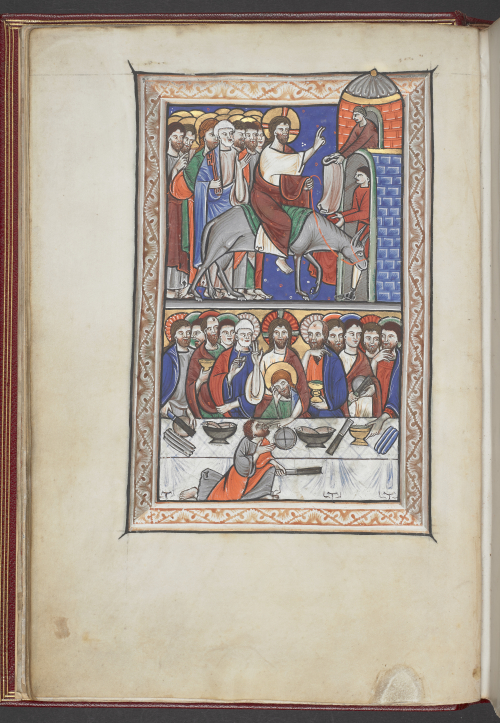 The entry into Jerusalem and the Last Supper: Arundel MS 157, f. 8v

Manuscripts in the Anglo-Saxon Kingdoms conference, London: To coincide with the British Library’s Anglo-Saxon Kingdoms exhibition, on 13–14 December 2018, the Library is holding a two-day international conference with papers by leading scholars in the fields of history, literature and art history. This will be followed by a one-day symposium for early career researchers on 15 December 2018. Several of the manuscripts digitised as part of the project will be featured in the conference and symposium papers. Delegates are invited to a reception and private view of the exhibition on 13 December.

Blogs: We will be continuing to blog about interesting manuscripts in the project on both the Medieval Manuscripts Blog, and on Manuscripta. For inspiring glimpses of individual manuscripts check out the Project on Twitter (using the hashtag #PolonskyPre1200).