Last week we announced that the manuscript collection of Sir Robert Cotton, held at the British Library, has been added to the UNESCO Memory of the World UK Register. To celebrate, we've decided to test our readers' knowledge of the Cotton library. Some of these questions are easier than others, we hope. There are no prizes up for grabs but please let us know how you get on via Twitter, @BLMedieval, using the hashtag #cottonquiz, or by the comments field below. Good luck!

The answers are now given below (no peeking!).

1. On which manuscript does Sir Robert Cotton rest his hands in this portrait?

2. From whom did Cotton reportedly acquire his two copies of the 1215 Magna Carta?

3. The diary of which English king is found in the Cotton library?

4. Which Roman emperor connects Sir Gawain and the Green Knight and the Lindisfarne Gospels? 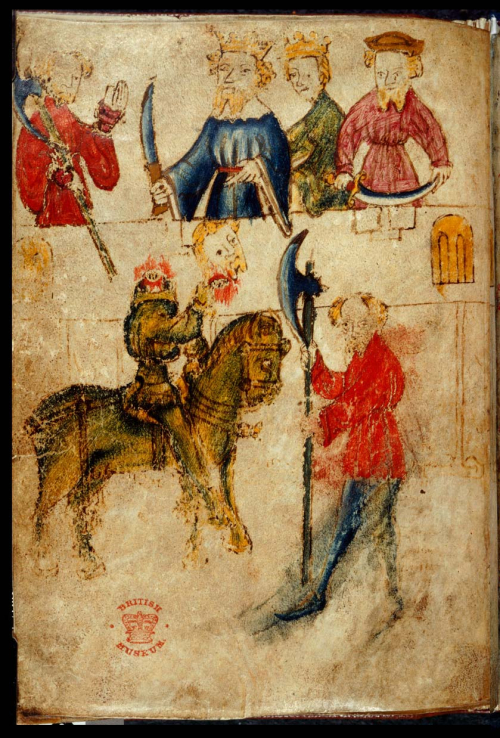 5. How old was Sir Robert Cotton when he acquired his first manuscript? (And for a bonus point, what was the manuscript in question?)

6. In 1602–03, Robert Cotton presented a dozen manuscripts to whom, one of the earliest donations for which other great collection?

7. The Reculver charter is written in what script?

8. Name the English monarch for whom this map was made. 9. How many volumes were destroyed in their entirety in the 1731 fire?

10. The plan for which famous battle was identified in a fire-damaged Cotton manuscript?

Here are the answers:

Sir Edward Dering (Cotton Charter XIII 31A, sent to Cotton in June 1630) and Humphrey Wyems of the Middle Temple (Cotton MS Augustus II 106, presented to him on New Year's Day 1629)

Sir Thomas Bodley, founder of the Bodleian Library in Oxford 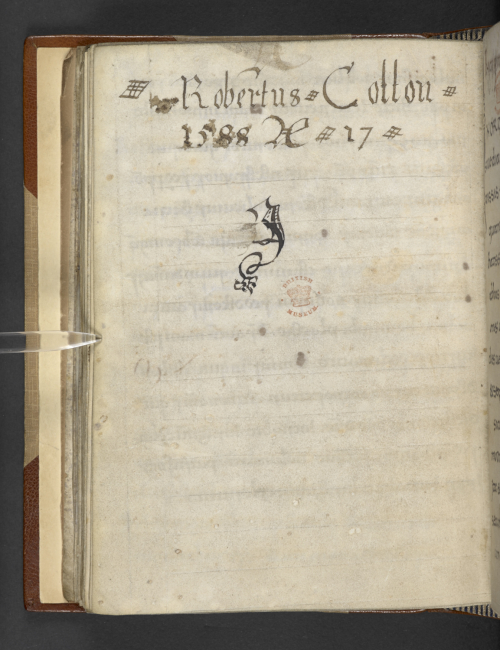