On 13–14 December 2018, the British Library will be hosting an international conference to coincide with the Anglo-Saxon Kingdoms exhibition which runs from 19 October 2018 to 19 February 2019. Registration for the conference is now open. 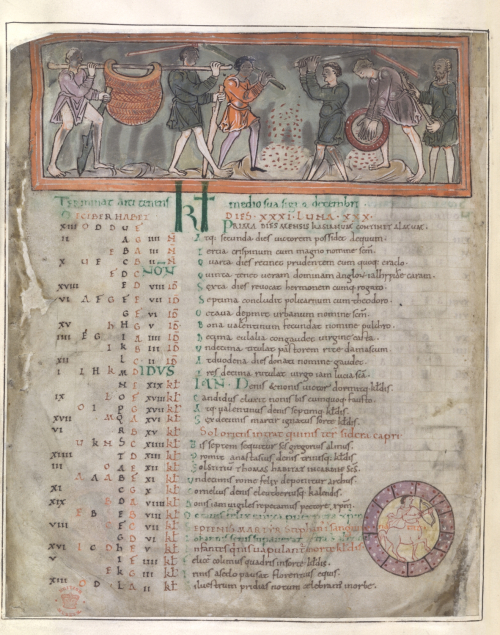 A calendar page for December, from a geographical and scientific collection made in England in the mid-11th century: Cotton MS Tiberius B V/1, f. 8v

The programme comprises twenty-two of the leading experts in the study of Anglo-Saxon manuscripts. They were invited on the basis of their long-established study of these manuscripts, their senior professional standing and the high calibre of their contributions to the field. The speakers were selected, with the advice of the exhibition’s advisory group, to ensure that the conference covers the full time-period, geographical range and themes reflected in the Anglo-Saxon Kingdoms exhibition.

The conference will open and close with keynote lectures by Professor Lawrence Nees of the University of Delaware on 'The European context of manuscript illumination in the Anglo-Saxon kingdoms, 600–900' and Professor Julia Crick of King’s College London on 'English scribal culture in an age of conquest, 900–1100'. 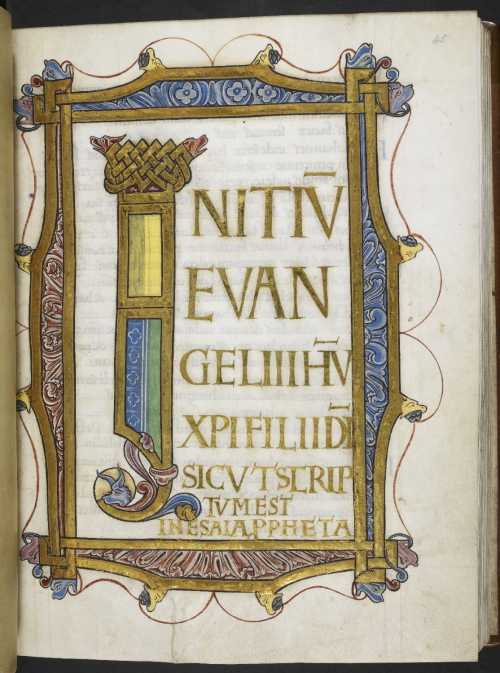 Opening page of the Gospel of St Mark featuring a border and an initial in gold and colours with animal head decorations, from the Bury Gospels, England (Canterbury?), c. 1020–1030: Harley MS 76, f. 45r

The conference will be followed on 15 December 2018 by a symposium in which early career researchers will discuss their new work on manuscripts from Anglo-Saxon England. The speakers were selected following an open call for papers held last year. 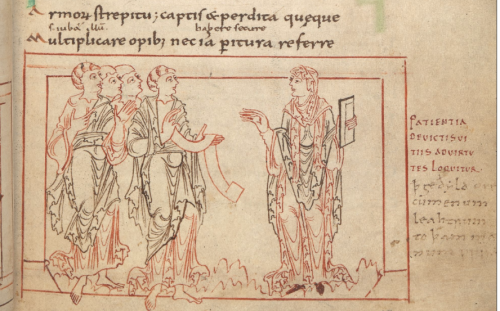 As the Old English poem Maxims I urges, ‘Gleawe men sceolon gieddum wrixlan’ (‘Wise people ought to exchange learned speeches’). We hope you will be able to join us in December.

Register for the International Conference only (13 and 14 December)

Register for the International Conference and Early Career Symposium (13, 14 and 15 December)

We are very grateful to the donors who are generously supporting the conference and symposium:

The Association for Manuscripts and Archives in Research Collections

Posted by Ancient, Medieval, and Early Modern Manuscripts at 2:28 PM