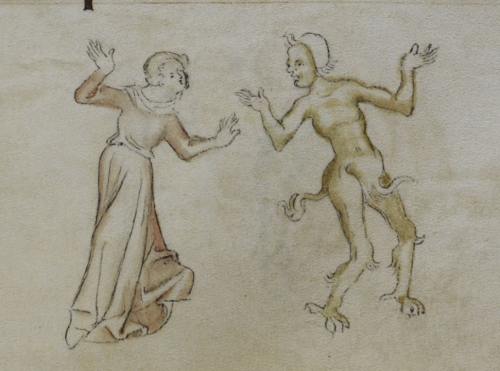 You might also see them at the conference disco, demonstrating some impressive dance choreography inspired by medieval manuscripts. If you’d like to try some medieval moves yourself, we’ve created this handy guide, divided into ‘easy’, ‘medium’ and ‘difficult’ techniques. Note: these tips also work for balls, weddings, school dances, and any other terpsichorean events you might be attending this summer.

Hold one hand in the air like a highland dancer, while kicking one foot in front of the other. Keep the other arm bent. To make it even easier, you can even keep your hand open. Put one hand on your hips and sway your whole body, including your head, while your other hand is up in the air: think distant ancestor of Beyoncé's 'Single Ladies' music video. This works best if you are wearing a long headdress that can move around as you dance. 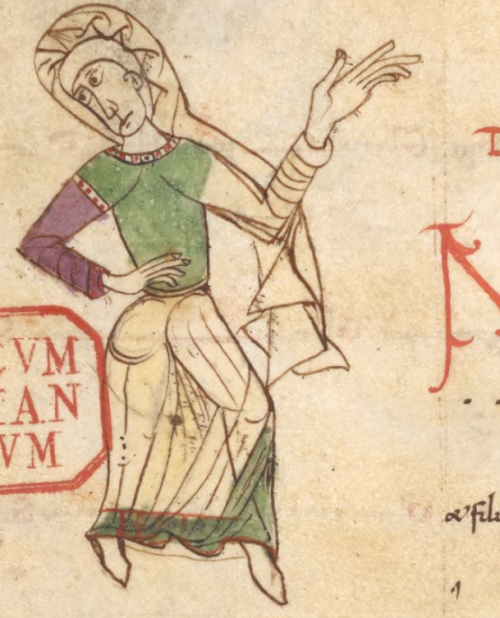 Detail of a dancing figure from a Gradual of Saint-Etienne of Toulouse, made in Toulouse in the late 11th or early 12th century: Harley MS 4951, f. 300v

Salomé’s ‘Dance of the Seven Veils’ is frequently represented in medieval iconography as a form of extreme limbo or a handstand. Remember, however: if you are wearing a long skirt, keep your knees bent! 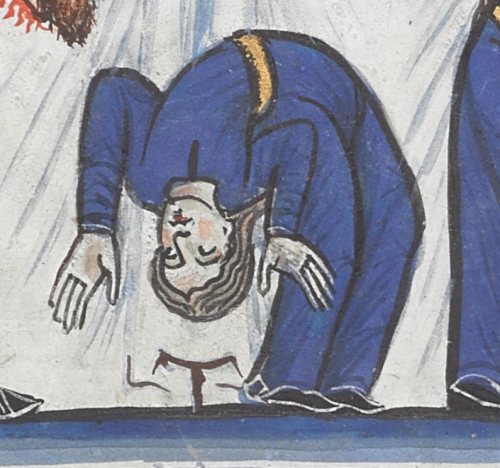 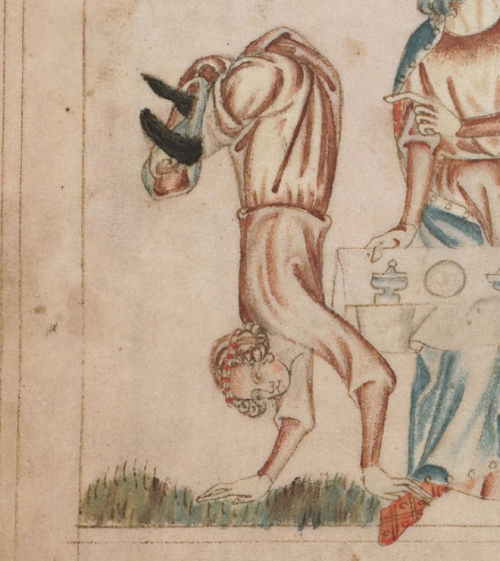 Whether you’ve got twinkle toes or two left feet, medieval manuscripts have some dance tips for you!