Reunion and Reunification: The Fourth Annual Meeting of Papyrus Curators and Conservators

It has become a summer tradition that curators and conservators of papyrus collections from across the UK meet every June to share their experiences of working with Ancient Egyptian and Greek papyri. After the first two meetings hosted by the British Museum, and the third one at Cambridge University Library, the fourth gathering was held here at the British Library. 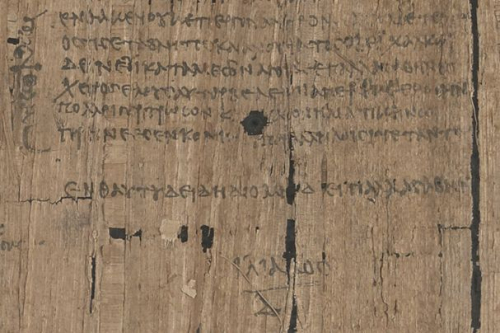 During its first three years the meeting expanded considerably. In addition to representatives from collections in the UK and Ireland, colleagues from Germany, France, Austria and even Australia attended this year's conference. This provided an excellent opportunity to discuss various aspects of collection management, cataloguing and conservation, sometimes with startling results. 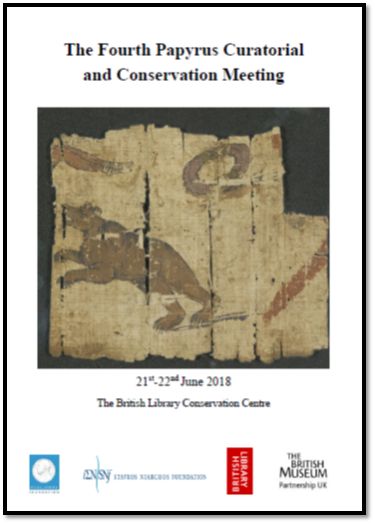 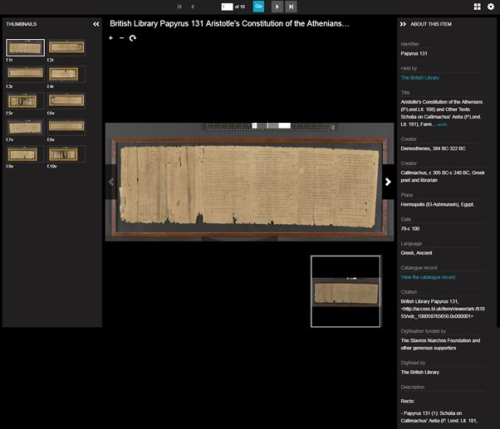 One of the most important lessons we continue to learn is the benefit of co-operation. A collaboration between the British Museum and the British Library to digitise and share the Museum's archival records will support the cataloguing of the 4,146 Greek ostraca held at the British Library. Co-operation with the Berlin-based Elephantine project, collecting and making an inventory of all written and artefact sources from the Egyptian town of Elephantine, has contributed to the discovery of 100 new ostraca from that site, and will result in the imaging and online publication of more than 250 Greek ostraca from the Library's collection. 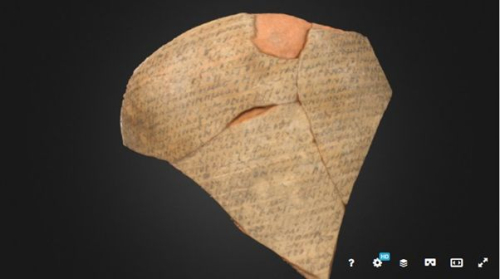 The most revelatory part of the gathering was when not only colleagues but also collection items met each other. A great example occurred when two parts of a long papyrus roll, one in Berlin and the other in London and both previously considered to be separate fragments, turned out to complement each other, providing us with a complete roll from the 4th century.

This recent discovery by a Greek scholar has now been physically tested. A printout of the Berlin fragment (P 5026), presented by colleagues from the Papyrussammlung, was attached to the British Library piece to reveal how neatly the two portions match. Lines broken at the end of the Library's roll continue on its Berlin counterpart. This creates a long scroll containing magical spells, evoking a gruesome headless demon to reveal secrets to the sorcerer. 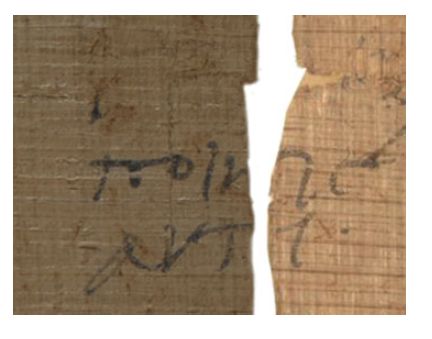 Marginal note in the lower right margin of the British Library’s Papyrus 47 running over to the left margin of Berlin Papyrussamlung P. 5026.

We may never discover how the roll became separated, but we hope that discussions and reunions like we saw this year will lead to further discoveries and reunifications. To be continued at the next meeting in the Chester Beatty Library in 2019 ...