Football is an ancient sport. It is not clear when or where it was first played, but we do know that football was banned twice in England during the 14th century. On 13 April 1314, King Edward II forbade 'hustling over large balls' (‘rageries de grosses pelotes’) at the behest of some disgruntled London merchants (who clearly didn't realise the sport's potential for selling flags, alcohol and other merchandise). Then, in 1349, Edward III ordered that archery practice should supersede the playing of football ("Arrows coming home," anyone?). Later that century, the controversial churchman John Wyclif (d. 1384) cited in one of his sermons, suggesting it was a common sight: ‘Christian people have been kicked around, now by popes, now by bishops … as they would kick a football’ (‘Cristene men ben chullid, now wiþ popis, and now wiþ bishopis … as who shulde chulle a foot-balle’).

Medieval imagery continues to permeate ‘the beautiful game'. For example, the kit worn by the England team uses medieval symbolism, which is the subject of this blogpost. 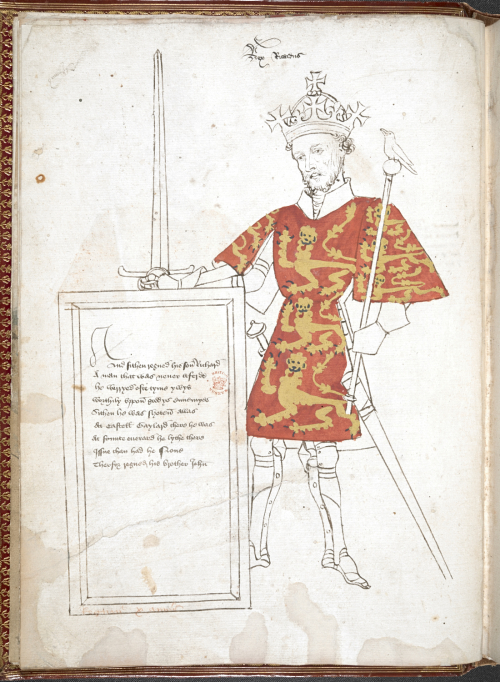 The nickname of the England football team is the ‘Three Lions’. This refers to the team’s crest, which is in turn based on the royal arms of England. Originally, the kings’ coats of arms had a variable number of lions, usually one or two, in different poses. After Henry II married Eleanor of Acquitaine — whose coat of arms also involved a lion — three lions appeared on some English royal symbols. The three lions are particularly associated with Henry’s and Eleanor’s son, Richard the Lionheart. His Great Seal is the first seal of an English monarch in which the coat of arms, including the three lions, can clearly be seen. 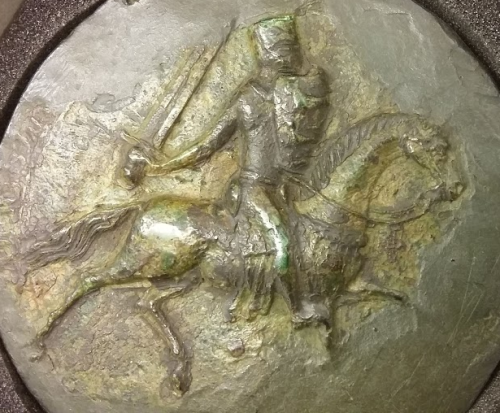 Richard the Lionheart’s association with the three lions was remembered decades after his death. When Matthew Paris abbreviated his accounts of the reigns of the English kings in the middle of the 13th century, he depicted Richard holding a shield with a three lions as his defining feature. 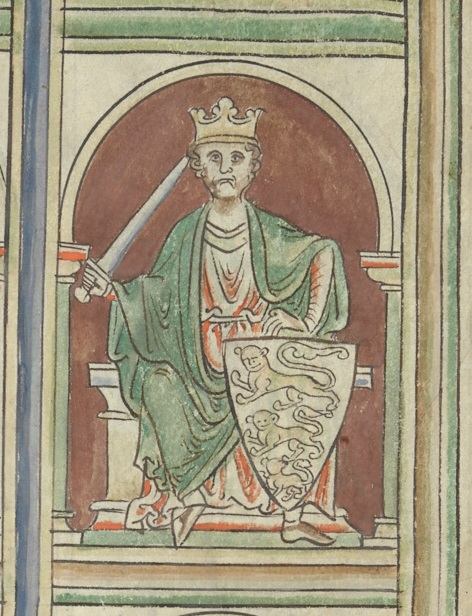 Today, the three lions are joined by another royal heraldic symbol: ten Tudor roses, symbolising the different divisions of the English Football Association. These roses are red and white, combining symbols of the two opposing sides from the Wars of the Roses. 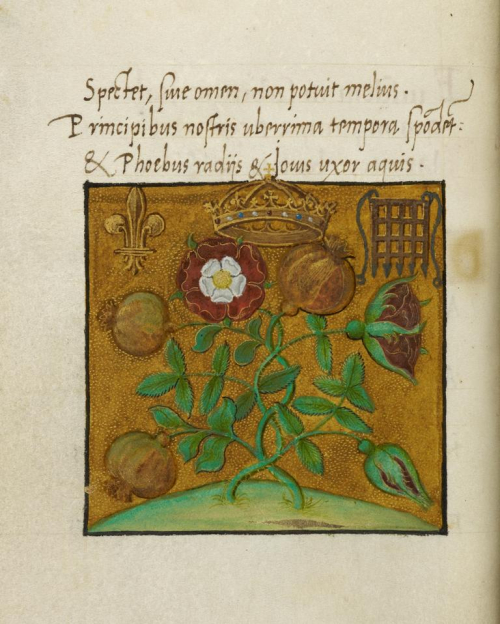 Nor is England the only team in the World Cup with medieval or even older iconography emblazoned on their kits. The Japan side’s symbol is the three-legged crow Yatagarasu. The three-legged bird is a figure in many East Asian mythologies, stretching back perhaps thousands of years BCE. When Sweden play England on Saturday, their players will be wearing blue and yellow: these colours have been associated with Sweden perhaps since the late 13th century, when King Magnus III used them on his coat of arms.

Now, if only we could persuade the England football team to actually play like lions ...

Heraldically they are leopards, not lions

In 1314 Nicholas de Farndone, the Mayor of teh City of London, acting on behalf of King Edward II, banned football.

"And whereas there is great uproar in the City, through certain tumults arising from the striking of great footballs in the fields of the public, from which many evils perchance may arise, which may God forbid, we do command and do forbid, on the King’s behalf, upon pain of imprisonment, that such game be practised from henceforth within the City…"

This proclamation is recorded in Norman French in the Liber Memorandorum (LMA reference COL/CS/01/003 folio 66) currently on display in the City of London's Heritage Gallery until 5 September 2018 see https://www.cityoflondon.gov.uk/things-to-do/visit-the-city/attractions/guildhall-galleries/Pages/Heritage-Gallery.aspx