A calendar page for August 2018

It’s August and time for the harvest. Don’t know what to do? Never fear! This 1000-year-old calendar provides step-by-step instructions for cutting and collecting grain in the form of an illustration at the bottom of the page for August. This calendar is one of only two surviving calendars from pre-Norman England to be illustrated with agricultural scenes. To learn more about it, please see our earlier blogpost. 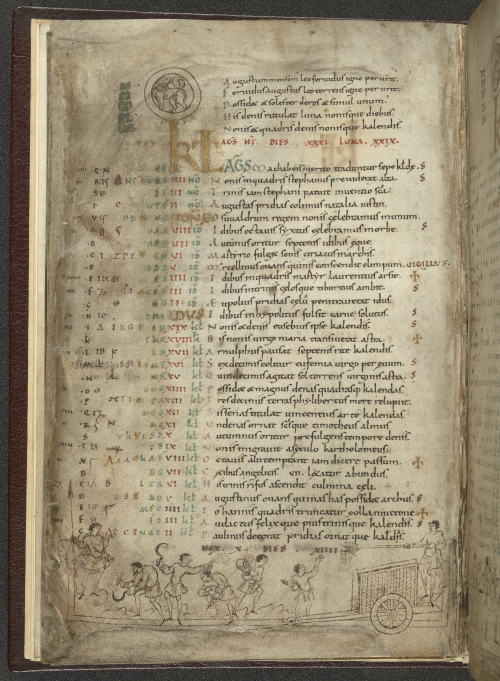 Page for August, from a calendar made in southern England in the 1st half of the 11th century: Cotton MS Julius A VI, f. 6v

Step 1: Cut the stalks with your sickle. We recommend an iron sickle, available in any good medieval emporium. 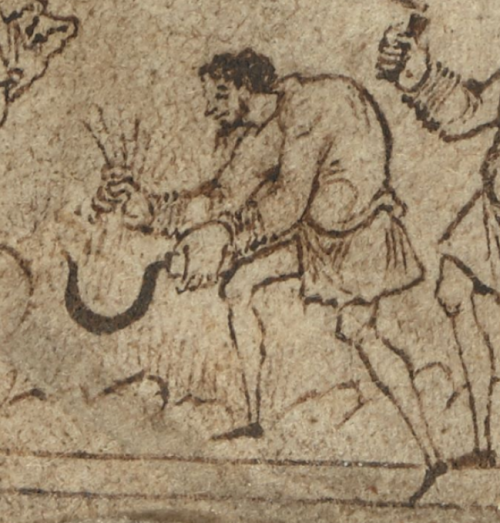 Step 2: Pass the loose stalks to a friend who has rope to tie them together. Step 3: Carry the stalks to a nearby cart.

Step 4: Toss the stalks to the man with a pitchfork next to the cart.

Step 5: The man with the pitchfork will collect the harvest in the cart. 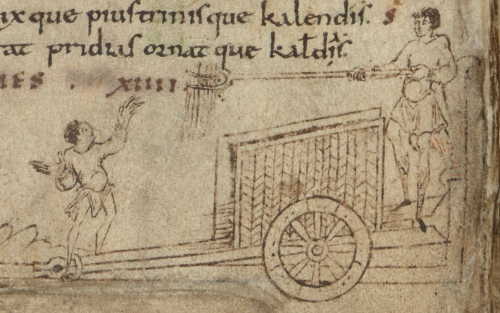 In this image, the harvesting is being overseen by a figure with a spear and a dramatically billowing cape who blows a horn. The horn was written over by some of the Greek letters used in calendrical calculations that are listed in columns in this calendar. 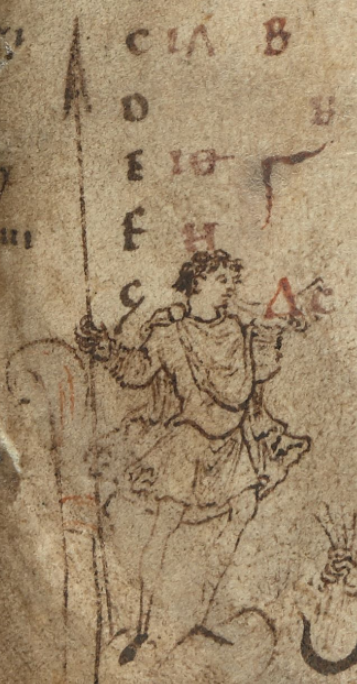 The original users of this calendar would have appreciated this image for more than its literal depiction of the harvest. This calendar was probably made for a monastic community, and many of the agricultural tasks coincided with metaphors used in the Bible. There were many Biblical stories about harvesting grain with sickles, particularly in the Old Testament and the Book of Revelation. The first users of this calendar may have seen a deeper meaning in this illustration, as well as a reflection of daily life.

The month of August was not all work and no fun. The users of this calendar marked out four feast days with gold crosses. These were probably not the only feast days celebrated in August, as the verses next to each day in the calendar were composed at least a century before this calendar was made, and new feasts had been popularised by the time the calendar was being made in the 11th century. On 10 August, a gold cross singles out the day 'St Laurence caught fire'. Laurence was said to have been roasted on a gridiron by his tormentors. 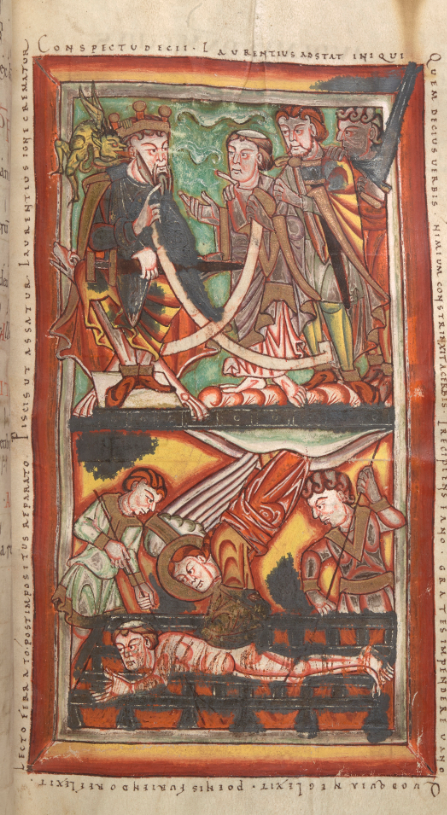 The Assumption of the Virgin, when Mary was taken into Heaven, was commemorated on 15 August and marked in gold. 25 August is also marked out, but this may be a mistake for 24 August, the feast of St Bartholomew. St Bartholomew's feast is marked in other 11th-century English calendars, including the Tiberius Work Calendar (Cotton MS Tiberius B V/1), which includes the same poem as and similar illustrations to the Julius Work Calendar. St Bartholomew was martyred by being flayed, but the calendar says merely 'on 24 August, Bartholomew migrated to eternity'. The last feast singled out on this page was the beheading of St John the Baptist, commemorated on 29 August. The text notes that John's head was cut off 'with a sharp sword'.

The whole calendar has been digitised thanks to the The Polonsky Foundation England and France Project. Happy harvesting!