Silos manuscripts in our Treasures Gallery

Take a summer holiday to 11th/12th century Spain with our two manuscripts from the abbey of Silos. You can stop by the British Library to see these manuscripts in person in the Sir John Ritblat Treasures Gallery, or you can follow the links below to admire them online. 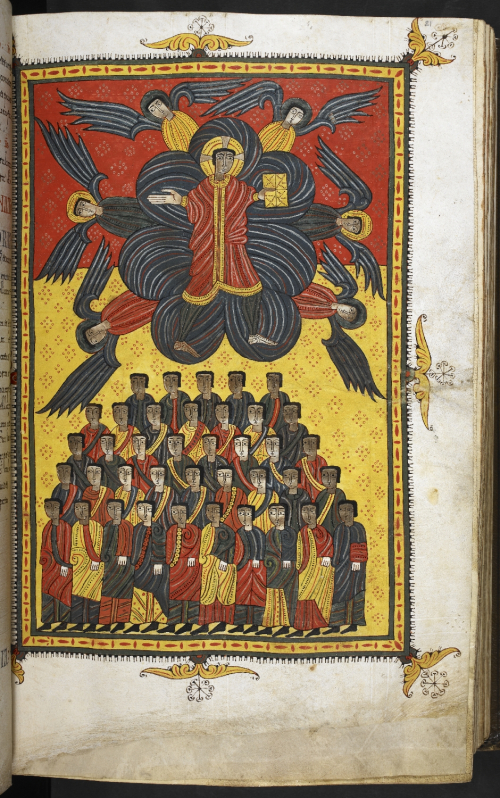 In 1041 the Abbey of San Sebastián de Silos in northern Spain, near Burgos, gained a charismatic new abbot. St Domingo of Silos, as he would later become, transformed the abbey into one of Spain’s principal centres for learning and monastic reform. Among his achievements was the establishment of a library and scriptorium at the abbey. In the decades following his death, on 20 December 1073, the newly renamed Abbey of Santo Domingo produced an impressive number of manuscripts, many of which still survive. 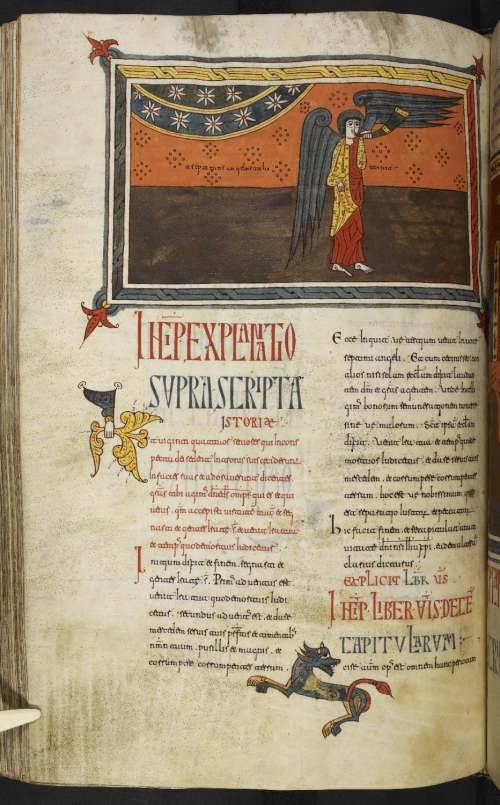 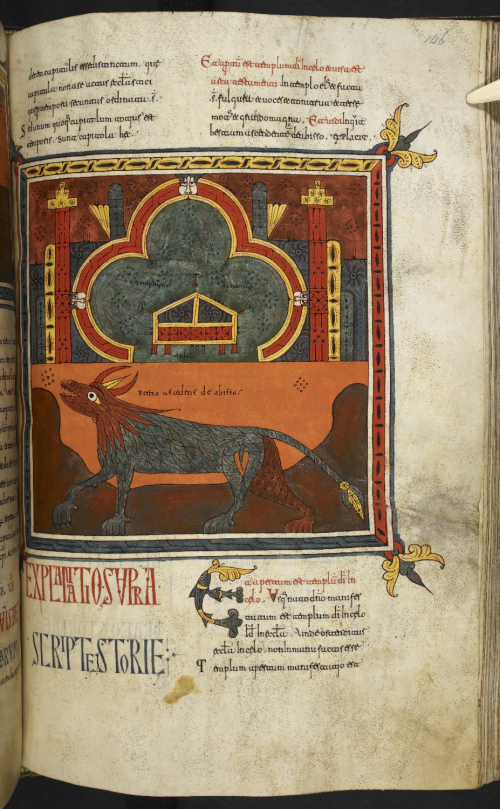 The most spectacular of these books is undoubtedly the Silos Apocalypse (Add MS 11695). With its vivid colours and striking designs, this manuscript belongs to a distinctive Spanish tradition of illuminated copies of Beatus of Liébana’s commentary on the Book of Revelation — the final book of the Christian Bible, foretelling the end of the world.

In this opening currently on display in our Treasures Gallery, the seventh angel sounds a trumpet on the left-hand page, which causes the Temple of God in heaven to open on the right-hand page, revealing the Ark of the Covenant inside (interpreted by Beatus as a symbol of Christ). Meanwhile, the beast (interpreted as the Antichrist) has risen from the abyss to persecute the saints. The interaction of the images across the two pages, along with the incorporation of marginal images and the use of different scripts and inks to articulate the text, demonstrates the manuscript’s sophisticated graphic design. 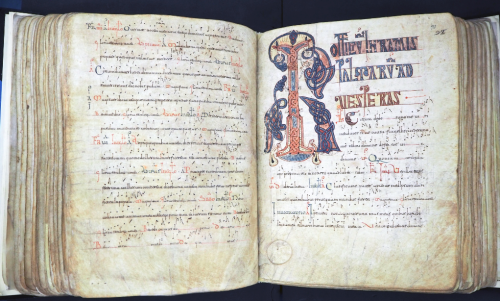 Alongside the Silos Apocalypse you can see another manuscript made at the Abbey of Santo Domingo de Silos in the 11th/12th century (Add MS 30850). This manuscript is an Antiphonary, containing the music that was sung as part of the daily devotions at the Abbey. The page displayed includes the song for the evening office on Palm Sunday, with a Spanish form of musical notation written above the words.

The manuscript’s decorated initial letters share some of the bold linear style and vibrant colour palette of the Apocalypse manuscript beside it. Here, the opening monogram ‘VPR’ for Vespertinum (the chant for the evening office) is so highly abstracted that the letter forms are barely decipherable. It functions more as a finding aid and decoration for the text than as a word to be read. 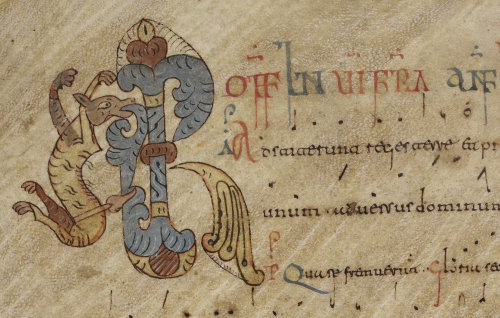 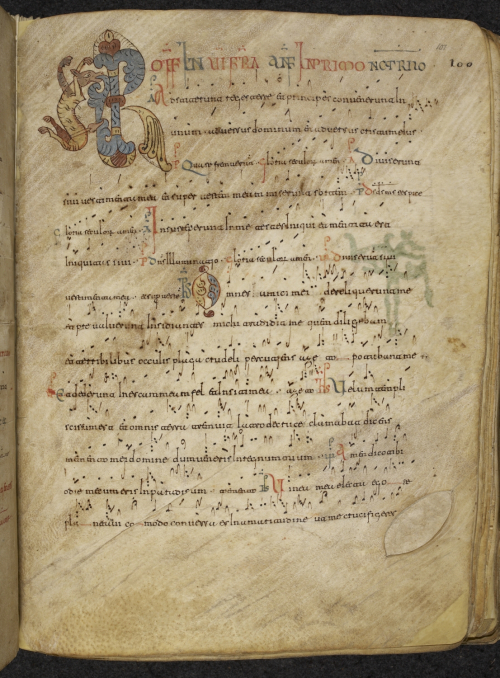 To find out more about the Silos Apocalypse, we'd highly recommend our blogpost It's the end of the world as we know it, and Scot McKendrick & Kathleen Doyle, Bible Manuscripts: 1400 Years of Scribes and Scripture (London: The British Library, 2007), pp. 72–73.