It is always exciting to announce acquisitions of new manuscripts by the British Library, but in this case the relevance is doubled: the title of the newly-acquired piece is itself “Breaking News”.

At a recent auction, the British Library was successful in acquiring an 18th-century Greek manuscript. Written in a neat hand on paper, this thin volume bears its title on the first page: “Breaking news from Europe – October 1740”.

This manuscript is a collection of political reports from various parts of Europe, submitted possibly to the patriarch of Constantinople, Paisius II, perhaps by his agents and spies. The main focus is reports on Russia and the Hapsburg Empire, but the volume contains material from many parts of the world, including Germany, London and India.

Having been under Ottoman Rule for almost 300 years, the patriarchal court in 18th-century Constantinople was very keen to secure foreign support for its endeavours against the Ottoman Empire. Its main attention was directed towards Russia, from where they hoped to gain financial and military support to liberate Constantinople from the Ottomans, by relying on their shared orthodox faith.

It is no wonder that the “breaking news” collected in this little volume includes detailed reports from St Petersburg. The Russian political situation at this time was rather complicated. The ruler, the Tsaritsa Anna, had died in 1740, leaving a two-month-old baby, Ivan VI, as her legitimate heir. Ivan was enthroned in October of the same year as this manuscript was made.

“Copy of the report of the Longobard Imperial Surgeon" on the Death of Empress Anna of Russia: Add MS 89320, f. 16v

The patriarch of Constantinople was obviously interested in these events. “Breaking News” contains a fresh Greek translation of the medical report on the Empress’s death and a copy of the new Emperor’s manifest, followed by a short evaluation of the current political situation of the Empire. 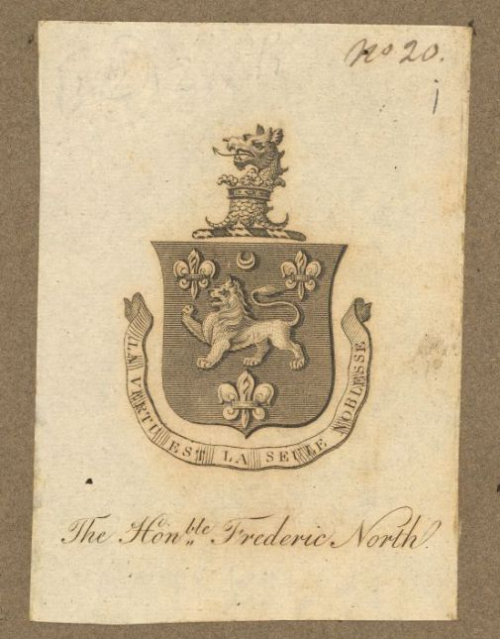 Reports by spies are always fun to read. Doubtless Patriarch Paisius II of Constantinople himself enjoyed flipping through this booklet in 1740, but so did others. Early in the 19th century, the manuscript was already in the collection of one of the most famous English collectors of Greek books and manuscripts, Frederick North, later Earl of Guilford.

Sir Frederick was an obsessed philihellenic: he read, collected and lived the Hellenic culture. He was the founder of the Ionian Academy in 1817 and later converted to Greek orthodoxy. His main interest was not only in ancient and Byzantine culture but even more in contemporary Greek literature, politics and religion. He collected an extraordinary amount of primary sources in Greek and Turkish alike for the history of the Greek Orthodox Church under the Ottomans, of which this manuscript was a part. “Breaking News” is already listed in the hand-written catalogue of his Greek manuscripts. 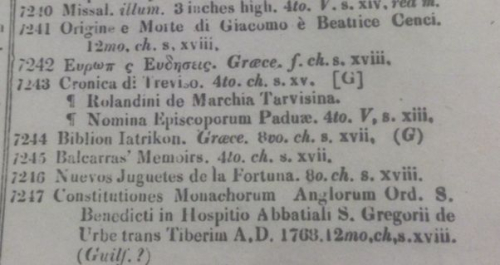 His collection was so large that, after his death in 1827 it was sold at a series of auctions held in London. More than 600 of these manuscripts were purchased by the British Museum in 1830, one of its largest early purchases. “Breaking News”, however, was not amongst them, since it had been acquired by another even grander collector of manuscripts, Sir Thomas Phillipps, as MS 7242 in his collection.

After the dispersal of the Phillipps manuscripts through a century of various sales, “Breaking News” has finally found its way back to its original collection. It is now part of the largest single holding of Lord Guilford’s Greek manuscripts. Acquisitioned, catalogued, digitised and published online as Add MS 89320, the “Breaking News” from 1740 has made it into the news again.

WONDERFUL
:
is there any complete translation into English available?