Memory of the World award ceremony

On 19 September, at an official award ceremony in London, the Cotton collection of manuscripts held at the British Library was formally admitted on to the UNESCO UK Memory of the World register. We are thrilled that the Cotton library has received this recognition, alongside treasures from the Commonwealth War Graves Commission, the British Antarctic Survey and other institutions. 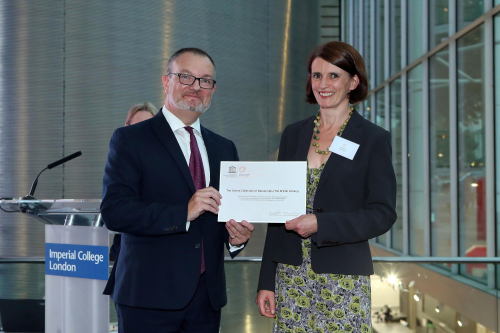 The Memory of the World programme serves to preserve significant documentary heritage from across the globe for future generations. The UK Register recognises documentary heritage deemed by a panel of experts on behalf of the Department for Digital, Culture, Media and Sport to be of outstanding significance to the United Kingdom. As we reported earlier this year, the British Library nominated Sir Robert Cotton's collection of manuscripts for such recognition, on account of its importance as the first library to pass into national ownership in 1702. The Cotton library contains many manuscripts and charters of global and national significance, including two of the original copies of Magna Carta issued by King John in 1215, the Lindisfarne Gospels, and the state papers of several British monarchs. 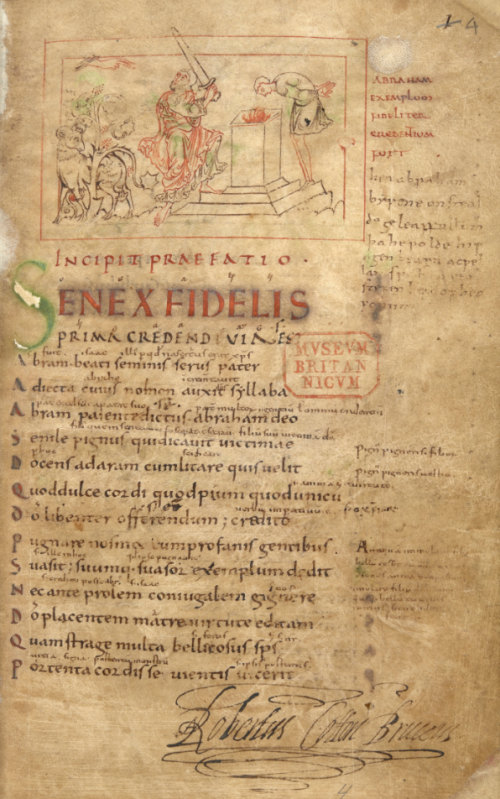 The Cotton collection contains the largest surviving number of manuscripts written or owned in Anglo-Saxon England. They include volumes such as the oldest English cartulary (Cotton MS Tiberius A XIII), made in 11th-century Worcester; the Coronation Gospels, presented to King Æthelstan in the 10th century and taken by Sir Robert Cotton (1571–1631) to the coronation ceremony of Charles I in 1625 (Cotton MS Tiberius A II); and a beautifully illustrated copy of the Psychomachia (Cotton MS Cleopatra C VIII). 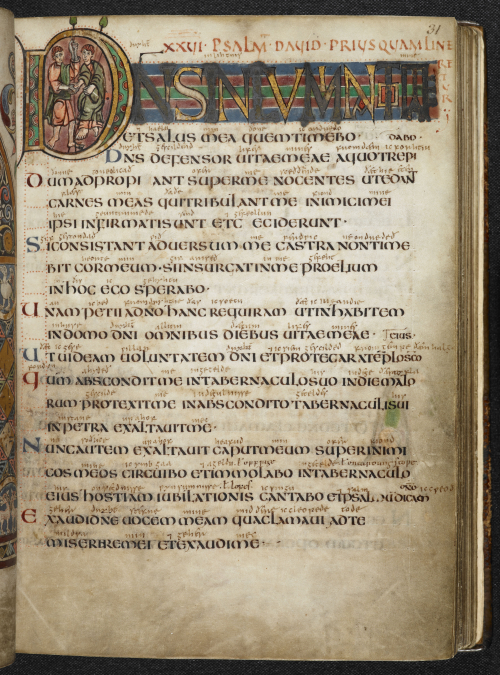 Another Anglo-Saxon manuscript owned by Sir Robert Cotton is the Vespasian Psalter: Cotton MS Vespasian A I, f. 31r

At any given time, several of the Cotton manuscripts can usually be found on display in the Treasures Gallery at the British Library. Many of the Anglo-Saxon volumes in Sir Robert Cotton's collection will be displayed in the Library's forthcoming major exhibition, Anglo-Saxon Kingdoms: Art, Word, War, which opens on 19 October. 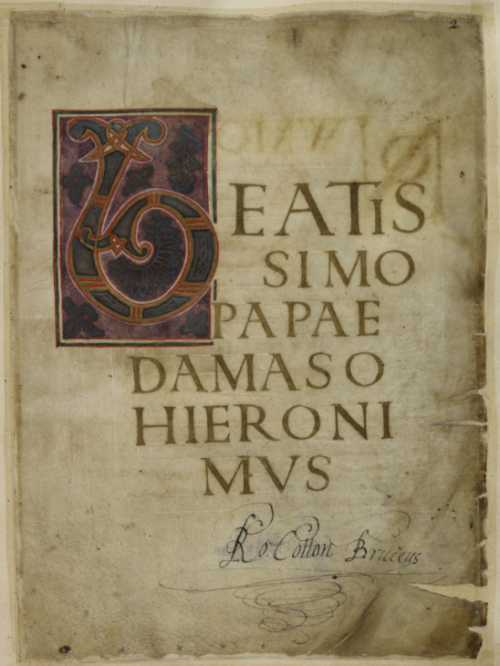