The Book of Durrow to be displayed at the British Library

It is now less than one month until the Anglo-Saxon Kingdoms exhibition opens at the British Library on 19 October. Today, we are delighted to announce that the Book of Durrow will be on display in the exhibition, on loan from the Library of Trinity College Dublin. This manuscript, dated to the late 7th or turn of the 8th century, is believed to be the earliest fully decorated gospel-book to survive from Ireland or Britain. 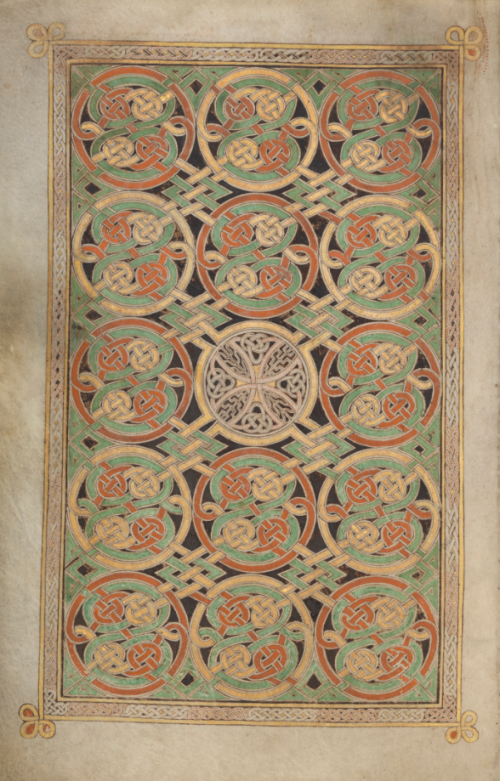 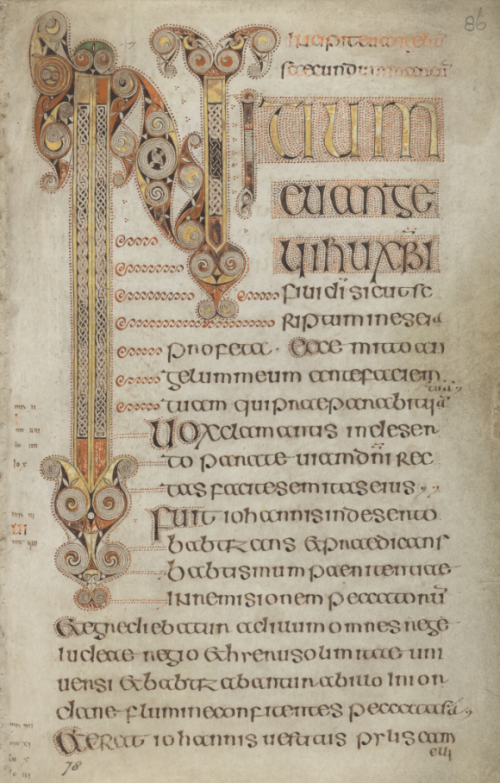 The carpet page and opening of the Gospel of Mark, in the Book of Durrow (Trinity College Library, Dublin, MS 57, ff. 85v–86r). © The Board of Trinity College, Dublin.

The date and origin of the manuscript have long been debated. Strong parallels with early Anglo-Saxon metalwork, including objects from the Sutton Hoo ship burial, encouraged former attributions to Northumbria. A sword pommel from the Staffordshire Hoard, discovered in 2009, also closely resembles some aspects of the decoration in the Book of Durrow and will be on display in the exhibition. However these similarities seem to reflect the dispersal and durability of Anglo-Saxon metalwork, and the strong cultural and artistic connections between Ireland and the Anglo-Saxon kingdoms. The Book of Durrow is now generally considered to have been produced in the monastery of Durrow, Co. Offaly, or to have arrived there from Iona.

Our forthcoming exhibition will be the first opportunity to see the Book of Durrow in Britain since it was displayed at the Royal Academy in the ‘Treasures of Trinity College Dublin’ exhibition in 1961. The only loan to that exhibition was the Lindisfarne Gospels. Anglo-Saxon Kingdoms will be the first occasion on which the two manuscripts have been exhibited together for nearly 60 years. As we announced in November last year, the exhibition will also include Codex Amiatinus, which was made in Northumbria in the early 8th century and is returning to Britain for the first time since it was taken to Italy in 716. The opening of the Gospel of Matthew, in the Lindisfarne Gospels (British Library Cotton MS Nero D IV, f. 27r).

The Book of Durrow contains the text of the four Gospels, adorned with spectacular decoration. Its artists drew inspiration from Ireland, the Anglo-Saxon kingdoms, Pictland and as far away as the Mediterranean. Its designs are outstanding for their precise geometry, harmonious compositions and bold style of drawing. One of the most striking features of the manuscript is its ‘carpet pages’, so-called because they are completely covered with complex geometric designs. Putting abstract ornament centre stage was new to manuscript illumination, and went on to play an important role in Anglo-Saxon gospel-books such as the Lindisfarne Gospels. 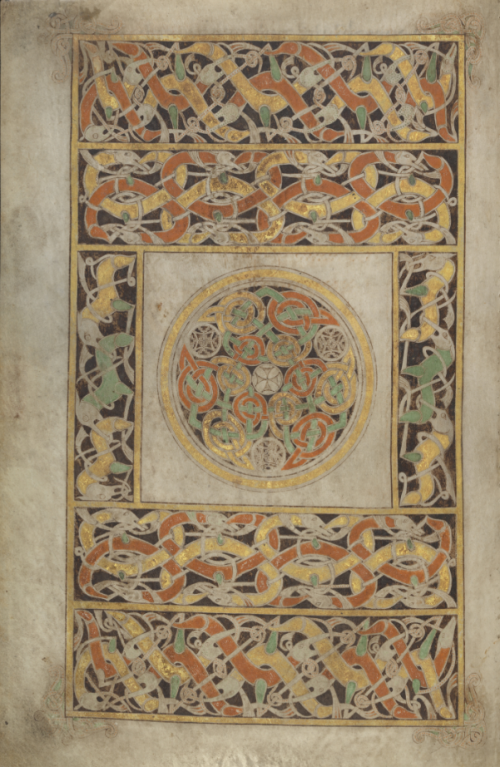 The carpet page preceding the Gospel of John, in the Book of Durrow (Trinity College Library, Dublin, MS 57, f. 192v). © The Board of Trinity College, Dublin.

Other important elements of the manuscript’s artwork are the images of the evangelist symbols, the creatures that symbolise the gospel-writers, Matthew, Mark, Luke and John. Early Christian writers assigned the evangelists the symbols of the man, the lion, the ox/calf and the eagle based on the visions of Ezekiel and John the Evangelist in the Bible. The Book of Durrow is the first surviving manuscript in which each Gospel opens with a picture of the evangelist symbol instead of a portrait of the human evangelist. It is also the first surviving instance of a ‘four-symbols page’ in a manuscript, an image of all four evangelist symbols arranged in a cross shape. The linear style and flat blocks of colour suggest that the creatures were inspired by metalwork objects. 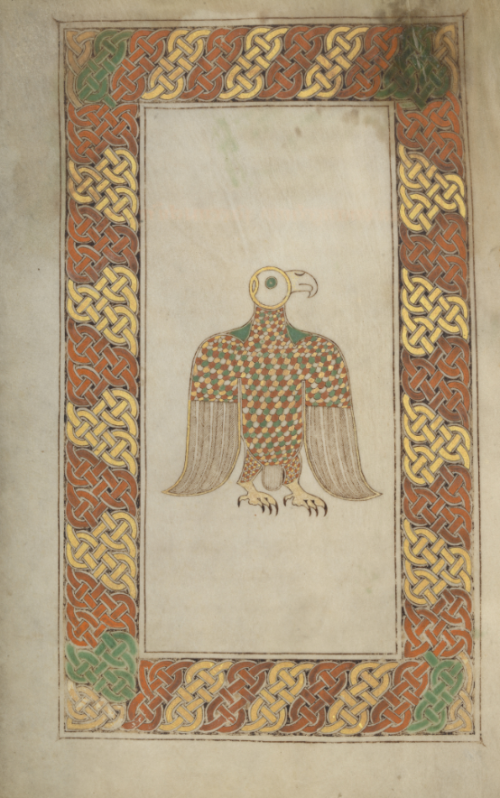 The eagle, acting as the Evangelist symbol of St Mark, in the Book of Durrow (Trinity College Library, Dublin, MS 57, f. 84v). © The Board of Trinity College, Dublin.

The Book of Durrow is one of the most spectacular surviving works of early medieval art and we are very grateful to Trinity College Dublin for loaning this manuscript to the exhibition. The Anglo-Saxon Kingdoms exhibition runs from 19 October 2018 to 19 February 2019.

NB the Eagle is the symbol of St John, not St Mark!
Mark has a Lion.

Although the eagle normally represents St John, there is a different sequence of pages in the Book of Durrow. According to Bernard Meehan, The Book of Durrow: A medieval masterpiece at Trinity College Dublin (Dublin: Town House, 1996), pp. 35, 87, the eagle acts here as the symbol of St Mark. Ancient, Medieval & Early Modern Manuscripts, The British Library