Harry Potter: A History of Magic at the New York Historical Society

Many of you will remember the British Library’s blockbuster exhibition, Harry Potter: A History of Magic, which explored the history, mythology and folklore behind the Harry Potter stories. Our North American readers may be excited to know that, like the self-renewing phoenix on the poster, the exhibition has been born again in New York. The new exhibition is now open at the New-York Historical Society, featuring rare books and manuscripts on loan from the British Library.

Here’s a selection of magical manuscripts that you can see in the show. All of these should be on the reading list of any aspiring student of witchcraft and wizardry. 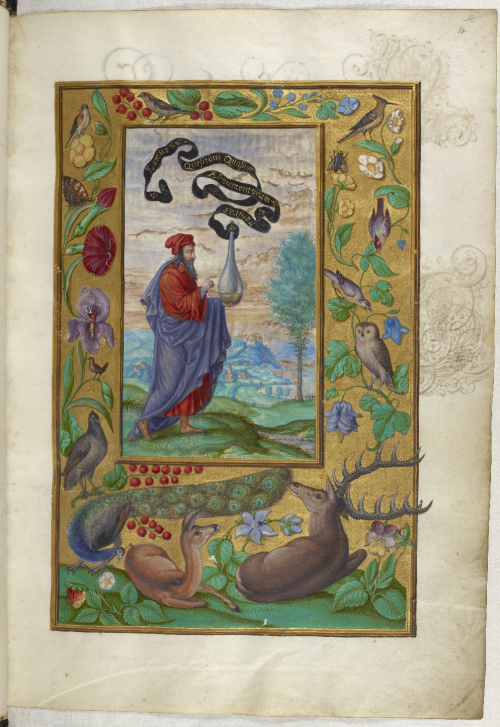 Harry Potter fans will know that the plot of the first book in the series, Harry Potter and the Sorcerer's Stone, centres on the use of alchemy. This beautifully illustrated manuscript, known as Splendor Solis (Splendour of the Sun), was made in Germany in 1582. This image shows an alchemist holding a flask filled with a golden liquid. A scroll fluttering from the flask bears the mystical inscription, ‘Eamus quesitum quatuor elementorum naturas’ (Let us ask the four elements of nature), which reflects the Classical idea that all earthly substances are made up of four elements: earth, air, fire and water. Alchemists attempted to imitate the creative processes of nature to transform matter and even to restore life. 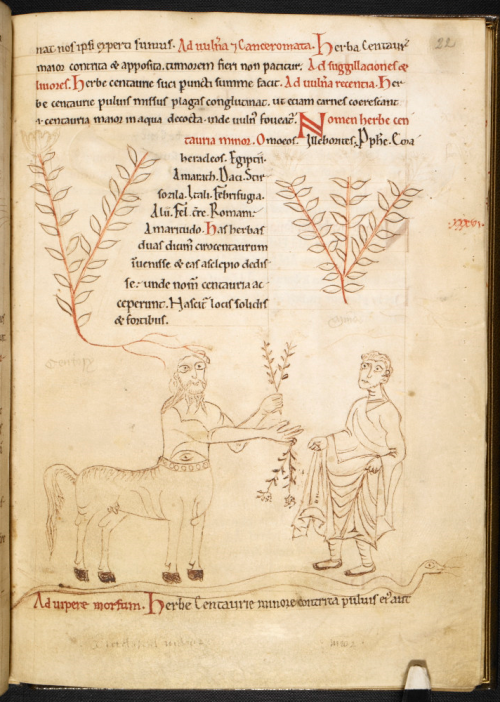 Students at Hogwarts School take classes in Herbology to learn about which plants are most useful for potions and medicine. The manuscript shown above is a 12th-century herbal, describing different kinds of plants and their medicinal properties. This page describes the plant centauria minor, the lesser centaury, named after the wise centaur Chiron from Greek mythology. In the picture, Chiron hands some centaury plants to his pupil and foster son Asclepius, the Greek god of medicine. The inscription below the snake explains that, ground to a powder or mixed in wine, centaury is a potent remedy against snake bites. 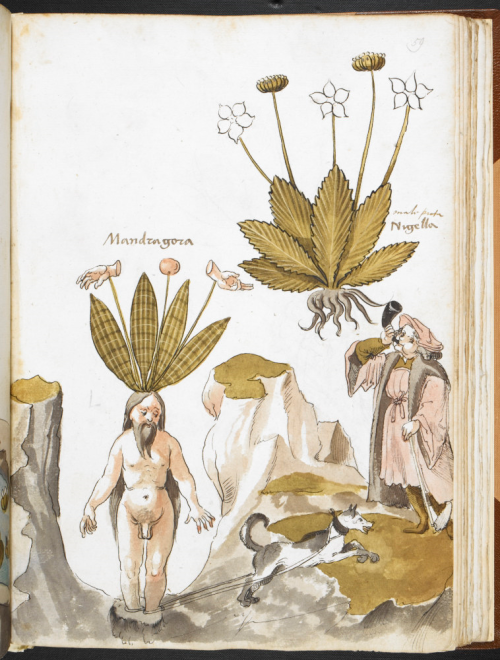 One of the most notorious plants listed in medieval herbals was the mandrake. The plant’s roots often resemble miniature humans, which were said to shriek when they were pulled out of the ground. According to ancient and medieval folklore, mandrakes could cure headaches, earaches, gout and insanity, but anyone who heard the mandrake’s scream would die. To harvest the mandrake without succumbing to its fatal shrieking, some herbals recommended a handy trick, as illustrated in this herbal made in the late 15th or early 16th century. You can read more about this process in our blogpost How to harvest a mandrake. 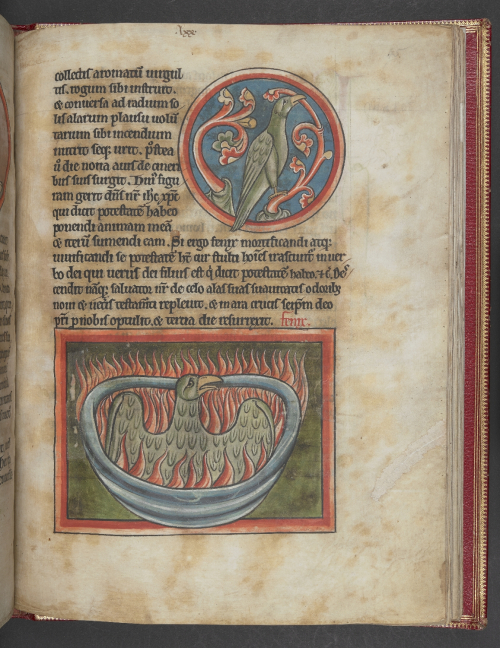 In the Harry Potter universe, witches and wizards learn about magical creatures by consulting the book Fantastic Beasts and Where to Find Them by Newt Scamander. Medieval people learned about marvellous creatures by reading a bestiary, or book of beasts. This page in a 13th-century English bestiary describes and illustrates the phoenix. The text explains that this remarkable bird has the ability to resurrect itself in old age. It creates its own funeral pyre from branches and plants, then fans the flames with its own wings until it is consumed by the fire. After the ninth day, the phoenix rises again from the ashes. 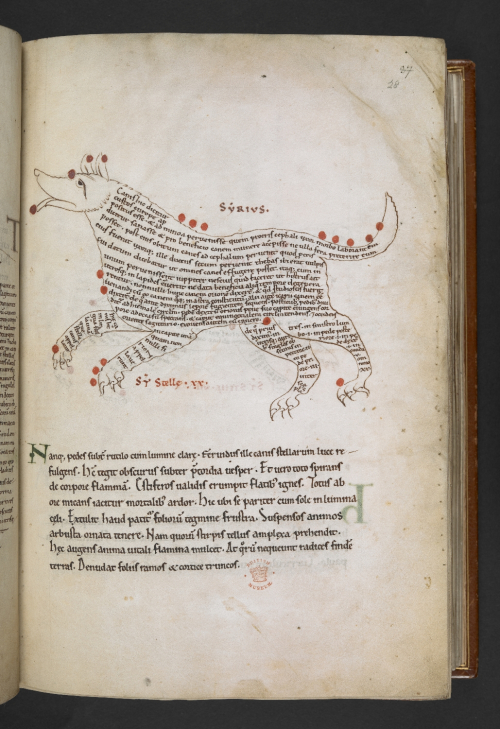 The names of many characters in the Harry Potter books, such as Sirius Black and Draco Malfoy, were inspired by stars in the night sky. Medieval people also placed great importance on the stars, which they used for navigation, calculating dates and predicting the future. This 12th-century English manuscript contains a copy of Cicero’s Aratea, a Roman book about the stars. The page above shows the constellation Canis Major (the Greater Dog), in which is found Sirius, the 'dog star', the brightest star in the night sky.

The writing inside the dog’s body gives further information about the constellation, including its origin story from ancient Greek mythology. According to the tale, there was once a hound so swift that no prey could escape it, and also a fox so swift that it could never be caught. When the huntsman Cephalus sent the hound to catch the fox, it created such a paradox that the god Zeus had to turn them both to stone. Zeus then placed the hound in the sky where it became Canis Major.

To learn more about these manuscripts, please visit the Harry Potter exhibition at the New-York Historical Society, from 5 October 2018 until 27 January 2019. All the manuscripts described above are also featured on the British Library's Digitised Manuscripts site. There are lots of other ways to learn more about Harry Potter: A History of Magic, including the exhibition book, television documentary and our own pages hosted by Google Arts and Culture.

I had the chance to see the exhibit. It was a pure marvel. I also proposed to my girlfriend in the astronomy room and it all added up to the most magical moment. Thank you British Library!