The Harley Bible moralisée on display in New York

During the reigns of Louis VIII (1223–1226), his formidable wife Blanche of Castile (d. 1252) and their son, Louis IX (1226–1270), Paris was the artistic centre of Europe. Among the most spectacular artistic creations of their reigns were moralized picture Bibles known as Bibles moralisées. Each contains literally thousands of richly painted and gilded images, designed (in the words of Professor John Lowden) to ‘create an impression of unsurpassed magnificence’. 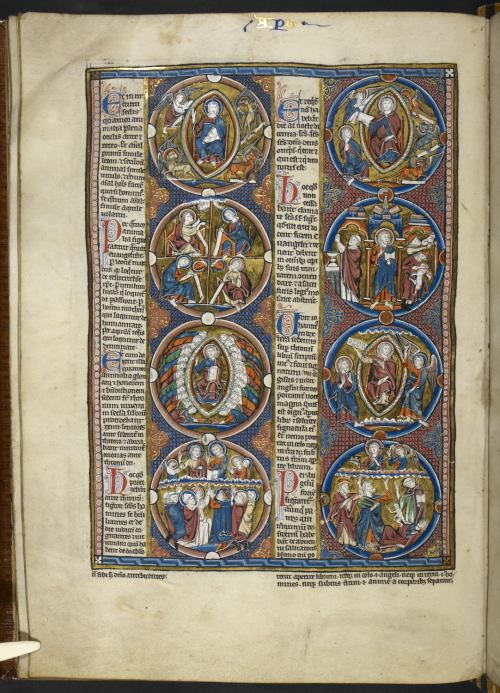 These books are known as moralized Bibles because biblical scenes in roundels are paired with their symbolic or theological interpretation or ‘moralizations’ below, with a short biblical extract or explanatory moralisation added next to each picture. Each was made as a royal commission for a member of the French royal family or a close relative.

Two of the manuscripts include an image of a king and queen, or a king, as well as an artist at work on a book with roundels like those in the Bibles moralisées. It has been suggested that the first two copies, now both in Vienna, were made for Blanche and Louis’s own use (one in French, and the second latinized from French).

The other two early copies, one now split between Oxford, Paris and the Harley collection at the British Library, and its twin, now in Toledo (with a small portion in New York), are even more ambitious undertakings. They were perhaps commissioned by Blanche as wedding presents for her son, Louis IX, and his bride Margaret of Provence (1221–1295) on their marriage in 1234. 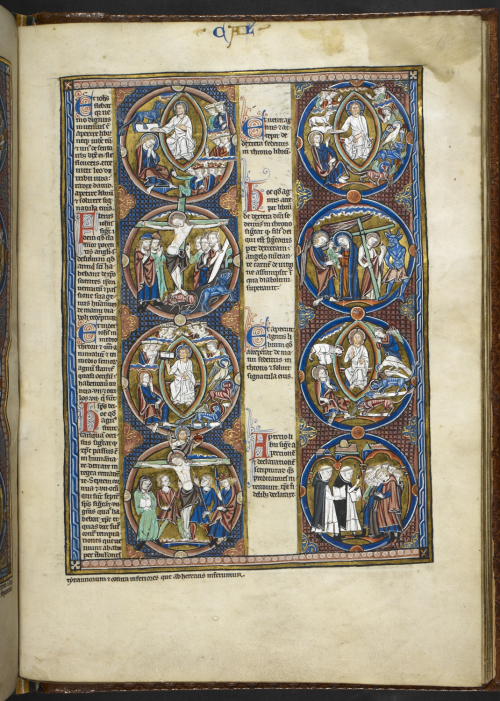 The book of Seven Seals with the four living creatures and the twenty-four Elders with moralisations, in Revelation 4:6–5:8: Harley 1527, f. 121r

These moralized Bibles are indeed extraordinary creations in every way. Their production in a workshop in Paris must have been a massive and extremely expensive undertaking, as the books appear to have been made in rapid succession, within a period of about ten years, from around 1225 to 1235. Each illustrated page has eight roundels, and faces another page with the same layout, so that the viewer is confronted with sixteen images on each illustrated opening. The astonishing complexity of the images, their moralisations and the accompanying texts suggests that the royal recipients of the Bibles moralisées would have viewed and/or read them in the company of their personal chaplains or priests. 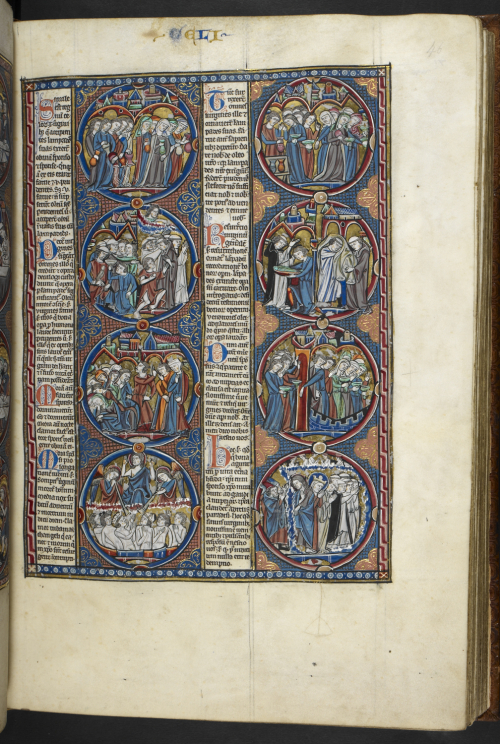 One volume of the British Library's Harley Bible moralisée is now on display at the Metropolitan Museum in New York, as part of the Armenia! exhibition, which opened on 22 September. The exhibition is the first to examine the remarkable artistic contribution of the Armenians in a global context.

An important aspect of the exhibition is the exploration of the connections between the arts of the Armenian kingdom of Cilicia and the court of Louis IX. The Franciscan friar William of Rubruck (Willem van Ruysbroeck) (c. 1210–c. 1270) took illuminated manuscripts with him on his mission to the Mongols in 1253, including a Bible given to him by Louis IX and a Psalter given by Queen Margaret of Provence (d. 1295). It may be that these manuscripts influenced the style and compositions of one of the most accomplished of Armenian painters, T‘oros Roslin (active 1256–1268).

To see the Harley manuscript in New York, visit the Armenia! Exhibition, open until 13 January 2019. To view it online, please visit the British Library’s Digitised Manuscripts site. We also discussed this manuscript in a previous blogpost.

Scot McKendrick & Kathleen Doyle, The Art of the Bible: Illuminated Manuscripts from the Medieval World (London: Thames & Hudson, 2016), no. 26.