A calendar page for November 2018

The weather’s getting colder, so come warm yourself by the (drawing of a) fire  in a 1000-year-old calendar page for November. 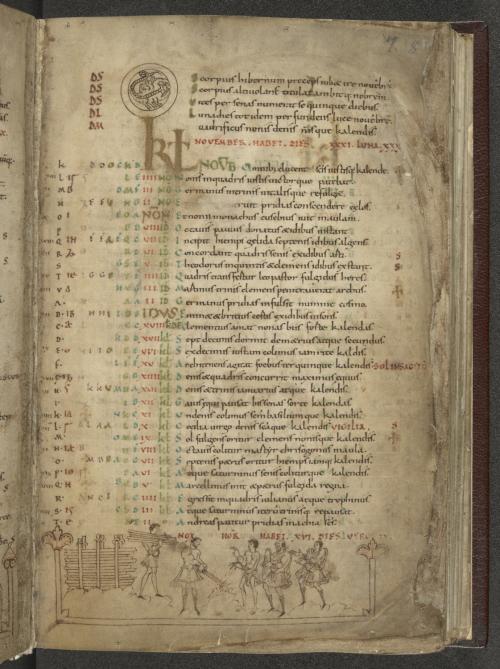 A calendar page for November, from a calendar made in southern England in the first half of the 11th century: Cotton MS Julius A VI, f. 8r

The fire in this image is depicted by a few red lines. Three figures on the right extend their hands towards it. I feel particularly sorry for the middle figure, who seems to be stuck out in the cold in bare feet and legs. This figure is also under-dressed in the image for November in another 11th-century calendar,  in Cotton MS Tiberius B V/1. 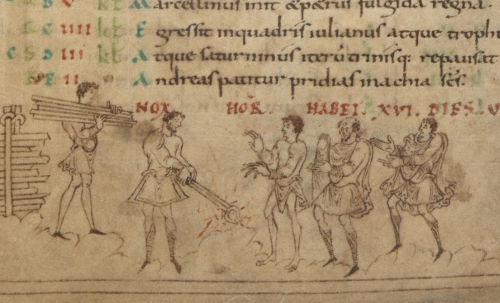 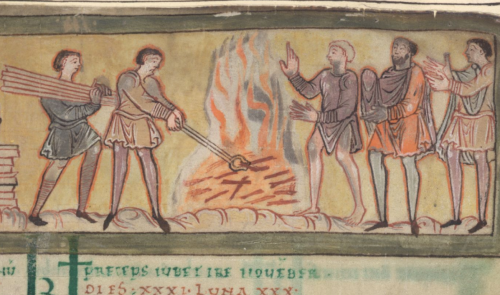 While the figures on the right of the image are warming themselves, the figures on the left-hand side are working. They appear to be smiths. There were many different types of smiths in 11th-century England, as explained in Ælfric’s Colloquy, a dialogue exercise designed to help young monks learn Latin. The Colloquy lists smiths, blacksmiths, farriers (who shoed horses), goldsmiths, silver smiths and bronze smiths among the most skilled craftsmen. Indeed, the characters in the Colloquy include a blacksmith who claims that he has the most important job in society, because he makes the tools all the other workers use. The other characters object, arguing that the enslaved ploughman is actually the most important because he grows the food that feeds everyone.

Smiths were clearly an important part of early medieval society. They appear throughout Old English literature, from the mythical figure known as Wayland the Smith to riddles in the Exeter Book. 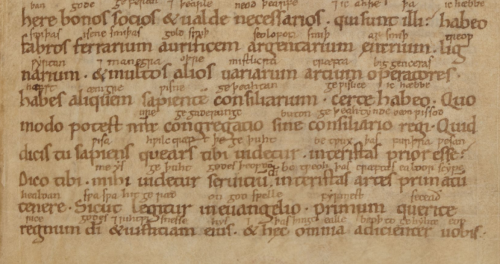 Detail of different types of smiths, from Ælfric’s Colloquy, part of an archbishop’s handbook made at Canterbury in the 11th century: Cotton MS Tiberius A III, f. 63r

Above the image of the smiths, two feast days marked in gold on this calendar page. They are the feast of St Martin of Tours and the feast of St Clement. Rather appropriately, given the scene depicted on this page, St Clement eventually became the patron saint of blacksmiths, and his feast is still associated with blacksmiths’ competitions to this day. This year, St Clement’s Day also coincides with the conference France and England: Medieval manuscripts between 700 and 1200 // France et Angleterre : manuscrits médiévaux entre 700 et 1200 in Paris, if you’d like to mark your own calendars.

This calendar page also depicts the constellation Scorpio. Scorpio was represented in various ways in medieval art. This Scorpio is notable for his clearly segmented tail. 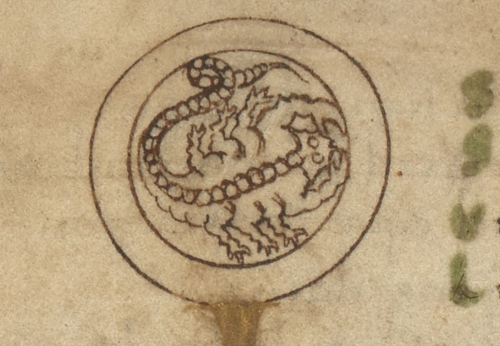 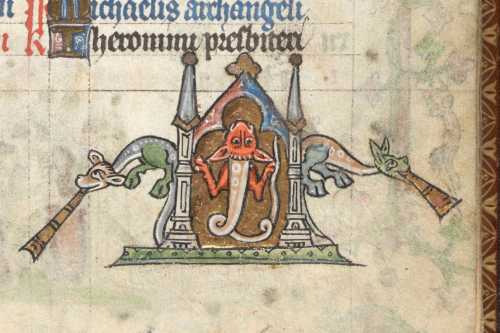 You can see this 1000-year-old calendar — and many other amazing manuscripts — in person at the British Library’s Anglo-Saxon Kingdoms exhibition, on until 19 February 2019. You’ll also be able to see some examples of gold- and silver- and blacksmiths’ work, from jewellery to weapons.

All astrological signs should be accompanied by Medieval body layout...for Scorpio people this is the time to be embarrassed!