Every Christmas, we traditionally blog about an image found in one of our fabulous manuscripts, from brightly coloured shepherds to peaceful Renaissance Marys. This year, we couldn't resist choosing an image that is on display in our Anglo-Saxon Kingdoms exhibition. It comes from a gospelbook made at the monastery of Saint-Bertin, in what is now northern France, and has generously been loaned to the exhibition by the Bibliothèque municipale of Boulogne-sur-Mer. 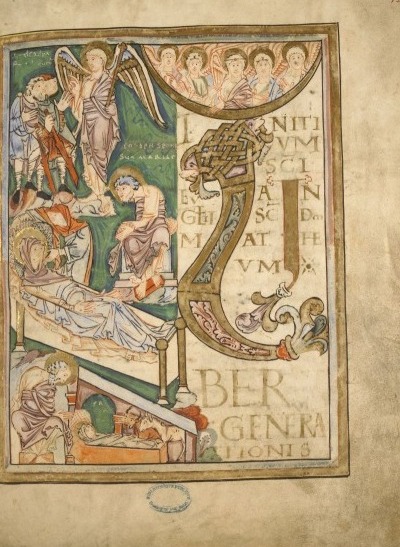 This Nativity scene image has everything you might see in a modern Christmas card — from angels to shepherds to a manger — but it is arranged in a slightly different manner. At the top right is a heavenly choir. To the left, an angel proclaims peace on Earth and goodwill to all men to two shepherds, who carry rough walking sticks. (We know what each scene represents because helpful captions were included beside the images.) Next, Joseph sits attentively next to the new mother Mary, who is resting while a servant adjusts her pillow. At the very bottom is Jesus, swaddled in a manger, with a rather jolly-looking ox and donkey. The text to the side is the beginning of the Gospel of St Matthew. 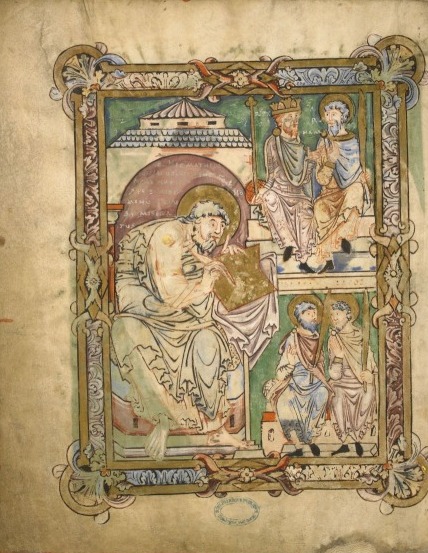 This Nativity picture concludes a sequence of scenes that illustrate the beginning of the Gospel of Matthew. This Gospel opens with the words ‘The book of the generation of Jesus Christ’, then lists all Jesus’ ancestors, before telling the story of his birth. In the Boulogne Gospels, the Gospel of Matthew begins with what resembles a comic-strip, conveying the whole story in pictures. First we see St Matthew eagerly writing his Gospel. Seated beside him are David, Abraham, Isaac and Jacob, the first of Jesus’ ancestors. The next page-and-a-half shows his other ancestors arranged in orderly rows under architectural arches. 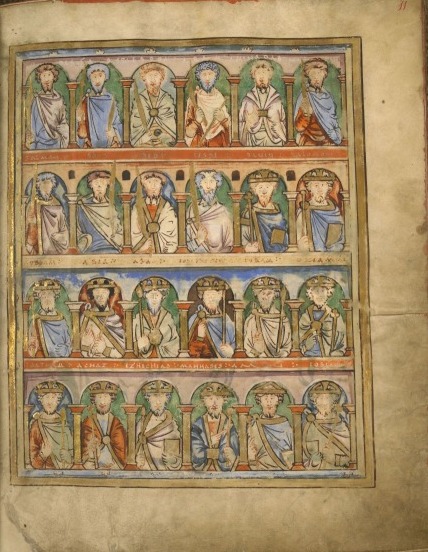 This lengthy genealogy culminates with the moment when the angel Gabriel appears to Mary and tells her that she is going to become the Mother of Christ. In the next panel Mary relates the same news to her cousin, Elizabeth. And then we come to the Nativity: Jesus is born, the shepherds come to adore him and the angels celebrate. 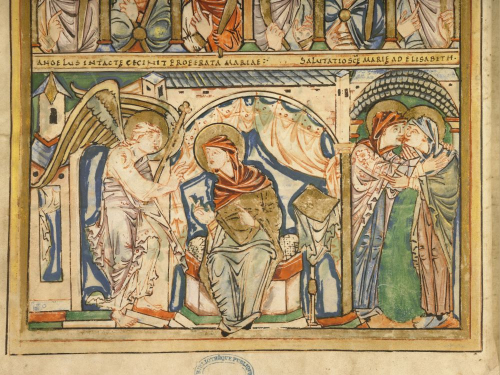 Detail of the Annunciaton and the Visitation: Boulogne-sur-mer, Bibliothèque municipale, MS 11, f. 10v

The whole book is lavishly decorated. Each Gospel is prefaced by scenes pertaining to its opening passages and images of the evangelist. For example, the Gospel of Mark begins with an image of an angel announcing the birth of John the Baptist to his father Zacharias. The canon tables showing the different passages of each gospel teem with figures: evangelists' symbols, angels, musicians, hunters, animals and more. You can explore this manuscript's illuminations here. 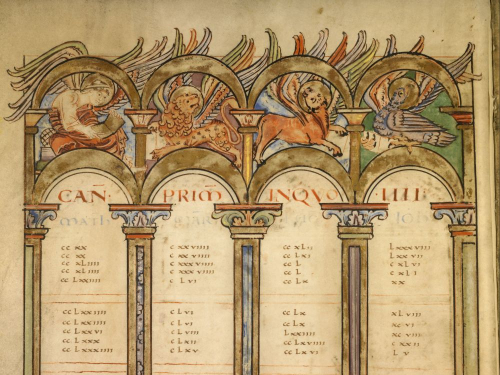 This gospel-book was made at Saint-Bertin about a thousand years ago, during the abbacy of Odbert. Abbot Odbert led a major campaign of book-production and he even helped with some illumination himself. His books show that artistry and learning flourished at Saint-Bertin at this period. 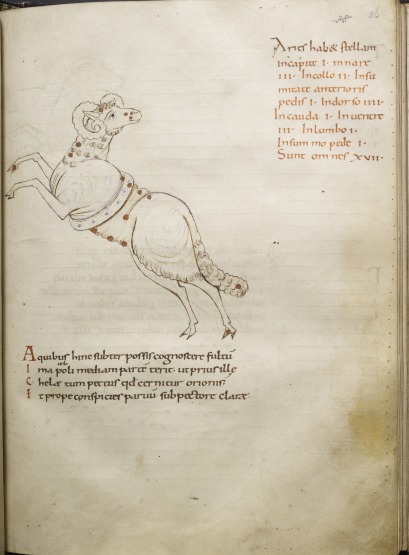 The constellation Aries, from a copy of Cicero's Aratea in an astronomical and astrological compilation made in Fleury: Harley MS 2506, f. 36r

Odbert employed a team of scribes and artists, including at least two artists from England. One travelling English artist was probably responsible for the Christmas scene and other decoration in the Boulogne Gospels. The same artist's work appears in other surviving manuscripts, associated with Canterbury, Ramsey or Winchester, Fleury and the monastery of Saint-Bertin at Saint-Omer. Several examples are on display in the Anglo-Saxon Kingdoms exhibition, from drawings of constellations to lively line drawings in Psalters. This demonstrates how artists — and artistic styles — could move around northern Europe at this time. 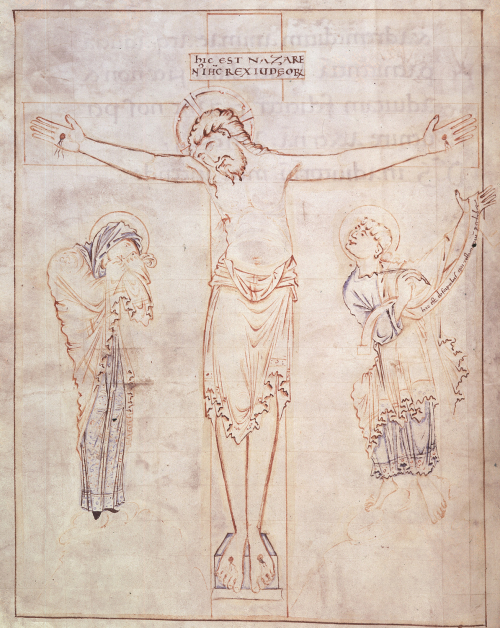 Miniature of the Crucifixion from the Ramsey Psalter, made in the early 11th century: Harley MS 2904, f. 3v

Odbert clearly assembled a talented team at Saint-Bertin. The resulting manuscripts are not just spectacular works of art: they are testaments to human creativity and cooperation. They suggest what could be possible with peace on Earth and goodwill between men. 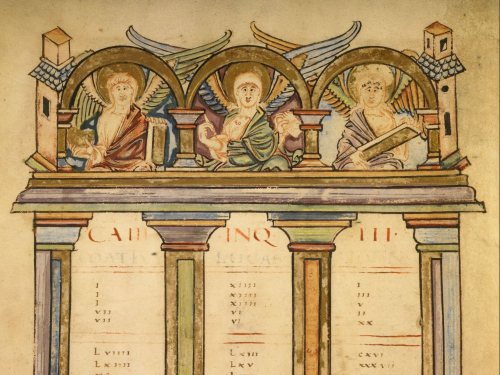