Cats, get off the page!

The British Library’s current free exhibition, Cats on the Page, celebrates the role that cats have played in literature and book illustration. In the interests of fairness and balance, we thought that we should point out the shameful times when cats on the page were a very literal problem for our medieval manuscripts. Join our manuscript detectives for some crime-scene reconstruction. 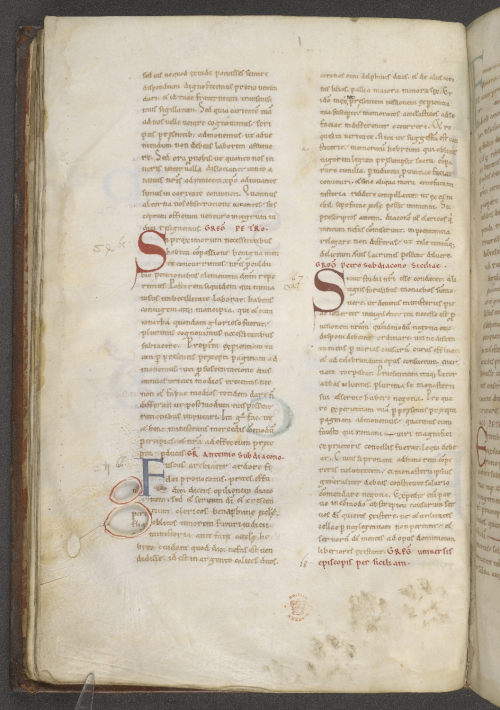 Ellie: What a CATastrophe! This 12th-century copy of Pope Gregory the Great’s letters is covered in muddy paw-prints.

Kate: Judging from the position of the four muddy paw-prints, it looks as though a crafty cat jumped onto the corner of the page. Did it step away backwards or was it lifted off carefully before it could get any further? A couple of the prints are quite distinct and not scuffed, as you’d expect if the cat had struggled or been pushed off the page.

Ellie: Perhaps the crime scene looked something like this evangelist portrait of St Mark from a Flemish Book of Hours. The picture shows St Mark as a scholar writing in a domestic setting, his books piled up by his side. He’s so absorbed in his work that he hasn’t noticed the cat prowling in the background. Let’s hope that this furry intruder keeps its paws to itself. 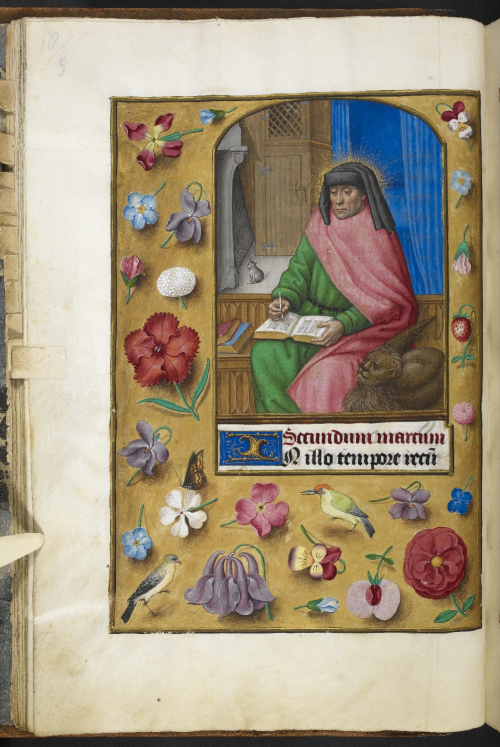 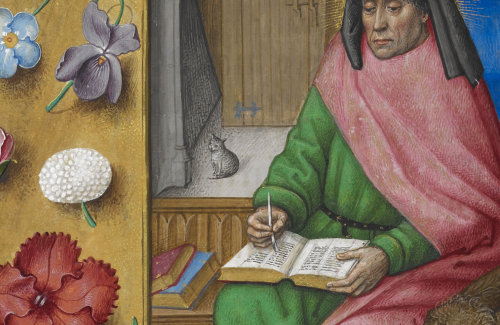 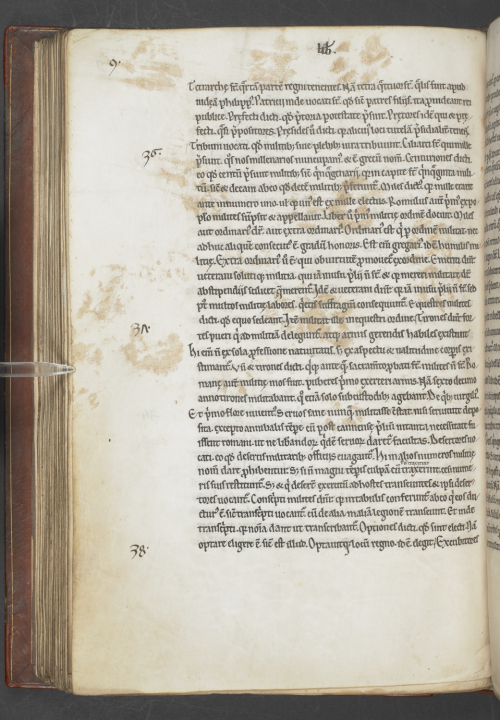 Kate: Another cat may have been a little less lucky. This 12th-century copy of Isidore of Seville’s Etymologies may show signs of a human/feline struggle. One muddy paw-print is very clear at the top of the page, but the others, which number perhaps ten or more and cover about half of the written page, are severely scuffed. It seems that the cat did not want to be evicted from the nice seat it had found, while the reader may not have been so pleased to see dirty marks all over a fine copy of the Middle Ages’ greatest encyclopaedia!

Ellie: Or maybe there’s another explanation. In the Etymologies, Isidore wrote that cats are called ‘mousers’ because they are troublesome to mice, or ‘cats’ because they are good at catching things. Perhaps the feline troublemaker who prowled across this page was pursuing a mouse at the time. We know that in the Middle Ages, cats were kept mostly for their rodent-catching abilities. Perhaps we are looking at the traces of a high-speed cat-and-mouse chase through the monastic library? 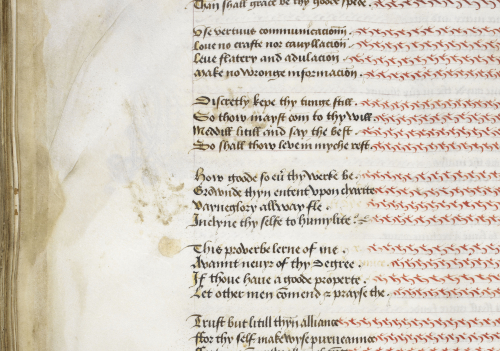 Ellie: These verses in Middle English offer guidance on how to lead a wise and virtuous life. The poet included words of wisdom such as ‘make no wronge informacion’, ‘Meddill litill’ and ‘grownde thyn entent upon charite’. But they forgot to mention one important piece of life advice — always keep your books out of reach of cats.

The two paw-prints in the middle of the page suggest that the feline felon leapt onto it from afar. It is pawsible — I mean, possible — that the guilty culprit was a pet of Henry Algernon Percy, earl of Northumberland, who ordered this part of the manuscript to be made between c. 1516 and 1527.

Kate: Although all these manuscripts date from the Middle Ages, we cannot say for certain when the cats made their mark. Manuscripts could be read and used for centuries, by monastic communities, wealthy families and later collectors. Any one of these might have found a pesky feline brushing up against their manuscript.

Ellie: Sounds like these crimes against manuscripts will have to remain unsolved.

A calendar scene for January in a Flemish Book of Hours, c. 1500: Add MS 35313, f. 1v (detail). Not content with ruining its owners’ books, this cat is now contemplating their roast dinner.

If you love cats and books, we highly recommend visiting the British Library’s free exhibition, Cats on the Page, open until Sunday 17 March 2019.

We needed the mice and cats fighting over castles! Ben & Jerry's origins!
Also the super one in Lindisfarne!

I don't see a cat prowling behind St.Mark. The cat is aurely sitting in typical feline pose?