In early Anglo-Saxon times, East Anglia was an important kingdom, occupying most of what is now Norfolk and Suffolk. Over the years, archaeologists and antiquarians have unearthed objects which illuminate the lives of those who lived in or passed through East Anglia between the 5th and 9th centuries.

A stunning selection of objects from Anglo-Saxon East Anglia have been kindly loaned to the British Library's Anglo-Saxon Kingdoms exhibition by Norfolk Museums Service. These objects provide an invaluable insight into early burial practices, cultural habits and social structures among the East Angles. 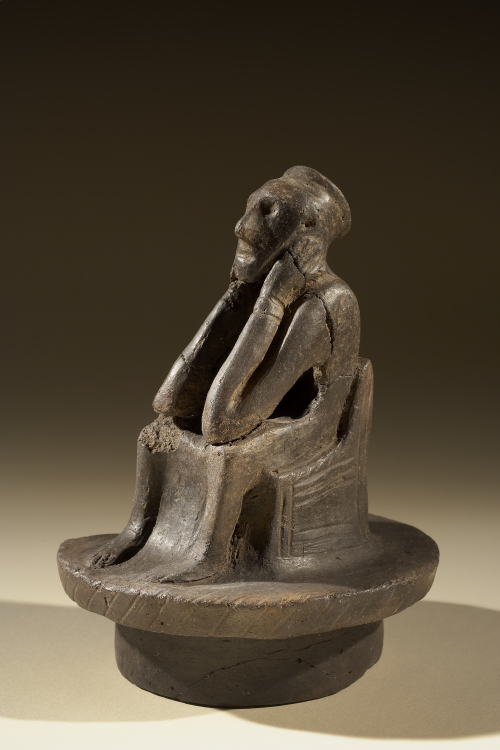 One such item currently on display in London is Spong Man, which was once the lid to a 5th-century cremation urn. This lid was excavated at Spong Hill, North Elmham, which is the largest known Anglo-Saxon cremation cemetery. Spong Man is one of very few three-dimensional anthropomorphic representations from the entire Anglo-Saxon period. 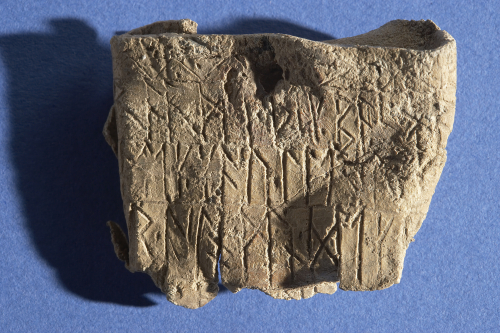 Another object on loan from Norwich Castle Museum is this lead sheet with a runic inscription. It is one of several similar Anglo-Saxon lead sheets inscribed with runes. This particular sheet was discovered in Norfolk in 2004, and attempts to decipher the inscription suggest that it may have once been a memorial plate or fixed to a coffin. 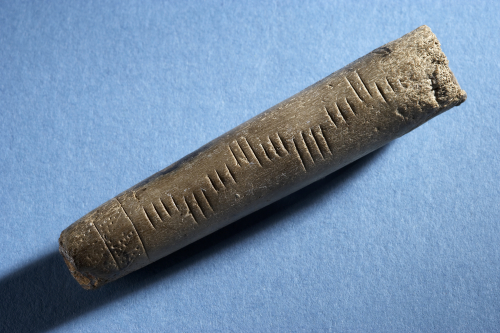 Also featuring in Anglo-Saxon Kingdoms is this knife handle made from a red deer antler, which also has an inscription in ogham script. Ogham script uses straight or angled lines and was developed to write inscriptions in the early Irish language. Although this handle was discovered at Weeting in East Norfolk, it was most likely made far away in what is now Ireland or Scotland. It demonstrates that East Anglia had far-reaching connections with other parts of the British Isles.

Bronze styli such as this were common in Anglo-Saxon England. The wider side was used to smooth  the wax flat, ready for use, while the pointed side was used to inscribe text on wax-filled tablets made of wood or bone. 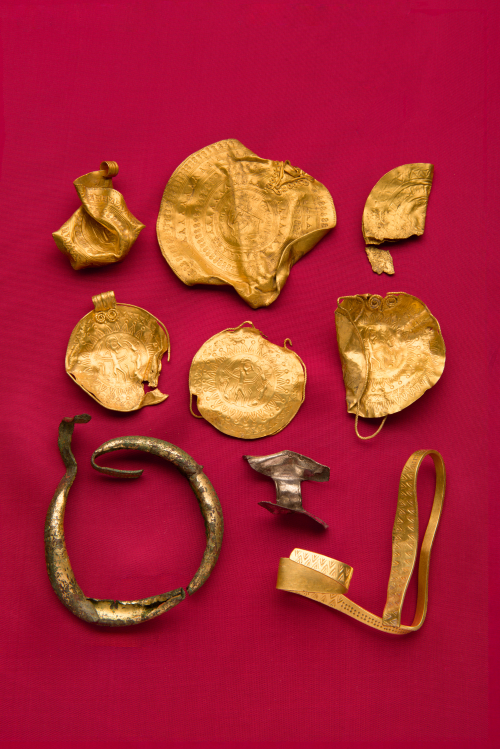 Norfolk Museums Service has also kindly loaned us some sensational gold and silver items. They include a selection from the Binham Hoard, a collection of 6th-century bracelets, brooches and bracteates (neck pendants that copy the designs of Roman coins and incorporate mythological imagery). The design of these bracteates derived from the practice of wearing pierced Roman coins as jewellery. 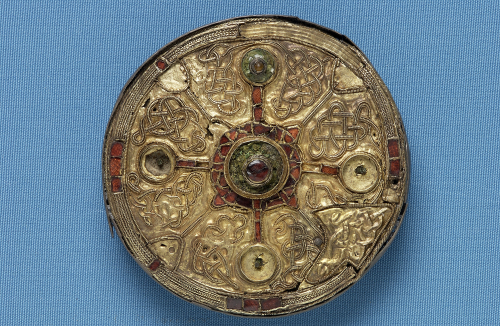 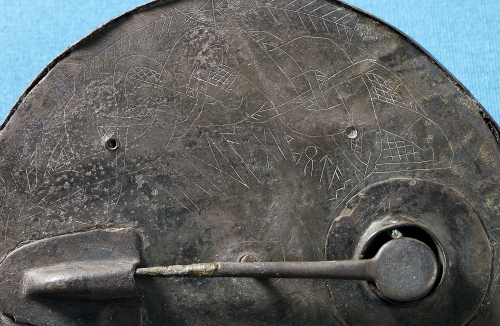 Another item of jewellery is the Harford Farm Brooch. This 7th-century gold and garnet brooch was found in a female grave at Harford Farm cemetery, near Norfolk, but it is typical of brooches made in Kent. A runic inscription on the back reads, ‘Luda repaired this brooch’. 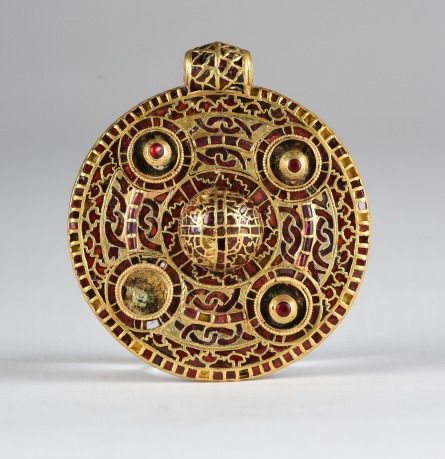 This exquisitely decorated pendant was also found in the grave of a woman. She was buried in the first half of the 7th century in a cemetery near Winfarthing, south Norfolk. 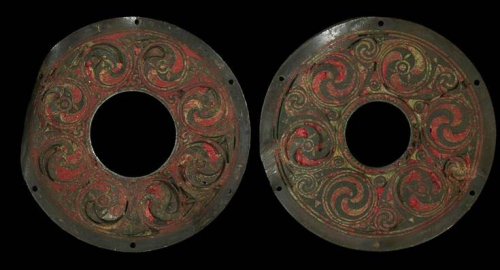 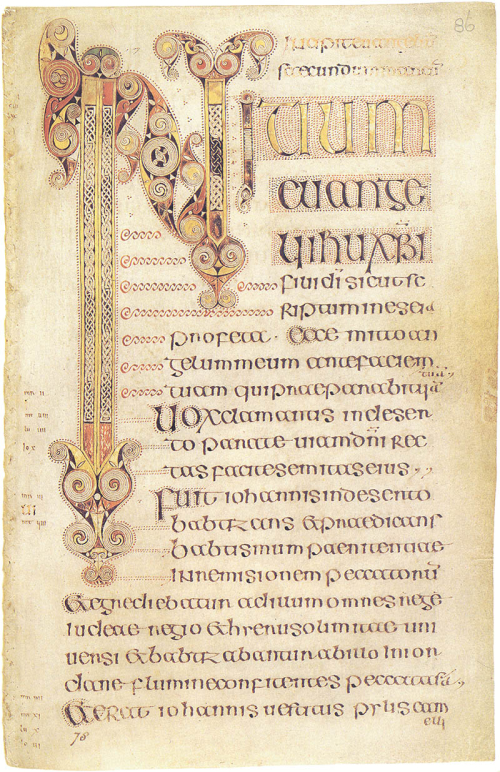 In the Anglo-Saxon Kingdoms exhibition, it is often possible to compare manuscripts and metalwork side by side. The design of a pair of enamelled mounts from East Anglia bears similarities to the intricate insular designs found in the Book of Durrow (on loan from Trinity College, Dublin). This suggests that certain designs, and in some cases the artists who made them, could travel large distances during the early Middle Ages. The rivets on the edges of the mounts suggest that they were once affixed to a larger item, perhaps a hanging bowl.

All of these fascinating objects from Norfolk Museums Service can be viewed until 19 February 2019 in the Library's magnificent Anglo-Saxon Kingdoms exhibition.

Great to see Spong Man again at the exhibition last week after all these years! Last seen when dug him up at Spong Hill in 1979. Polishes up well!