Alfred ordered me to be made

King Alfred of Wessex (d. 899) has quite the reputation. He is often referred to as Alfred ‘the Great’, perhaps on account of the victories of his kingdom of Wessex against the Vikings invasions in the late-9th century. Legend has also crafted Alfred as an incompetent kitchen assistant, on account of the myth that he failed to prevent a lady’s cakes from burning when seeking refuge in the marshes of South-West England.

Some of our readers may be surprised to learn that Alfred also has a reputation as a scholar and intellectual, who was keen to promote learning at his court and throughout his kingdom. 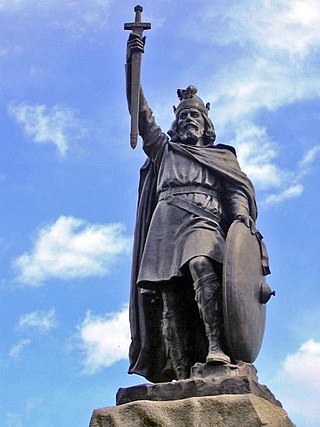 Statue of King Alfred the Great in Winchester

A stunning object, which may stand as a testament to Alfred’s patronage of education and learning, is the Alfred Jewel. The Ashmolean Museum in Oxford has very kindly loaned the Alfred Jewel to the British Library's once-in-a-generation Anglo-Saxon Kingdoms exhibition. This is one of the most celebrated objects surviving from Anglo-Saxon England. 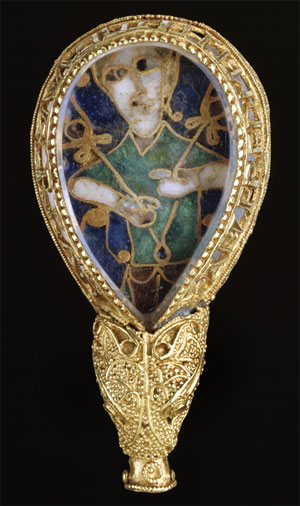 It came to be known as the Alfred Jewel thanks to the inscription +ÆLFRED MEC HEHT GEWYRCAN (‘Alfred ordered me to be made’), which surrounds the central figure. It was discovered in 1693, a few miles away from King Alfred’s fortress and monastery at Athelney, Somerset. Athelney Abbey is the site where Alfred found shelter and then launched his retaliation against King Guthrum’s ‘Great Heathen Army’ in 878. The combination of its history and the inscription has led scholars to suggest that it was King Alfred himself who ordered this jewel to be made. 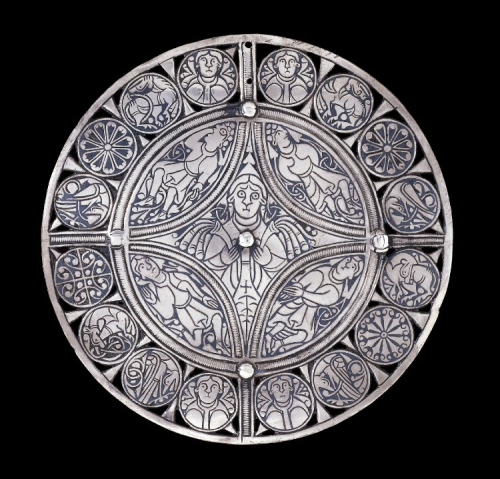 The figure’s prominent staring eyes and the two floral stems held in each hand are rather similar to the central figure in the Fuller Brooch, which has also been loaned to the Anglo-Saxon Kingdoms exhibition, this time by the British Museum.

At the lower end of the jewel is a small socket that may have once held a small rod, perhaps of wood or ivory. Similar, though significantly less splendid, objects with the same small socket also survive from the Anglo-Saxon period. These objects were perhaps intended to act as the decorative end of a small pointer, used for following the line when reading. 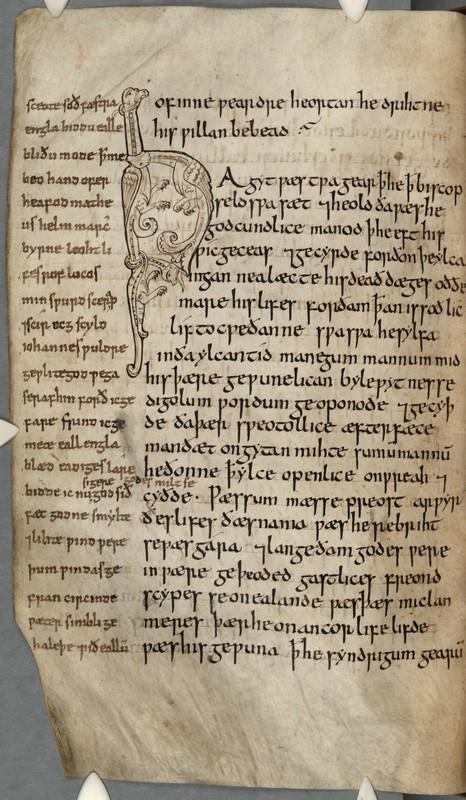 Alfred is known to have encouraged the translation of a number of Latin texts into Old English. Some of these were the core texts of the Anglo-Saxon schoolroom, such as Bede’s Ecclesiastical History of the English People. 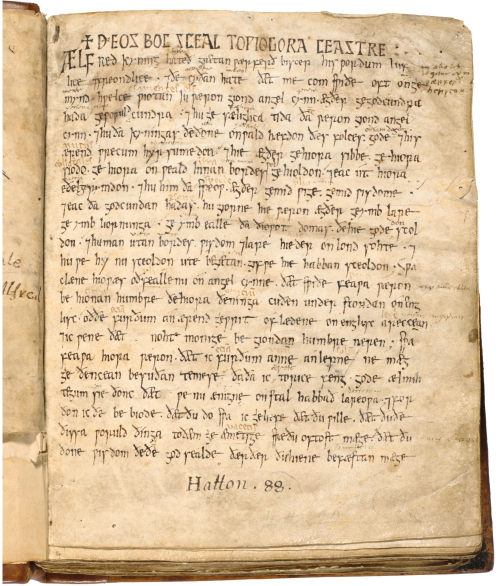 The writings of Pope Gregory the Great were widely studied in Anglo-Saxon England and also featured in the programme of translation initiated by Alfred’s court. An Old English translation of Gregory the Great’s Cura Pastoralis (‘Pastoral Care’) has even been attributed to King Alfred himself. This translation of the ‘Pastoral Care’ is preceded by a letter from King Alfred to Bishop Werferth of Worcester. In the letter, Alfred encourages his bishops to lead a programme of translation of texts from Latin to English, therefore making these texts more widely accessible. The letter also states that translations of the Pastoral Care should all be accompanied by an æstel, an object used to point to words when reading. Some people have proposed that the Alfred Jewel may be an example of such an æstel. If the remarkable Alfred Jewel was indeed ‘ordered to be made’ by King Alfred, it certainly reflects the regal splendour and the intellectual pursuits of a scholar-king.

Thaks to the generosity of the Ashmolean Museum and our other lenders, you can view the Alfred Jewel and other items discussed in this blogpost in the Anglo-Saxon Kingdoms exhibition (until 19 February 2019). Tickets are available here.

Posts on this blog are usually interesting, informative and often amusing. This one is different.
Some of your readers may be surprised to learn that Alfred was a scholar? I'd be very surprised if they weren't well aware of the fact.
Talking of scholars, some have suggested that because the jewell says Alfred had me made, and it was found near Alfred's base at Athelney, then... It might be Alfred who ordered it to be made? Really? Wow!
Two floral stems held in each hand? Looks like one stem in each hand to me.
Even the title.. Alfred ordered me to be made? I was always told the inscription translated as Alfred had me made.
I don't expect my comment to be posted but I hope it is read and inwardly digested.