From Oxford to London

The city of Oxford is home to a historic network of libraries and museums. Two of these institutions, the Ashmolean Museum and the Bodleian Library, have kindly loaned a selection of their treasures to the Anglo-Saxon Kingdoms exhibition here at the British Library. 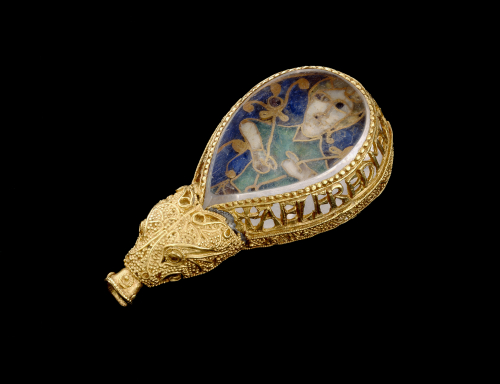 The Alfred Jewel has been loaned to Anglo-Saxon Kingdoms by the Ashmolean Museum. This stunning object was discovered in Somerset in 1693, a few miles from a fortress of King Alfred the Great of Wessex (d. 899). Near to this location was the monastery at Athelney, where Alfred found shelter before fighting back against King Guthrum’s ‘Great Heathen Army’ in 878. The jewel owes its name to an inscription which surrounds the central figure, reading: +ÆLFRED MEC HEHT GEWYRCAN (‘Alfred ordered me to be made’). The discovery of this jewel and its fascinating inscription has led scholars to suggest that the jewel may have been made by command of Alfred himself. 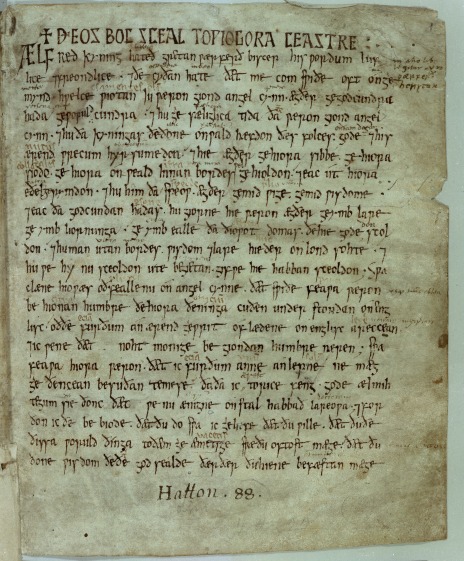 Anglo-Saxon Kingdoms also features six manuscripts kindly loaned by the Bodleian Library. Among them is an Old English translation of Gregory the Great’s Cura Pastoralis (‘Pastoral Care’), which has also been attributed to Alfred the Great. In a letter which precedes the Pastoral Care, Alfred instructed his bishops to lead a programme of translation of texts from Latin to English, so as to make them more widely accessible. 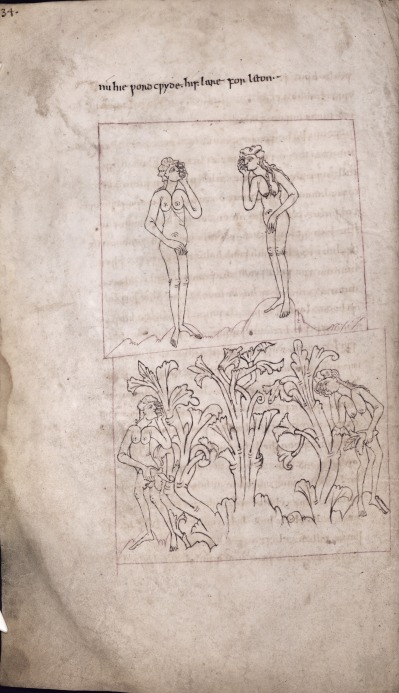 The Bodleian Library has also loaned the Junius manuscript to the British Library, a crucial witness to the Anglo-Saxon poetic tradition, containing over 5,000 lines of verse in Old English. The first three Old English poems in the manuscript, Genesis, Exodus and Daniel, are accompanied by illustrations. The page shown here depicts Adam and Eve, both naked, after Satan had tricked them into disobeying God. 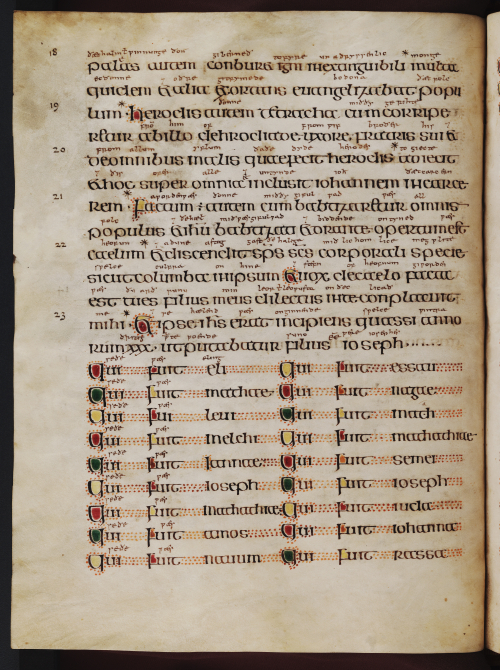 Also on loan from the Bodleian Library is the MacRegol Gospels. This gospel-book is named after MacRegol, whose name occurs in a contemporary inscription urging the readers to pray for him. Although made in Ireland, the manuscript had made its way to England by the second half of the 10th century, where an interlinear Old English translation of the gospels was added. 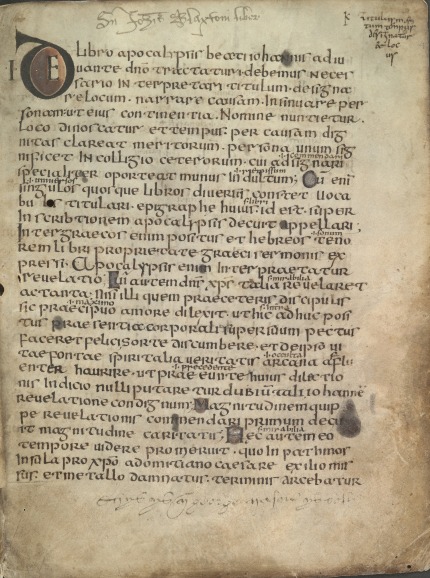 Another manuscript with far-reaching connections is this 8th-century copy of Primasius’ Commentary on the Apocalypse. Primasius was bishop of Hadrumetum, in present-day Tunisia, but this manuscript was copied in an English context under continental influence. It provides important evidence of connections between Anglo-Saxon scholars and the Greek-speaking Mediterranean world. Two famous English churchmen are believed to have annotated this manuscript: Boniface, archbishop of Mainz (d. 754), is thought to be responsible for the notes in the margins; and Dunstan, archbishop of Canterbury (959–988), for the interlinear additions. 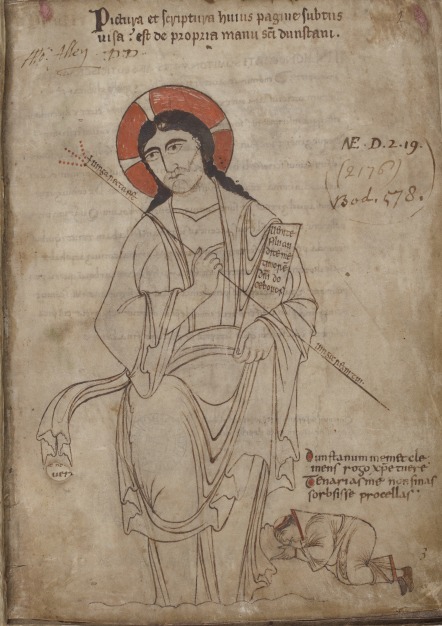 One of the most famous manuscripts in the exhibition is 'Dunstan's Classbook'. Archbishop Dunstan was a well-read scholar, and his ‘Classbook’ contains homilies, grammatical texts and an extract of a poem by Ovid. 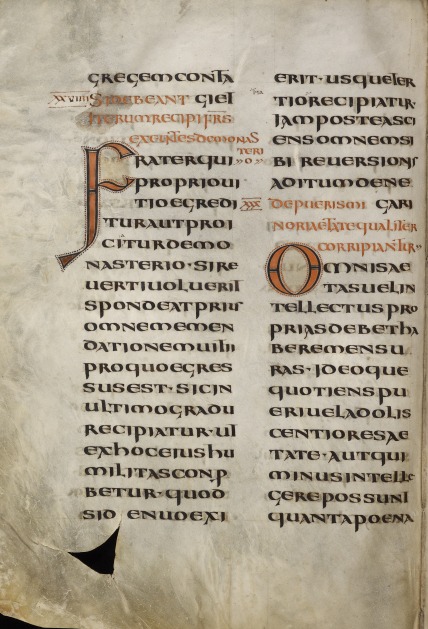 Anglo-Saxon Kingdoms has brought together an amazing array of manuscripts, some of which are the oldest examples in existence. This is typified by the final Bodleian loan, namely the earliest surviving copy of the Rule of St Benedict. The Benedictine Rule was written by Benedict of Nursia (c. 480–c. 547) as a series of instructions for communal life in a monastery. This manuscript was copied in England around the year 700, showing that Benedict’s principles for monastic life were known in the early English Church.

We are extremely grateful to the Ashmolean Museum and the Bodleian Library for lending these fascinating items to the Anglo-Saxon Kingdoms exhibition. They can be viewed at the British Library until 19 February 2019, and tickets are available here.

Posted by Ancient, Medieval, and Early Modern Manuscripts at 4:27 PM