Round up of our Manuscripts in the Anglo-Saxon Kingdoms conference 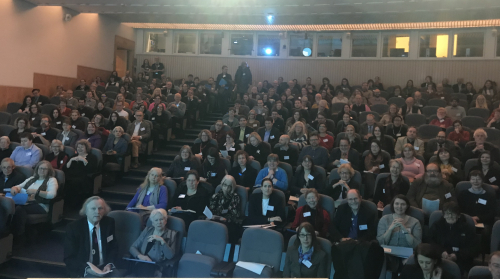 A full house on the first morning of the conference. Photo taken by Dr Alixe Bovey

Professor Lawrence Nees opened the conference with a keynote lecture on ‘The European Context of Manuscript Illumination in the Anglo-Saxon Kingdoms, 600-900’. Nees explored how certain styles of early medieval manuscript illumination demonstrate frequent connections between scriptoria on both sides of the Channel. The close connections between Anglo-Saxon England, parts of Ireland and Britain, and the European Continent were a recurring theme throughout the two days. 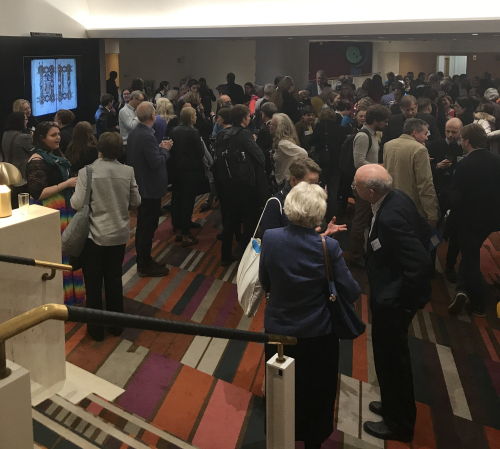 Attendees enjoyed a wine reception at the end of the first day of the conference.

Professor Julia Crick gave the second keynote lecture of the conference on ‘English Scribal Culture in an Age of Conquest, 900–1100’. Professor Crick marvelled that visitors to the Anglo-Saxon Kingdoms exhibition could see a once-in-a-generation collection of Anglo-Saxon manuscripts, and then turn the pages of many of those manuscripts on their smart phones and laptops.

Many other speakers praised the benefits of recent digitisation projects and new digital technologies. Dr Tessa Webber commented that this was the first time she had been able to browse digital versions of all manuscripts in her paper from her office. Many speakers used images of medieval manuscripts made available through digitisation projects at the British Library, most notably the recently digitised collection of Anglo-Saxon manuscripts and charters, and 800 manuscripts digitised as part of The Polonsky Foundation Project: Manuscripts from the British Library and the Bibliothèque nationale de France, 700-1200. 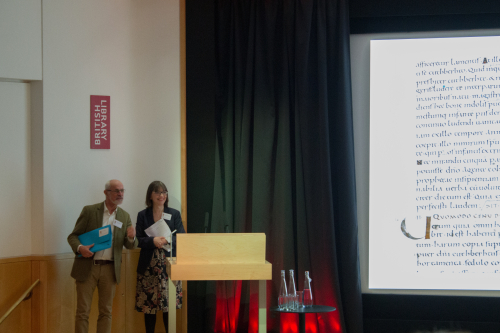 In recent years, scholars have begun to use the latest imaging technologies to make new discoveries on the pages of medieval manuscripts. Many papers at the conference drew on the multispectral imaging work of imaging scientist at the British Library, Dr Christina Duffy. Gasps of surprise and delight rippled through the audience as speakers revealed the ‘before and after’ shots generated by Dr Duffy’s imaging.

Other speakers used traditional technologies to support innovative arguments. For example, Professor Susan Rankin was joined on stage by two of her doctoral students who performed different types of singing known at Winchester in this period. Additionally, in a paper on the diffusion of insular art and script in Carolingian Francia, Professor Joanna Story used tidal patterns to argue that it would have been relatively easy to travel between Canterbury and north-western France. Story noted that tidal patterns are often consulted by archaeologists and military historians, but not by scholars of Anglo-Saxon manuscripts. 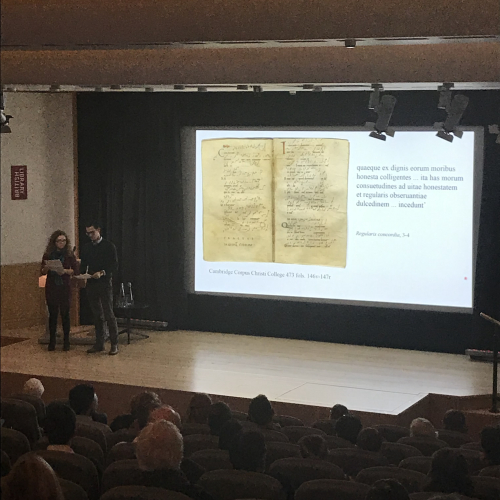 The conference concluded with speakers and attendees musing on the future of palaeography and codicology. The final keynote lecture and the questions that followed acknowledged the challenges faced by the next generation of scholars, but also highlighted the hope and excitement for future research made possible by recent advances in technology and through the application of scientific techniques. 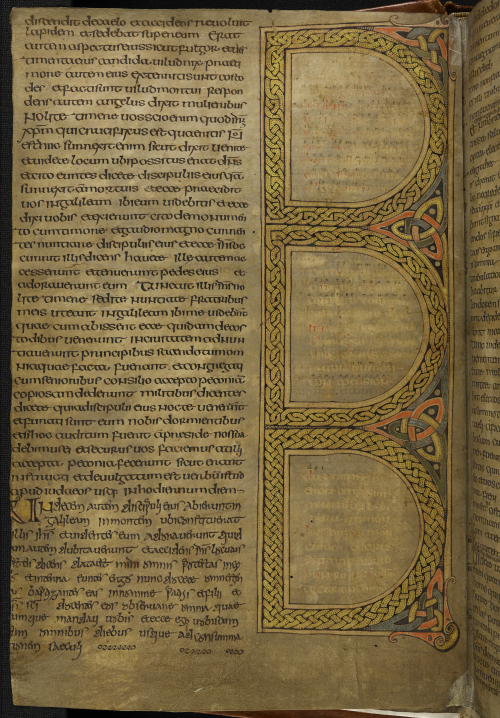 On the next day, Saturday 15th December, over 100 attendees of the conference returned for an Early Career Researchers’ symposium. The cross-cutting themes of this symposium mirrored those of the main conference by highlighting cross-Channel connections, the complexities of scribal culture, and utilising digital or scientific technologies. Speakers presented interdisciplinary research, combining history with chemistry and bioarchaeology. Louise Garner explained the use of chemical analysis to identify the composition of pigments in the York Gospels. Jiří Vnouček drew upon his background as a conservator and recent bioarchaeological research to identify the type of animal used to prepare the parchment of the Codex Amiatinus. Vnouček commented that, in his opinion, the future of manuscript studies lies in the use of interdisciplinary approaches to utilise advances in scientific technology.

The final paper of the symposium was given by Dr Simon Thomson, who discussed manuscripts that were community projects, built from complex layers of scribal interaction over time. When we study the digital facsimiles of these manuscripts for research, share images on social media, or turn their pages in a reading room, we too become part of that community and are woven into the story of these manuscripts. 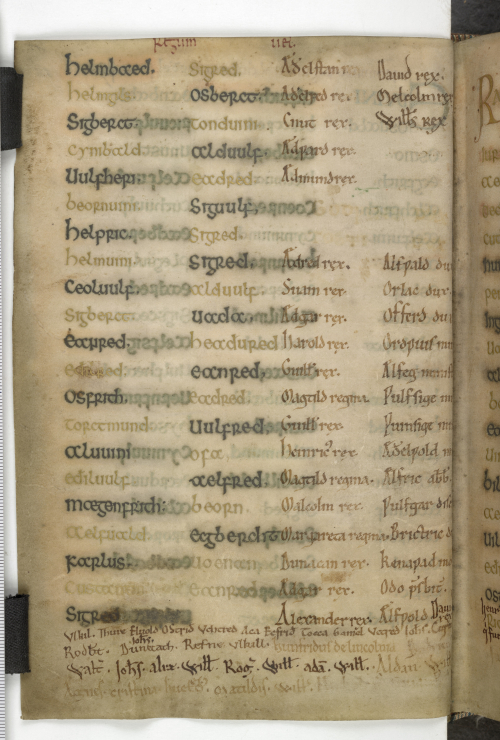 In the Durham Liber Vitae, the original list of names was copied in the 9th century, but more names were added for centuries after: British Library, Cotton MS Domitian A VII, f. 15v

We would like to thank all the speakers, chairs and attendees for an educational and enjoyable conference. Tweets relating to the conference can be found by searching the conference hashtag #MSSinASK. Dr Colleen Curran has made a useful Wakelet thread of all tweets that used this hashtag and she recently wrote a summary of 10 things we learned at the conference for BBC History Magazine.

Anglo-Saxon Kingdoms is on display in London until 19 February 2019. You can buy your tickets here.