Anglo-Saxon Kingdoms and the BnF

One of the many wonderful things about our Anglo-Saxon Kingdoms exhibition is that roughly half of the manuscripts and objects on display are on loan from other institutions. Six fascinating manuscripts in the show have kindly been loaned by the Bibliothèque nationale de France. This varied group includes a 7th-century calendar, an unusually shaped psalter, and a pontifical that features musical notation … One of these six manuscripts is a beautifully decorated insular gospel book, known as the Echternach Gospels. We know that this gospel book was in Echternach, modern-day Luxembourg, by the first half of the 8th century, but scholars have debated whether the manuscript was produced in Echternach, in Ireland or in Northumbria. Some people have compared its script to the Durham Gospels, which are thought to have been produced in Northumbria. On the other hand, some think the Echternach Gospels were produced in Ireland because the text is close to the 9th-century MacDurnan Gospels from Armagh. The founder of Echternach, a Northumbrian monk Willibrord, is known to have had connections to Ireland. His mission set out from Rath Melsigi, Co. Carlow, in the 690s, and Irish books and scribes likely played an important role in the early development of Echternach. 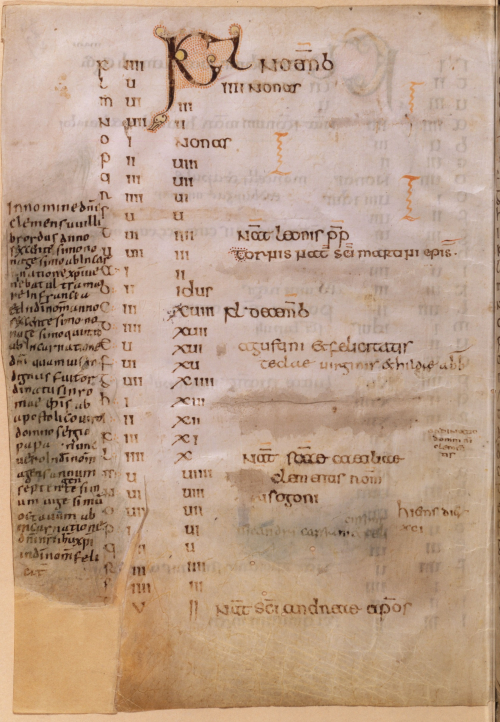 The founder of Echternach, Willibrord, was one of many Anglo-Saxon missionaries who travelled to the Continent to convert the pagans to Christianity. Manuscripts would have travelled to the Continent along with these missionaries. A manuscript that reflects this movement is the Calendar of Willibrord, also on loan from the Bibliothèque nationale de France. Entries in this calendar reflect Willibrord’s Northumbrian origins and Irish training, as well as additions made during his time on the Continent. This page, for the month of November, has notes in the margin referring to Willibrord’s life, including his journey in 690 ‘across the sea to Francia’. 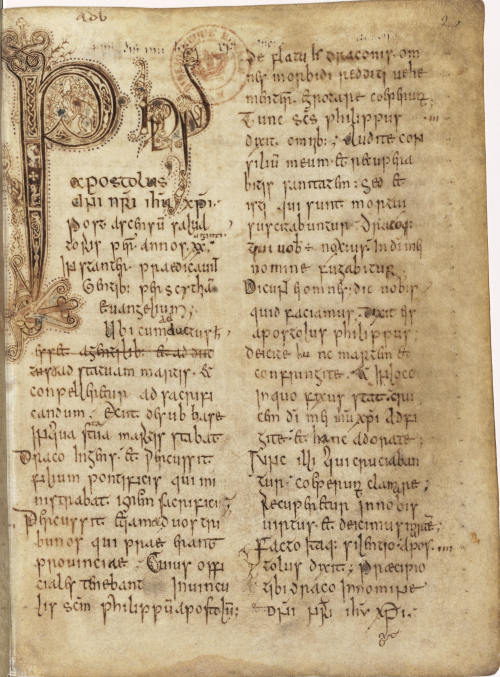 Another manuscript on loan from the Bibliothèque nationale de France is a 9th-century collection of saints' Lives, which contains accounts of the lives of two saints and narrative descriptions of the lives of sixteen early Christian martyrs. The enlarged, decorated ‘P’ on this folio begins Philippus apostolus, which introduces the account of the life of the Apostle Philip. Although the script of this manuscript suggests that it was copied in Canterbury, the parchment appears to have been prepared and arranged in a Continental style. This testifies to the close connections between Canterbury and Continental scriptoria in the early 9th century. 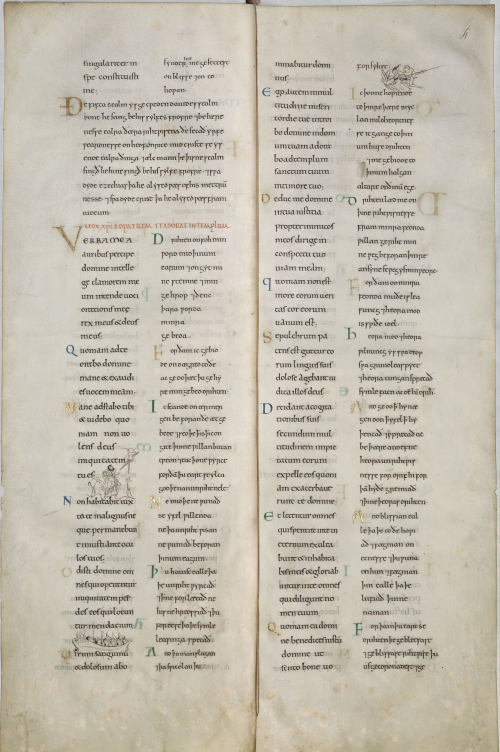 The Bibliothèque nationale de France has also loaned the Paris Psalter to Anglo-Saxon Kingdoms. The psalms had a central role in liturgy and personal devotion, and were widely known and studied in Anglo-Saxon England. However, the Paris Psalter is unusually tall and thin compared to other, contemporary psalters. 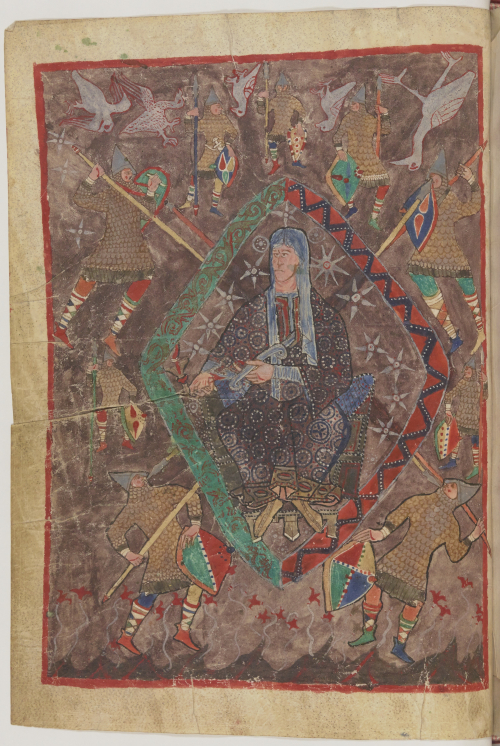 Also on loan is a copy of works by Boethius that illustrates the close links between England the monastery of Fleury (near Orléans, France). The style of script suggests that work began on the manuscript in England in the late 10th century, but the manuscript had reached Fleury by the early 11th century. One text in this manuscript is Boethius’ Consolation of Philosophy. The full-page painting above is of French workmanship, and shows the seated female figure of Philosophy, holding a snake, surrounded by birds and armed soldiers. The style of armour of these soldiers bears strong similarities to that of the Bayeux Tapestry. 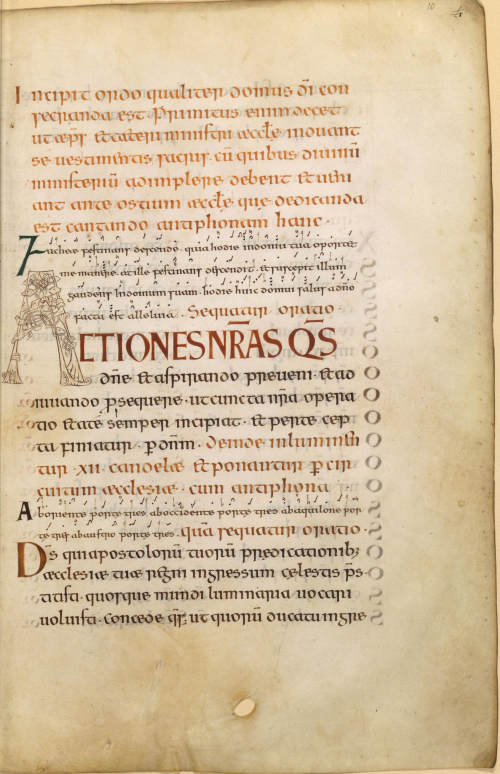 Another manuscript loaned by the Bibliothèque nationale de France provides an important insight into the performance of music in Anglo-Saxon England. This manuscript was likely made at Canterbury, but had come to Sherborne by the 990s and is now known as the Sherborne Pontifical. A bishop would read from a pontifical during ceremonies such as the consecration of kings, bishops, churches or relics. Instructions regarding the movement for the ceremony are written in larger black letters, whereas the chants are written in smaller black text, with musical notation added above.