The inhabitants of the British Isles in the first millennium spoke many different languages and wrote in several alphabets. Variant writing systems identified from early Anglo-Saxon England — some of which can be viewed in our stellar Anglo-Saxon Kingdoms exhibition — include runes, ogham and Greek, and even attempts at replicating Hebrew and Arabic letters. 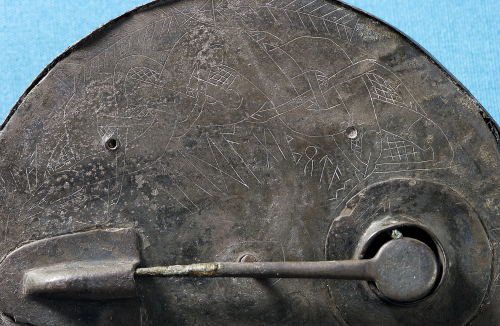 The back of the Harford Farm Brooch includes a runic inscription which says ‘Luda repaired [or makes reparations by] this brooch’ (England, c. 610–650): Norwich Castle Museum 1994.5.78

Runes were used to represent the earliest Germanic languages, including early forms of Old English and the Scandinavian languages. The earliest surviving examples of these angular letters were incised into metal, stone, wood or ceramics. We know that each of these runes had a name, taken from a noun that started with that rune: for example, (n) was called nyd (need), while (th) was called thorn (thorn), perhaps because the symbol itself looks slightly like a branch with thorn. In the 10th century, someone added the names to a runic alphabet on the back of a copy of the Old English version of Bede’s Ecclesiastical History of the English People. 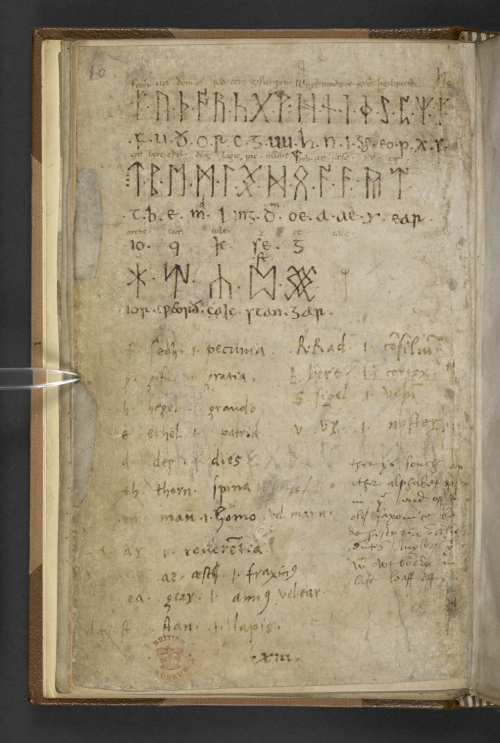 Runes copied in the 10th century, with their names added in the 11th century: Cotton MS Domitian A IX, f. 11v

Even though the Latin alphabet was eventually adapted to write English, runes did not cease to be used in Anglo-Saxon England. Several objects from the 7th to the 11th centuries feature runic inscriptions. Some surviving blades and scabbards feature the names of their early owners in runes or cryptic, talismanic inscriptions.

The Ruthwell Cross features the ‘Dream of the Rood’ poem inscribed in runes around its sides. Even when writing in Latin letters, the Anglo-Saxons used runes to represent sounds in their language which were not present in the Roman alphabet, such as æ, th (represented by þ or the adapted Latin letters Ð, ð), and w (Ƿ). Some of these letters are still used in Icelandic and Faroese spelling to this day. 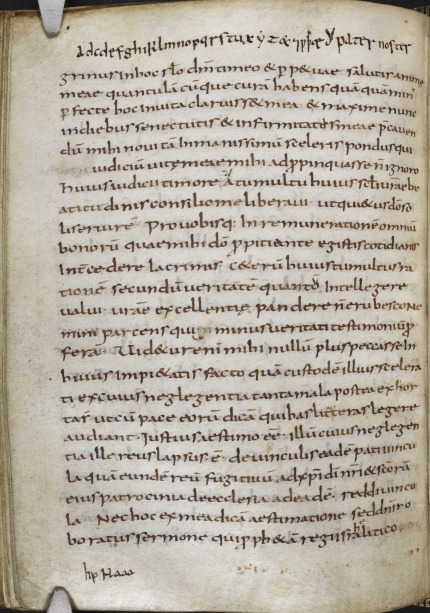 A scribe from 10th-century England practised his alphabet in the margins of this 9th-century copy of Alcuin’s letters: Harley MS 208, f. 117v

Another non-Latin alphabet known in England in the first millennium was ogham. This writing system is formed of lines carved at different angles around a central line. Examples of ogham inscriptions have been found in Ireland, Scotland, Wales, Cornwall and beyond. On display in the Anglo-Saxon Kingdoms exhibition is a knife inscribed with ogham that was found in South-West Norfolk. 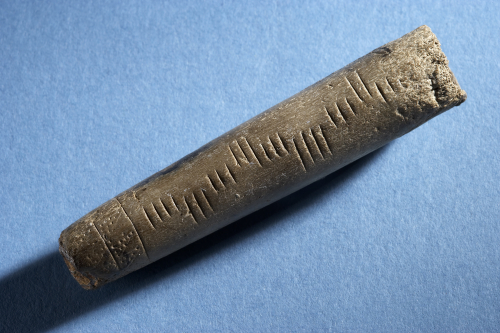 A knife with an ogham inscription, from Norwich Castle Museum

Ogham script was certainly known to Byrhtferth of Ramsey in the late 10th or early 11th century, and by the scribes who copied his work in the 12th century. Ogham occurs in a 12th-century copy of his diagram (in Oxford, St John’s College, MS 17), although not in the version in Harley MS 3667. Perhaps the scribe of the Harley manuscript omitted the symbols because he did not understand them.

Alphabets from other parts of the world were known to certain Anglo-Saxons. Greek letters appear in some early medieval English manuscripts. Knowledge of Greek in Anglo-Saxon England may be associated with the school run by Archbishop Theodore and Abbot Hadrian in Canterbury in the late 7th and early 8th century. Theodore was from the Greek-speaking part of the Mediterranean and became archbishop of Canterbury in 668. Bede used the Greek alphabet in mathematical calculations and recommended it for creating codes. Some early medieval scribes also tried to imitate Hebrew letters, with somewhat less success.

One incredible survival featured in Anglo-Saxon Kingdoms is a coin of King Offa (d. 796) that imitates the Arabic script on a dinar of Abbasid caliph al-Mansur (AH 136–58/ AD 754–75). The Mercian moneyer who made the coin did not copy the letters correctly and clearly could not read Arabic. 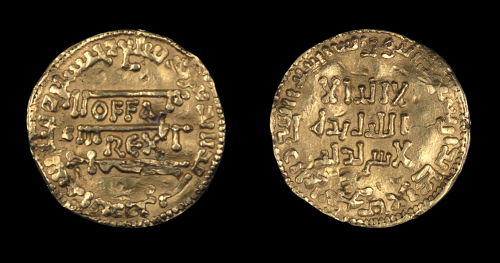 You can see many of these alphabets for yourself in the British Library's Anglo-Saxon Kingdoms exhibition, which is open until 19 February. We recommend that you check availability before you travel as many time-slots are already full.