Would you like to find out more about the Anglo-Saxons? Have you been mesmerised by our recent blockbuster exhibition, Anglo-Saxon Kingdoms: Art, Word, War, or are you doing research into some aspect of early medieval culture?

If so, you may be interested in the British Library's new webspace devoted to the Anglo-Saxons. Already published are a number of articles, on subjects as diverse as music, Anglo-Saxon women, and the Battle of Hastings, together with collection items and biographies. In the near future we intend to add more material, so (literally) please watch this space ...

Many of the essays have been written by Alison Hudson, Project Curator for the Anglo-Saxon Kingdoms exhibition, and Becky Hudson, Anglo-Saxon Manuscripts Intern. Becky has written articles exploring the earliest English speakers and Learning and education in Anglo-Saxon England. In Anglo-Saxon England and Europe, she has drawn upon sources ranging from the St Augustine Gospels to the Utrecht Psalter and a gold dinar of King Offa, in order to demonstrate the close and long-standing relationship between England and its European neighbours. Alison has examined the early Anglo-Saxon kingdoms and Science and the natural world. In her article How was the kingdom of England formed?, she traces the background to the unification of the Anglo-Saxon kingdoms in the 10th century. 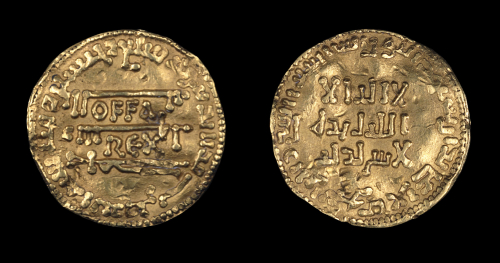 A gold dinar of King Offa, reproduced by permission of the British Museum

Among the collection items described and illustrated on the site are manuscripts from the British Library's own collections, alongside books and artefacts loaned by other institutions to the Anglo-Saxon Kingdoms exhibition. Among the Library's manuscripts that are featured are the St Cuthbert Gospel, Bald's Leechbook and the Coronation Gospels; among the loans we might mention (to name a few) are the Binham Hoard, the Moore Bede and Codex Amiatinus. Codex Amiatinus, reproduced by permission of Biblioteca Medicea Laurenziana, was returned specially to England for the first time in 1,300 years to be displayed at the Anglo-Saxon Kingdoms exhibition

The people featured on the Anglo-Saxons webspace include kings, queens, bishops, monks and hermits, from Æthelflæd, Lady of the Mercians, to Alfred the Great. They have been selected in part because they are most prominent in the contemporary sources, such as the Anglo-Saxon Chronicle and Encomium Emmae Reginae, and in part because they represent several layers of early medieval society. 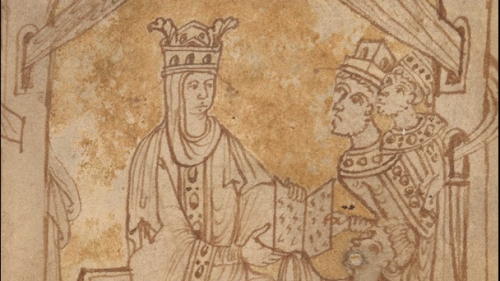 We hope that you find our new webspace useful, and that it satisfies your curiosity or inspires you to learn more. The address is https://www.bl.uk/anglo-saxons.