What do King Arthur, Stonehenge and the Loch Ness Monster have in common? You can currently find them all in the British Library's Treasures Gallery, in a display devoted to medieval myths and legends.

King Arthur is literally the stuff of legend. We have no contemporary historical sources that provide clear-cut evidence for his existence, so we are forced instead to rely on snippets of information. One of these is provided in the chronicle known as Annales Cambriae (‘the Annals of Wales’), the oldest version of which survives in a post-Conquest manuscript.

According to Annales Cambriae, in the year 572 ‘the Battle of Badon [took place], in which Arthur carried the cross of Our Lord Jesus Christ on his shoulders for three days and three nights; and the Britons were victors.’ At the bottom of the column is recorded a battle at Camlann, in which both Arthur and Mordred (‘Medraut’) fell. But the historical value of these annals is open to question, since the manuscript was made several hundred years after the events it describes. 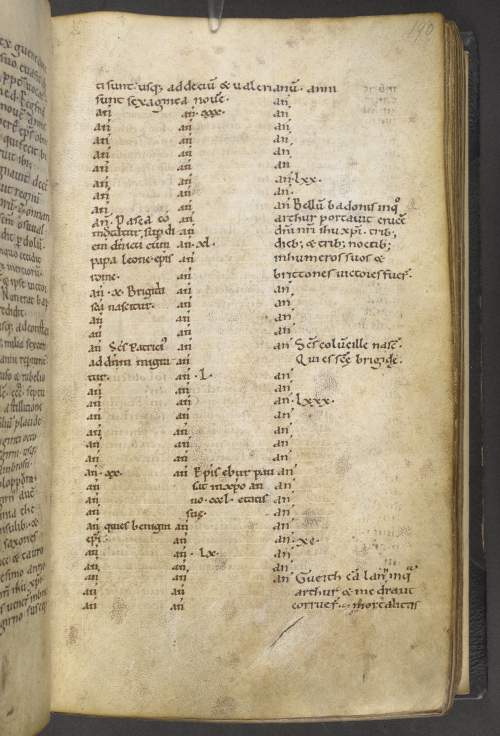 This manuscript was recently digitised as part of The Polonsky Foundation England and France Project: Manuscripts from the British Library and the Bibliothèque nationale de France, 700–1200.

The building of Stonehenge is equally open to question. This 14th-century manuscript of the Roman de Brut contains an early drawing of the famous monument. The text states that the stones came from Africa, from where they were taken by giants to Mount Killaraus in Ireland. The giants poured water over them, which they then used to cure their sick. When Merlin wished to create a memorial to 460 Britons killed by the Saxons, he used magic to transport the monument to England. Merlin is shown here, either taking down the stones in Ireland or reassembling them at Stonehenge. 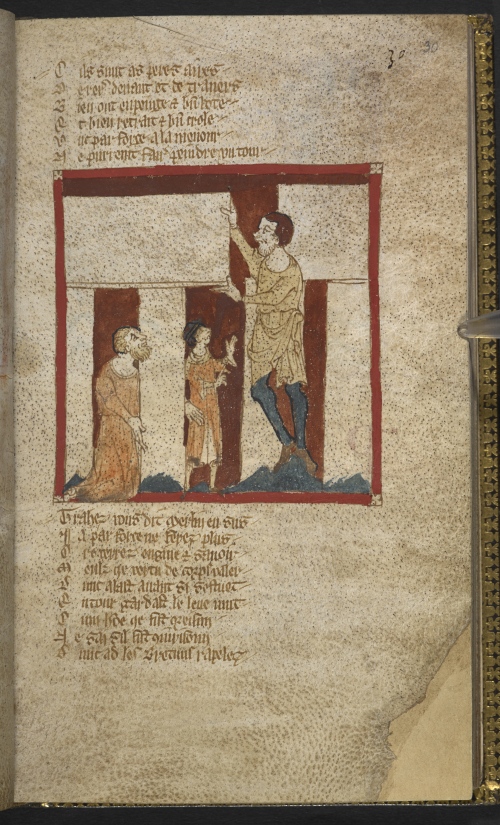 So what of the Loch Ness Monster? The earliest record of its existence is in the Life of St Columba (died 597), founder of the monastery of Iona in the Inner Hebrides, who played a key role in the conversion of Scotland to Christianity. Written by Adomnán of Iona (died 704), this account describes the saint’s miraculous powers.

On one famous occasion, Columba witnessed the burial of a man who had been killed by a water beast. When the monster attacked another swimmer, Columba made the sign of the cross and it fled in terror. According to the text, this encounter took place in the River Ness, which flows from the loch, rather than in Loch Ness itself. 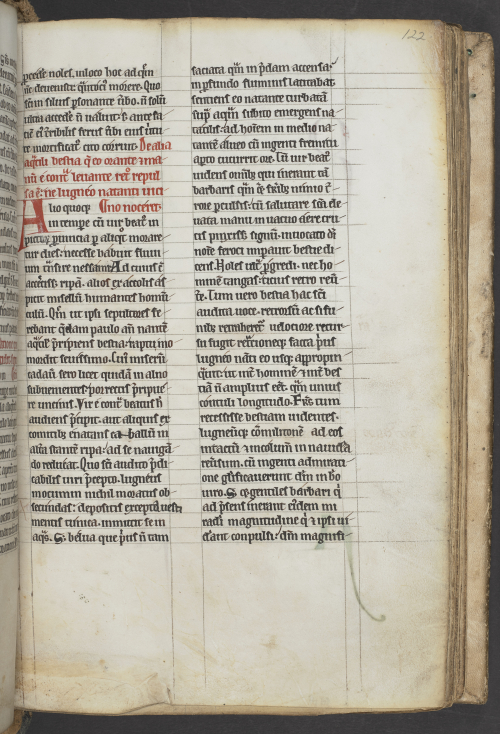 Another fabulous tale was related by Gerald of Wales (died 1223), who visited Ireland on three separate occasions and wrote this account of its customs and legends. At Kildare he saw a magnificent gospel-book, which had supposedly been dictated to its scribe (shown in the lower margin) by an angel. Gerald wrote, ‘if you look closely, you will not hesitate to declare that this book must have been the work not of men but of angels.’ 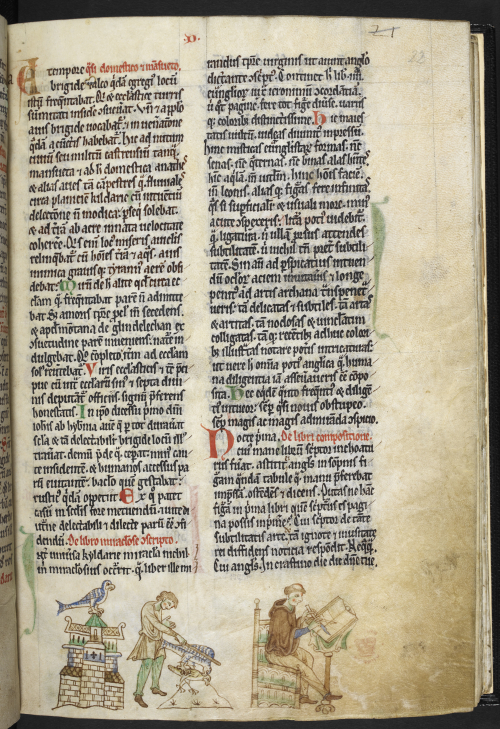 A gospel-book said to be the work of angels in the Topographia Hiberniae (England, 13th century): Royal MS 13 B VIII, f. 22r

Finally, we come to a morbid miracle, preserved in the Chronicle of Mann and the Isles. This is the only medieval manuscript to survive from the Isle of Man, describing the history of the Irish Sea region, as well as stories of local miracles. Here the chronicle tells how St Maughold punished a warrior named Gilla-Coluim, who had planned to steal some cattle grazing near his church. Summoned by a crowd of wailing women, Maughold promptly appeared to the thief in a dream and struck him a mortal blow with his staff. Gilla-Coluim died early the next morning, tormented by a swarm of flies. 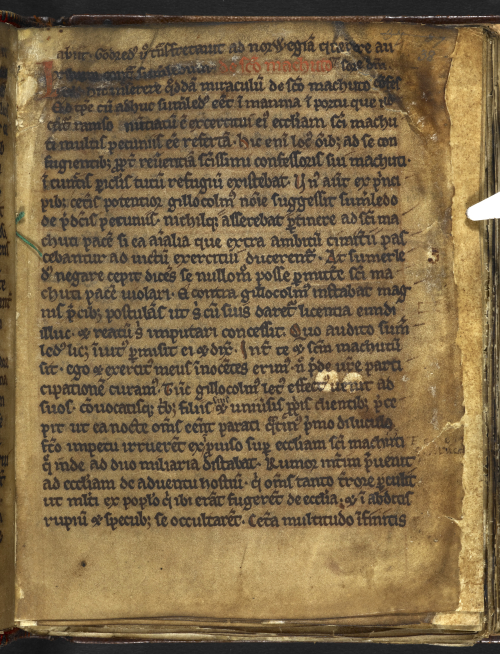 A miracle worked by St Maughold in the Chronicle of Mann and the Isles (Rushen Abbey, 13th century): Cotton MS Julius A VII, f. 38r

All five manuscripts, containing all five myths, can be viewed in the Sir John Ritblat: Treasures of the British Library Gallery, open seven days a week. Which is your favourite?

Posted by Ancient, Medieval, and Early Modern Manuscripts at 7:32 AM