As our stunning Anglo-Saxon Kingdoms exhibition comes to an end, it's time to reflect on recent discoveries that illuminate this fascinating period of early medieval history, and on the new opportunities for learning more about the past. Archaeological discoveries, such as the Staffordshire Hoard, help us to make a direct connection with 7th-century Mercia, even if we cannot be certain to whom these objects belonged or why they were buried. New advances in imaging science, such as that revealing erased manumissions of slaves in the Bodmin Gospels, as reported on this Blog, help us to uncover medieval people whose lives would otherwise be unknown to us. 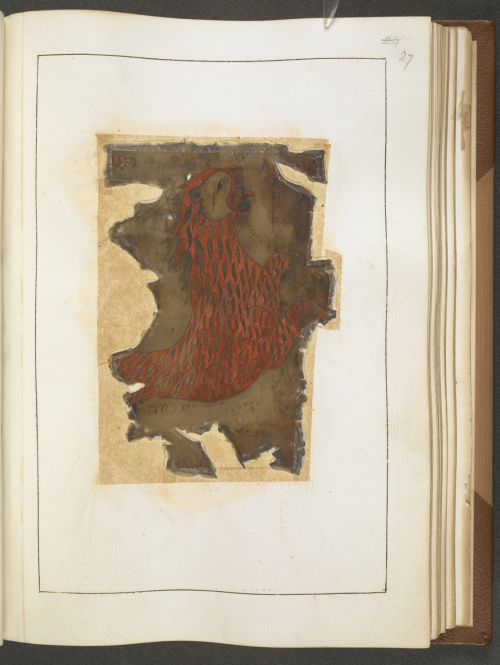 One manuscript that has probably not given up all its secrets is the so-called Otho-Corpus Gospels. That name is modern in origin, being derived from the two collections in which its twin halves now reside: the Otho press in the Cotton collection at the British Library, and the Parker Library at Corpus Christi College in Cambridge. The two parts of this 8th-century Northumbrian gospel-book had been divided by the 16th century at the latest, with one coming into the hands of Matthew Parker, archbishop of Canterbury (died 1575), and the other being acquired a few decades later by Sir Robert Cotton (died 1631). The easiest way to compare them would be to bring them physically side-by-side, as demonstrated in our Anglo-Saxon Kingdoms exhibition, when the Corpus portion was generously loaned for a short period to the British Library. But the usual separation of the manuscript is only one barrier to properly understanding it, since the Otho part was damaged severely by the Cotton fire in October 1731, leaving its parchment pages shrivelled and charred. Not only is the gospel-book no longer together, but it is no longer intact. 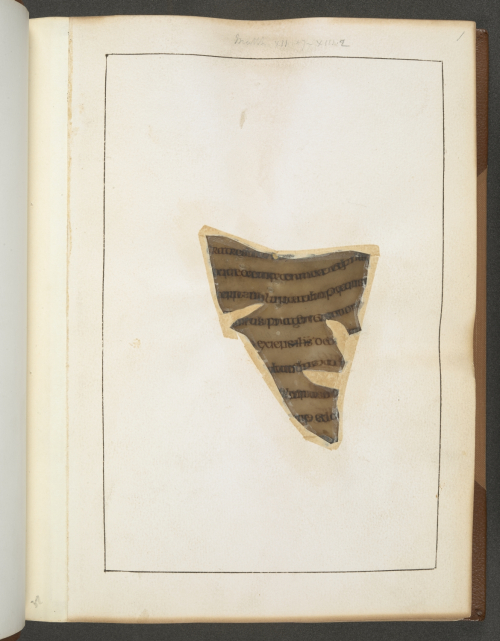 As part of the preparations for Anglo-Saxon Kingdoms, Cotton MS Otho C V was digitised in full, thanks to funding provided by The Polonsky Foundation. This complements nicely the digitisation of Corpus Christi MS 197B by our colleagues in Cambridge. Users are now able to study both parts of this gospel-book from the comfort of their own offices or living rooms. But one further feature of this dual digitisation should be mentioned here, and it is that which perhaps offers the greatest potential for furthering our knowledge of this manuscript. The British Library manuscripts digitised for our recent project can now be viewed on a IIIF viewer, and the same is true for those at the Parker Library. This means that researchers can view the images of both portions of the gospel-book side-by-side, hopefully enabling us to make more connections between them. 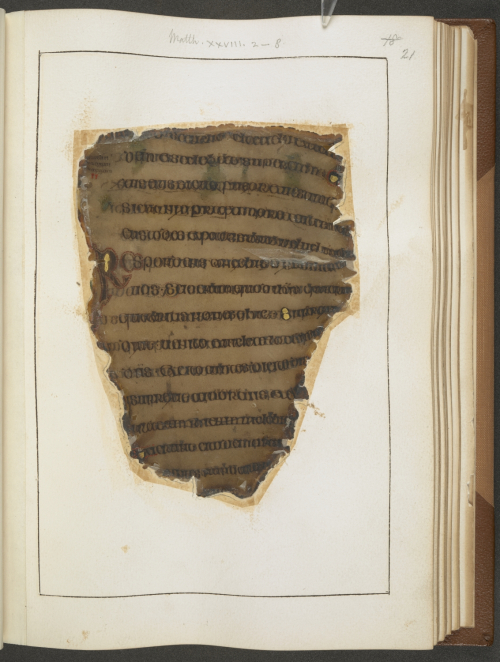 Even though the Otho portion is badly damaged, we can still tell that it was finely written and decorated: Cotton MS Otho C V, f. 21r

Why is this important? In the case of the Otho part of the manuscript, we have only 64 leaves remaining, representing the gospels of Matthew and Mark. In the 19th century, its pages were restored at the British Museum and inlaid in paper mounts, with pencil notes added in the margins to notify where the text had been identified. In the case of the Corpus Christi part, containing the gospels of Luke and John, the pages have been rearranged, as was Matthew Parker's frequent practice, which complicates investigation into them. Maybe in time their original organisation will be reconstructed, throwing new light on the manuscript's place of origin and its later use and ownership. 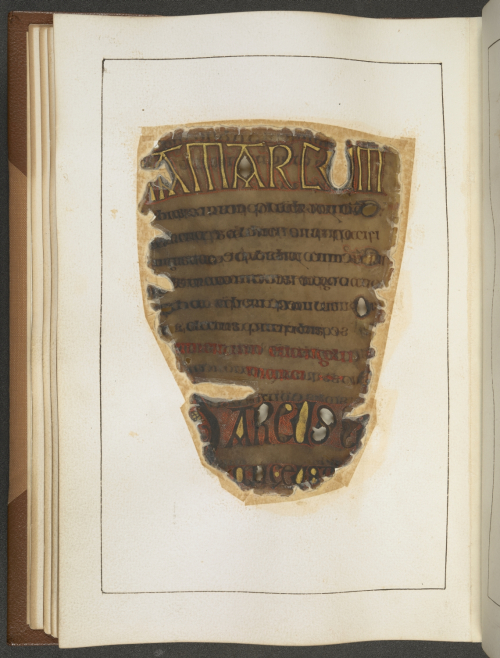 Thanks to The Polonsky Foundation, Cotton MS Otho C V can be seen on the Universal Viewer or on our Digitised Manuscripts site. Thanks to Corpus Christi College, Cambridge, their MS 197B can be seen on Parker on the Web, and you can read about it in this accompanying blogpost. We are delighted to be able to share this wonderful manuscript with you, and we hope that in time we will learn more of its secrets.