International Women’s Day has inspired us to examine how medieval women used literature for shaping their daily lives. The hundreds of prayer books that are extant from late medieval female religious communities, for example, reveal how religious women used miraculous narratives to bolster their commitment to a life of prayer. One 15th-century German prayer book (Harley MS 2841) is a good case in point. 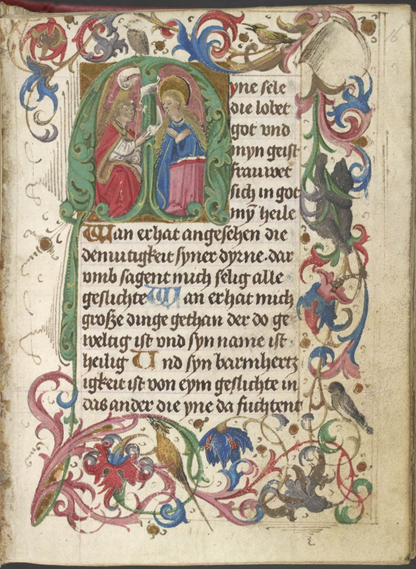 Harley MS 2841 contains prayers for personal devotion that are phrased for a woman. One of them identifies her as a certain ‘Amelia’, and although her identity is unknown, she was almost certainly a nun. An added list of female names in the same manuscript includes another, later Amelia — namely ‘Amelia Zandt von Merl’, Abbess of Marienberg in Boppard in Rhineland-Palatinate (1581–1624) — as well as her successor, ‘Maria Margarethe Zandt von Merl’ (1624–1654). 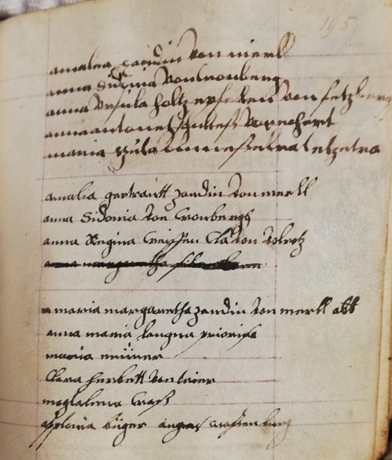 The contents of Harley MS 2841 would have been especially well-suited for a novice or newly-professed nun. It features a miracle that tells of a woman whose ‘friends’ steal her inheritance when they learn that she has entered a convent. The nun is deeply distressed, but consoled when the Archangel Gabriel appears to her and teaches her a prayer that invokes the Joys of the Virgin Mary. The reader of the prayer book is promised similar consolation if she recites the prayer together with 100 Hail Maries in front of an image of the Virgin Mary. 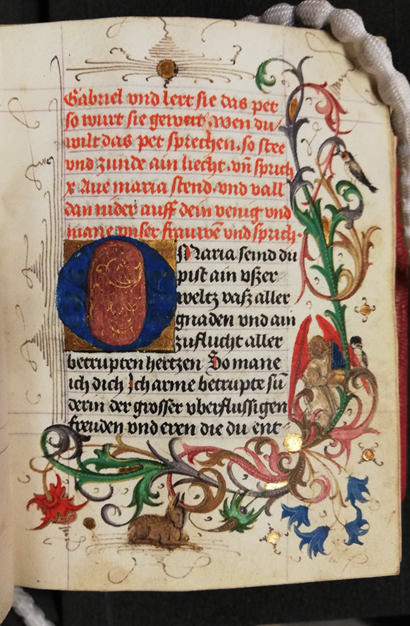 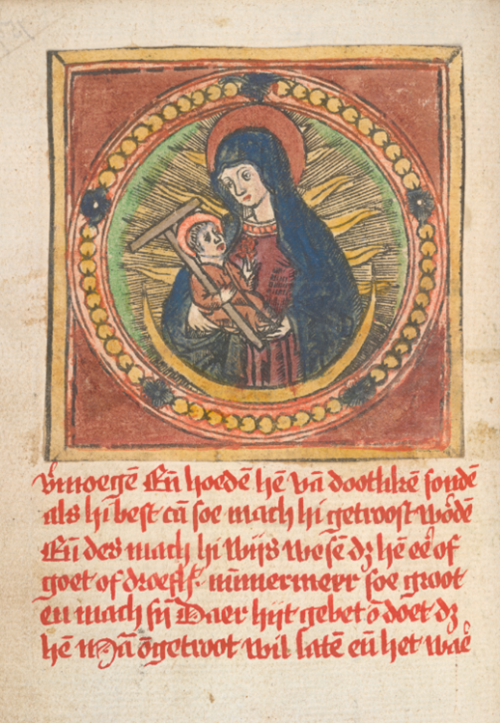 A number of female religious communities seem to have shared the miracle of the Archangel Gabriel within a literary culture they designed in support of their spiritual lives. This may have suggested to religious women that a life of prayer in an enclosed convent would provide them with divine protection and support in all their needs. But it may also have been a means for them to empower themselves against the various slings and arrows that continued to afflict them, despite being cloistered and metaphorically dead to the world. In a popular variant of the miracle, it is not the nun’s friends who distress her, but her parents, angered over her decision to enter a convent. In this sense, devotional literature could be an important means for religious women to become detached from disturbances from the outside world, and to reaffirm and celebrate their commitment to a spiritual life.