The parachute. The helicopter. The hoverboard. It's well known that all of these were invented by the Renaissance polymath, Leonardo da Vinci, who died 500 years ago. But can the egg timer also be added to this list? That is the stunning conclusion reached by researchers who have spent literally hours poring over one of Leonardo's notebooks, now held at the British Library in London. 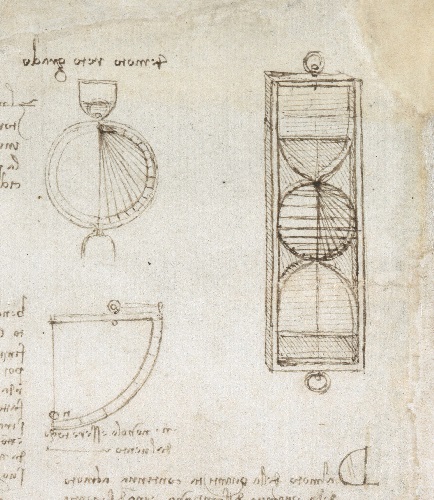 Studies of Leonardo's correspondence have revealed that he was very fond of eggs, which he enjoyed as part of a rich and varied diet. In one letter addressed to King Francis I of France (1515–1547), for whom he famously painted the Mona Lisa (La Gioconda), Leonardo noted that he would give anything for a plate of 'uova strapazzate' (scrambled eggs), washed down with a flagon of the best ale from Perugia. In a set of accounts perhaps associated with the famous painter are also listed payments for quails' eggs, alongside figs, ginger and anchovies (this may explain the Mona Lisa's enigmatic smile). 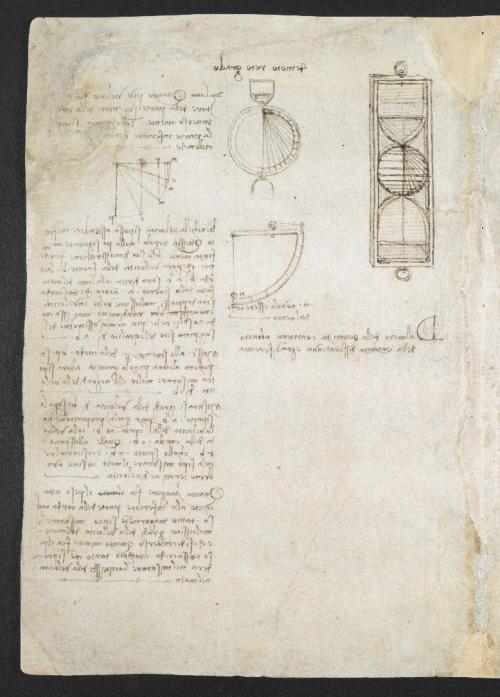 The page in question also features Leonardo's famous mirror handwriting, which he devised so that he could read it using a mirror

Leonardo's notebook is known to scholars as 'Codex Arundel' after its former owner, Henry Howard, 6th duke of Norfolk (died 1684). Leonardo da Vinci himself described it as 'a collection without order, drawn from many papers, which I have copied here, hoping to arrange them later each in its place according to the subjects of which they treat'. Many of its diagrams relate to the physical properties of water, but what has hitherto gone largely unnoticed is the drawing shown above, which some have now interpreted as an early form of egg timer.

In a forthcoming article to be published in Questa Poi, and shown exclusively to the British Library, two North American scholars, Tom Levine and Jerry Koprowicz, have demonstrated that the device in the upper right-hand corner of folio 242 verso may have been some form of primitive apparatus for timing the boiling of an egg. As Tom and Jerry conclude, it appears that sand was intended to descend from the upper to the lower chamber, via a middle capsule designed to account for variations in gravitational flow and the intercalation every 4 years of a leap second. Whether this would have enabled Leonardo to cook the perfect boiled egg remains open to question.

Leonardo da Vinci: A Mind in Motion is on at the British Library from 7 June until 8 September.