International Francophonie Day highlights the global spread of French language and culture. It is the perfect day to celebrate our great collaboration with our French colleagues in The Polonsky Foundation England and France Project: Manuscripts from the British Library and the Bibliothèque nationale de France, 700–1200.

As part of our ambitious collaborative project, we’ve digitised 800 medieval manuscripts from the two national libraries. In November 2018 we launched not one but two new project websites. One allows users to search and view all 800 project manuscripts through an innovative new viewer. We applied the International Image Interoperabitility Framework (or IIIF, as it is commonly known) standards to our images and descriptions. As a result, it is now possible to share, annotate, manipulate and download images from our 800 project manuscripts. You can also compare manuscripts side-by-side (up to four at a time!). 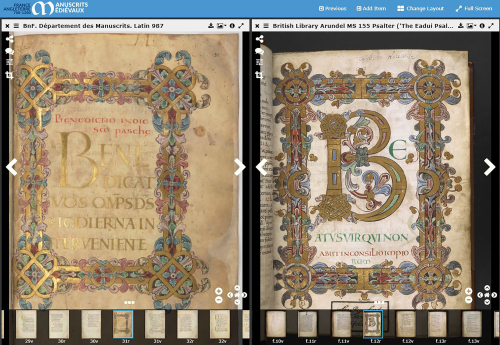 We are happy to offer our readers this massive list of manuscript identifiers, or shelfmarks, titles and URL links to the IIIF images on the new website. All of these manuscripts can be viewed in their full glory on the project website hosted by the BnF.

Excel spreadsheet of the 800 project manuscripts

PDF of the 800 project manuscripts

What is new with the project and the curated website?

On a website hosted by the British Library, we are offering our readers articles, descriptions, films and more interpreting these manuscripts: Medieval England and France, 700–1200. Everything is available in two languages, English and French – just choose your preferred language at any point of the visit. 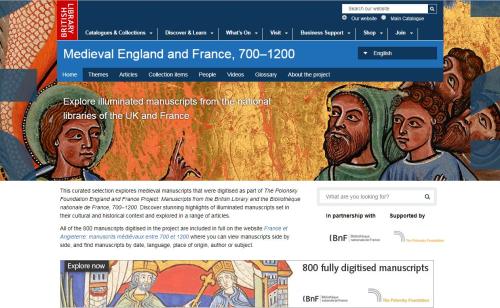 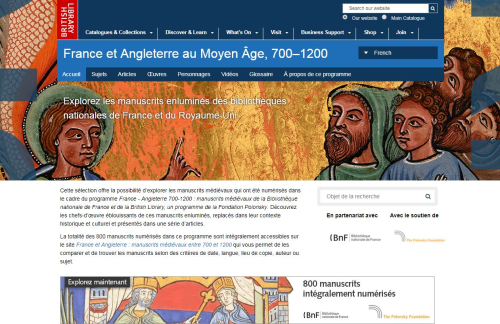 There are six broad themes covering art, history, science, religion, making manuscripts and the medieval manuscript collections today. We chose a selection of manuscripts to explore through various articles in each theme. Since the initial launch in November 2018 with 24 articles, we have added six new articles, 33 new collection items, and created new pages with biographies and maps. Did we mention the animation of the crane, inspired by a tale in an illustrated bestiary? Medieval manuscripts offer us the greatest collection of surviving medieval artwork in any media. Often, the colours are still as vibrant and the gold as glittering as at the time they were made, over 800 years ago. These books offer us wonderful glimpses of medieval culture, ideas and even individual people.

There are famous thinkers and authors, like Alcuin or Anselm, who exemplify the movement of people, texts and ideas across Europe in the early Middle Ages. For example, Queen Emma’s achievements are celebrated in a work that is the earliest surviving account dedicated to a female political figure from England (excluding saints’ Lives). 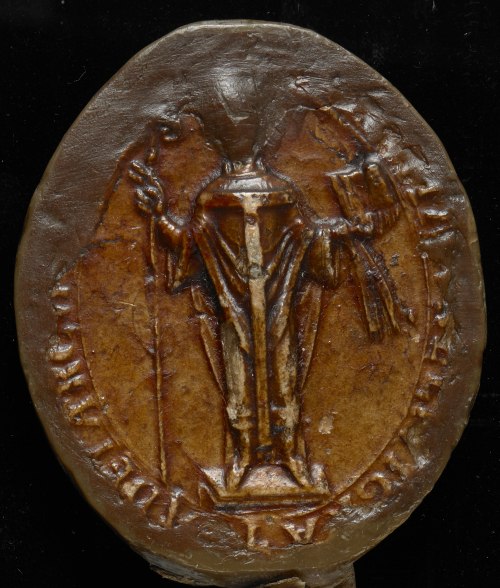 A seal of Anselm of Canterbury, containing one of the earliest surviving representations of the archbishop, attached to the charter British Library, LFC Ch VII 5

For anyone interested in medieval manuscript culture in the Middle Ages, this site is a treasure-trove. It is easy to spend hours wondering around, or you can dip in for 5 minutes at a time. With 30 articles on various aspects on manuscript culture, over 140 highlighted collection items, 10 people pages and 10 short videos, you will be sure to find something intriguing.

It was clear from the start of the project that whatever we were to do, it would all be available in both English and French.  The medieval world was multilingual. Latin was the main written language, but it was by no means the only one. Old English and different variants of written French, like Anglo-Norman or Old Occitan, were also written down. 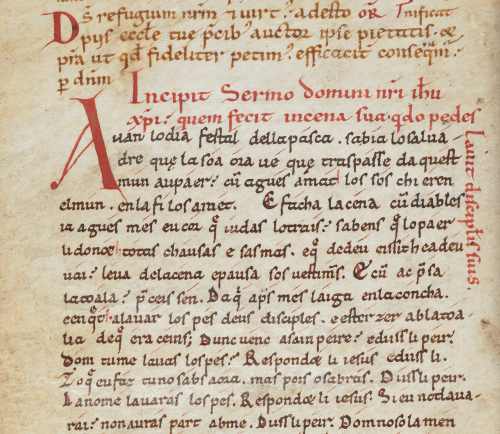 To mark today’s theme, International Francophonie Day, we took a closer look at a copy of a poem by the earliest known French poet, Philippe de Thaon (active during the first half of the 12th century). One of his works called Comput is a verse explanation of the metrics of the medieval calendar and gives instructions about how to calculate the date of Easter. In the poem’s opening lines, Philippe tells the reader he has decided to compose his text in Anglo-Norman French: Ne nest griu ne latins (it isn't Greek or Latin), but the language De la nostre cuntree (of our country), so that the users Ben poënt retenir (are able to remember well).

nor is it Greek, Latin,

or the Angevin dialect.

Rather [it] is the spoken discourse of our country:

[in it they] are able to remember well

what I want to teach them,

if they want to listen 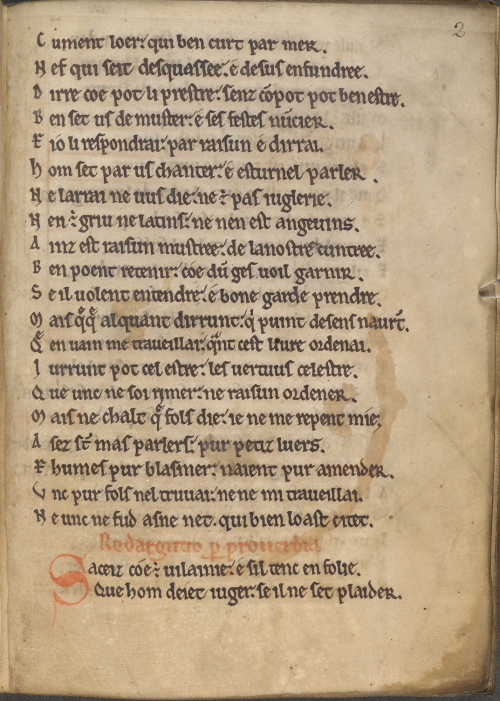 To find out more about languages present in medieval manuscripts, visit the History and Learning section of Medieval England and France, 700-1200.